Macron’s been re-elected: Now what?

Macron’s been re-elected: Now what? 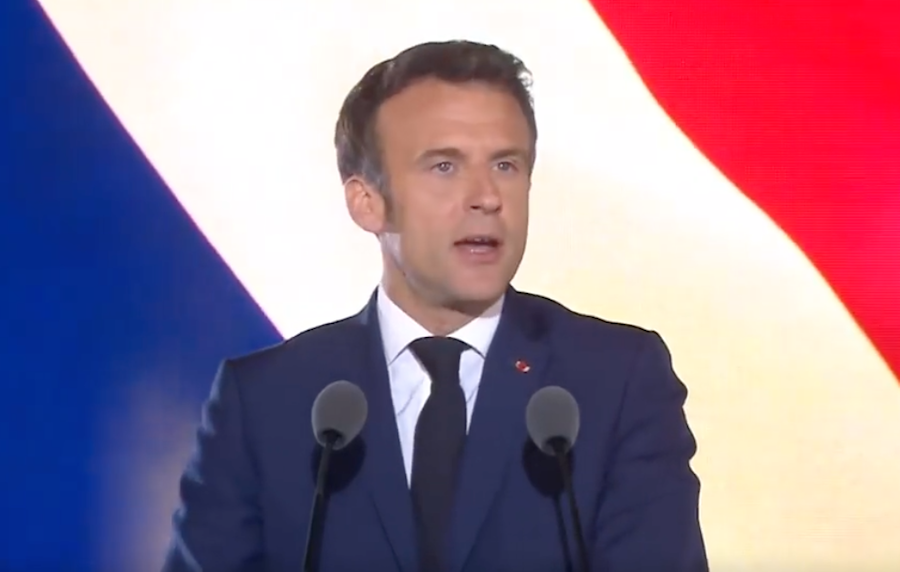 Emmanuel Macron has succeeded in securing a re-election victory, making him the first governing president of the Fifth Republic ever to do so. Now that he’s officially won though he faces a steep path ahead with a nation at odds, an economy in flux, and an upcoming parliamentary election that could still potentially render him impotent.

Emmanuel Macron, 44, secured a second term in office on Sunday, beating out rival Marine Le Pen with a solid 58.8% of the vote.

The election was notable in that it had a turnout of just 72%, the highest rate of abstention for any second-round vote in France since 1969. Meanwhile, the far-right Le Pen had a more-than-decent showing with over 13 million voters going for her brand of politics, showing just how divided France currently is.

It was a close call in the Alpes-Maritimes department, where Macron narrowly secured a majority of 50.1%. Le Pen, however, took the majority in the neighbouring Var department with 55.1% of the vote. Macron’s strongest support came from the northern department of Yvelines, where 71% of voters backed the incumbent.

Macron’s win is, thus, imperfect at best. Voters showed displeasure for both candidates by either abstaining at a massive rate or by casting a blank ballot, which accounted for around 12%.

But now that he has secured five more years, the president has some serious challenges and priorities to address.

The first hurdle concerns the parliamentary elections being held on 12th and 19th June. His La République en Marche (LaREM) party and their political allies will need to secure a majority of 289 in the 577-seat lower house.

The first round of the elections showed French voters are aligned across not two, but three axes – the radical left, the centrists and the far-right, making this upcoming election far from a sure thing for Macron and his coalition. Without obtaining a majority in parliament, Macron’s wiggle room is significantly curtailed, and his government will not be able to push through legislation promised during the campaigns.

Macron has said his government will be open to “anyone who supports his project” but coalescing these disparate factions may not be easy. His ace in the hole will be the environment, making this hot-button issue one to lure in those from the far-left to solidify his government.

Macron faces a populace who is unhappy about current economic conditions, with cost-of-living issues being of great concern. To ease the burden on those feeling the squeeze, he has said he will maintain caps on gas and electricity as well as offering a government rebate at the pumps if petrol prices continue soaring. He also has a loose framework to give more support to low-income and self-employed workers.

The incumbent is still pushing ahead with the unpopular reform to the pension scheme, raising retirement age to 65 by 2031, except for those whose occupations involve hard physical labour. While the French electorate on the surface balk at this change, there are many who understand that this is needed. It is thought these measures will be in place by autumn.

To soften the blow, he has vowed to meet with union leaders and employers in summer but has said determinedly that he will not back down on this point, declaring it a necessity to keep the economy ticking along. Protests are expected.

The president is also planning to open discussions on education reforms, including more school autonomy and better provisioning for rural establishments. He also wants to see more police on the streets and an uptick in the number of magistrates and judicial support workers.

On the international scene, it is thought there will be a continuation of his current policies, which focus on defending western values and being at the forefront of international relations as a notable world leader.

Despite the pre-election barbs and anger, it should be considered that his re-election was not entirely unwelcome by millions of average French citizens. By and large, many in the population don’t find him all that bad, having kept unemployment down, managing the pandemic fairly well and vocally standing up for Ukraine in the war.

Now to see if the campaign rhetoric holds and the if public get a different kind of Macron this time around, one who is a better listener, less of a know-it-all, and more of a healer.