Mahmood and Blanco are heading to Eurovision

Mahmood and Blanco are heading to Eurovision 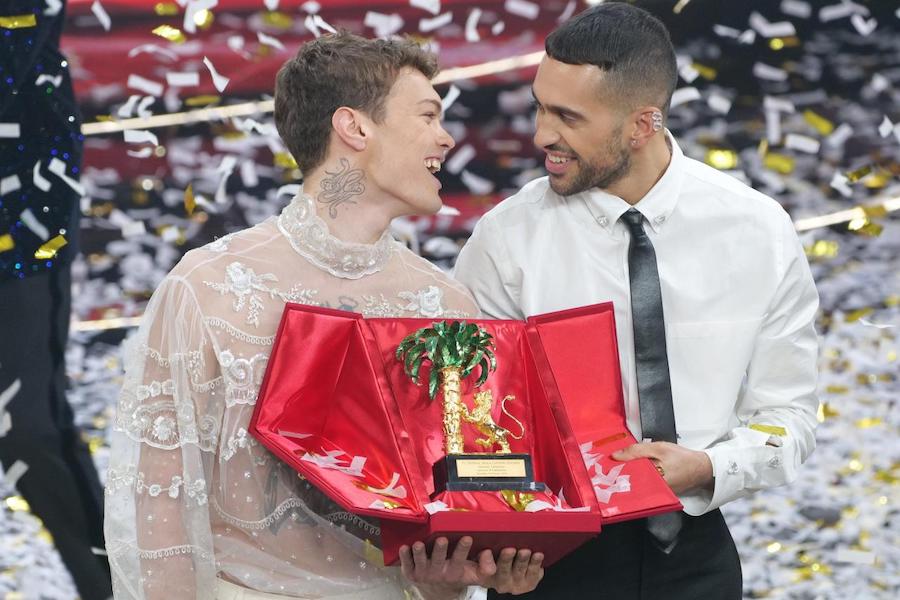 The San Remo Music Festival, the longest running annual televised music festival in the world, ended on Saturday night with Mahmood and Blanco being crowned as champions, sending them on to represent Italy at the Eurovision 2022 competition coming up in May.

Now considered something of a national treasure, the San Remo Music Festival has been in existence since January 1951 and was conceived of as a way to help revitalise Italy’s faltering economy after the effects of World War II.

The 2022 edition of the festival ended on Saturday 5th February with new winners and a peak audience of 16.3 million viewers according to Italian national public television network RAI. The average viewership during the entire five-day competition sat at 11 million live watchers, a huge coup for the event and the station.

The three finalists for the event were Elisa, Gianni Morandi and Mahmood and Blanco.

In the end, it was the duo of Mahmood and Blanco who stole the show, with their ballad BrividiI, which translates to Frission in English. The contemporary pop ballad will have legs as it travels to the Eurovision 2022 competition taking place in Turin, in their home country, on 14th May.

This will be Mahmood’s second trip to Eurovision, having performed for Italy in 2019 with his song Soldi, finishing second in Tel Aviv.

Fans of the long-running event were overjoyed at its return after last year’s forced cancellation due to the Covid pandemic. Hosted by Amadeus, the spectacle saw over 100 performances between competitors and guest acts, and the show often went late into the night.

Click here to watch the performance by Mahmood and Blanco.