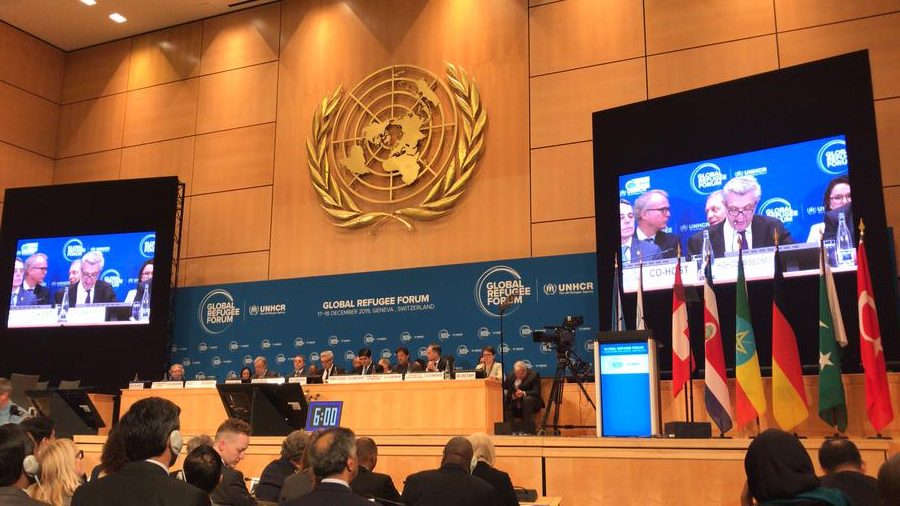 A delegation from Monaco has taken part in the first World Refugee Forum, where important pledges were made for better refugee inclusion, education and jobs.

The forum was jointly organised by the United Nations High Commissioner for Refugees (UNHCR) and Switzerland, and took place on 17th and 18th December 17 in Geneva.

Debates focused on the sharing of burdens and responsibilities, education, employment and livelihoods, energy and infrastructure, solutions, and capacity for protection.

This, the first forum of its kind, brought together more than 3,000 participants, including refugees, and 750 delegations, and provided an opportunity for member states of the United Nations and other stakeholders to highlight their main achievements and share their good practices.

It also gave them an opportunity to make pledges and detail concrete actions to advance the objectives of the Global Compact on Refugees, which was affirmed by UN member states in New York in December 2018. Under the Compact, Global Refugee Forums take place every four years.

“Public support for asylum has wavered in recent years. And in many cases communities that host refugees have felt overwhelmed or forgotten,” said UN High Commissioner Filippo Grandi. “But refugee situations are ‘crises’ only when we let them become so, by thinking short term, by failing to plan or work together across sectors, and by neglecting the communities they arrive in. At this forum, we have seen a decisive shift towards the longer-term view.”

An initial analysis indicates that there were also major financial pledges. Up to US$2.2 billion was pledged by the World Bank Group to be available for a dedicated funding window for refugee and host communities in low income countries over the next three years.

In addition to humanitarian and development pledges, more than US$250 million was pledged by business groups. At least 15,000 jobs will be available to refugees through these initiatives. There will also be some 125,000 hours per year of pro bono legal counselling.

The Principality is a partner of the UNHCR, with which it has engaged in a cooperation agreement since 2010, and has developed partnerships in Africa and the Middle East. Monaco also supports research carried out by the High Commission on forced displacement due to climate change.