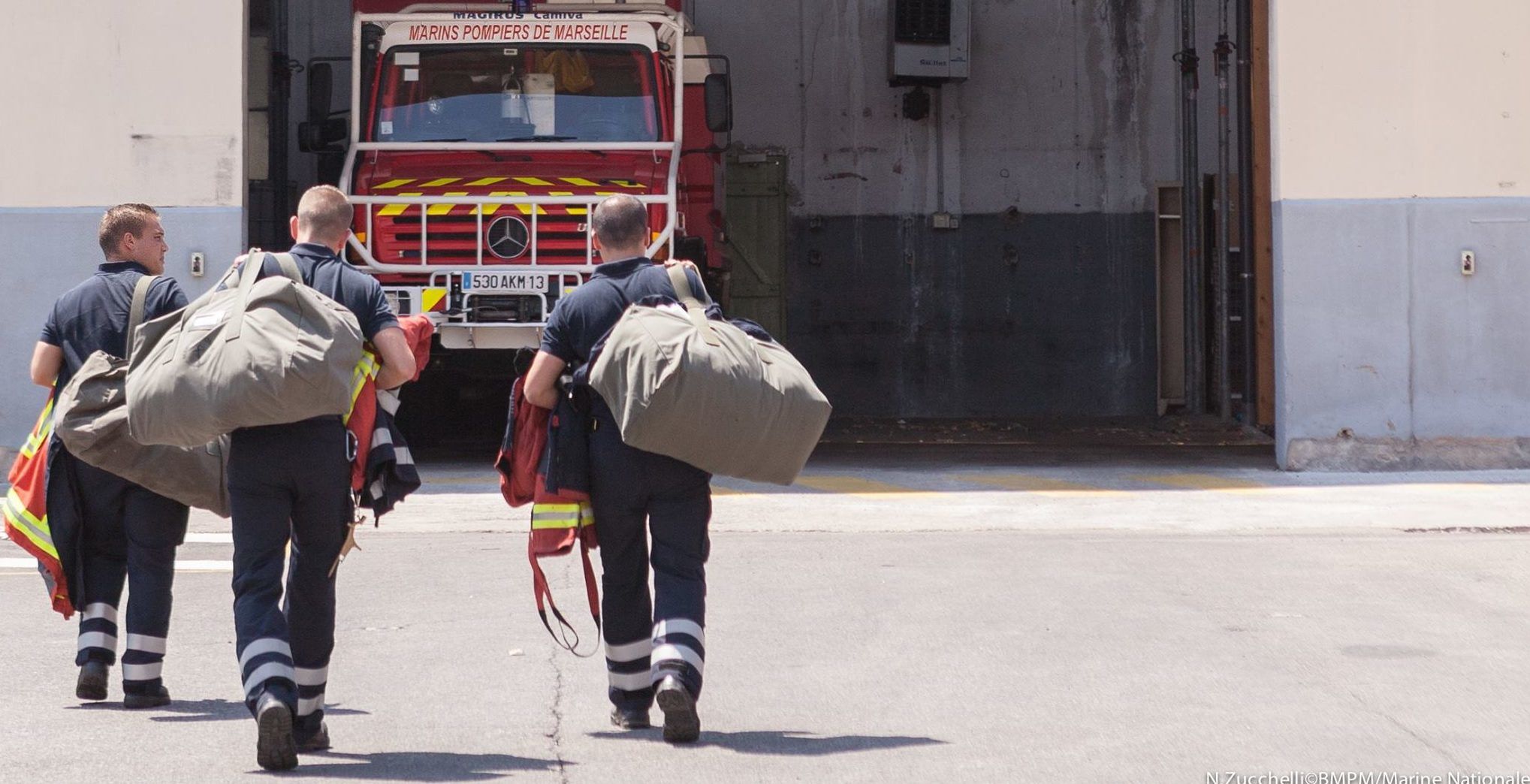 At the peak of the holiday season, the most serious fires to hit the south of France in recent years continue to devastate large areas around St-Tropez. By Wednesday afternoon, 3,200 hectares had been burned in the Var, and police are investigating the possibility that the fire near the resort town of Borme-les-Mimosas had been set deliberately.

On Tuesday, 10,000 visitors and residents had been evacuated from the area as a precaution. Hundreds of tourists spent the night on the beach at Cap Bénat, a rocky peninsula, with reports of children being frightened and alarmed.

Nine firefighters were injured battling the blazes. A total of more than 4,000 firefighters and military personnel have been dispatched.

President Emmanuel Macron used Twitter to show his support for the those battling blazes on Wednesday. “Admiration and courage for those who are fighting tirelessly against the fire ravaging some of our territories,” the French president said.

A total of 100 fire-fighting operations had been initiated since Monday, and while some smaller fires were brought under control on Wednesday, the vast number suggests arsonists at work. High winds and a lack of rain have spurred the fires.

In his function as President of the Scientific Commission of the Mediterranean (CIESM) HSH Prince Albert received the German Ocean Award (“Deutscher Meerespreis”) on September 12 in Kiel, Germany. The prize offered by GEOMAR Helmholtz Centre for Ocean Research Kiel and Deutsche Bank is awarded annually and comes with prize money of €10,000. As President of CIESM, Prince Albert inaugurated the 41st International Congress of the Mediterranean Commission, which took place in Germany for the first time since the country joined this organisation in 1969. The international congress is attended by more than 500 scientists from 50 countries. Monaco is well known by marine scientists. The Oceanographic Museum of Monaco founded by Prince Albert I has an excellent reputation. For many years the famous diver and marine biologist Jacques-Ives Cousteau was director of the museum. Beyond the museum itself, Monaco has been engaged in marine research for more than 100 years, and CIESM was founded in 1919 on the initiative of Prince Albert I. CIESM is an intergovernmental organisation for the promotion, coordination and planning of scientific exploration of the Mediterranean, based in Monaco, with 23 member states and the current president is Prince Albert II. Prince Albert II has long been committed to the protection of the oceans. For example, in 2006 he established the Prince Albert II of Monaco Foundation for the protection and preservation of world threatened ecosystems to draw attention to problems such as global warming and acidification. Handing the award to Prince Albert, Professor Peter Herzig, Director of GEOMAR, said: ”With this award, we also recognise the long-standing commitment of Prince Albert II to the research, preservation and protection of the oceans.” Past prize winners include Dr Joe Borg, formerly the EU commissioner for Maritime Affairs and Fisheries; Prof Dr Boris Worm, internationally renowned as a marine ecologist; and Prof Dr Klaus Töpfer, formerly the executive director of the United Nations Environment Programme (UNEP).

Local News Stephanie Horsman - November 5, 2020
AS Monaco Basketball’s season has ground to a halt this November, however organisers are hoping to have games broadcast live to keep the team spirit alive.