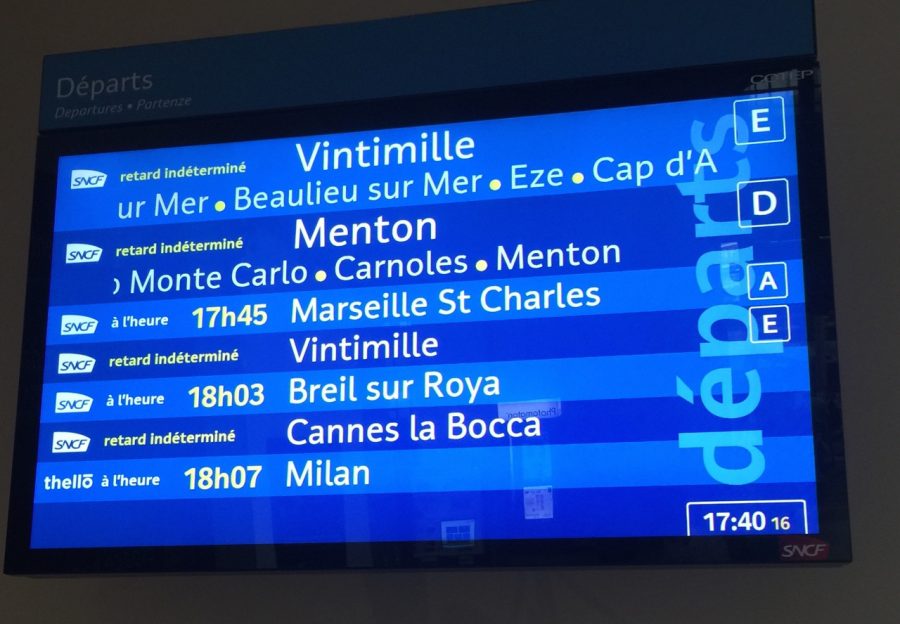 France’s main unions are set to stage unlimited strikes in December, particularly next week, with train and air travel expected to be severely disrupted.

The strikes are due to begin on Thursday 5th December and will involve unions representing rail workers, public transport employees, teachers, airport crew and postal workers.

Some unions will continue the strike action indefinitely throughout the month of December, while others have signalled that they will only be involved on the 5th December.

Commuters are being encouraged to find alternative ways into and out of the Principality on Thursday – or avoid travel altogether – as transport is expected to be heavily disrupted. The extent will not be known until 3rd December when SNCF releases a revised timetable.

Roads are also expected to affected as two of the unions representing hauliers have announced that they are also joining the strike, which could lead to blockades and rolling road blocks.

Meanwhile, ‘yellow vest’ protestors will likely join the action with demonstrations at toll stations on the motor way and other major thoroughfares.

French unions are striking over government plans to rehaul the pension system.