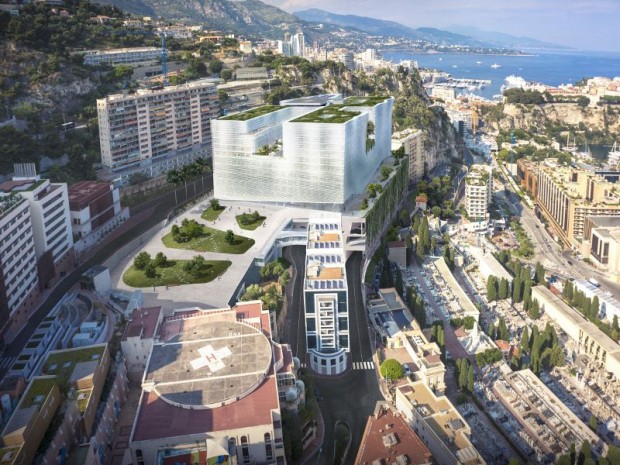 The Prince’s Government of Monaco has recruited Vinci Construction to undertake the structural work and covered enclosure of the new Princess Grace Hospital Centre, paving the way for phase one to commence.

The contract, worth €98 million, involves the construction of the first new building consisting of two sets of 16 levels and an underground car park on six levels for a total floor area of ​​65,000 m2.

This major operation for the Principality is part of the expansion and modernisation of the Princess Grace Hospital Centre. It will be carried out in the immediate vicinity of the existing hospital without interrupting its activity, in a dense urban environment located in an earthquake zone. The Vinci Construction teams will carry out all the execution studies digitally using Building Information Modelling (BIM).

Vinci says that an acoustic protection dome will be put in place during the earthworks and support phase to limit noise pollution. Made up of 70 cables with a span of 37 metres covered with 2,800sqm of acoustic tarpaulins, it will reduce site noise by up to 12 decibels.

The project is part of the Exegy approach launched by Vinci Construction, aimed at reducing its carbon footprint. 85% of the concrete used on the project will be low carbon, with a formulation that reduces greenhouse gas emissions by 30%. In addition, the bioclimatic design of the envelope will contribute to the thermal comfort of the building, which is aiming for high performance certification.

The hospital complex will feature concrete corrugated louvres on its entire facade, providing patients with plenty of natural light and a sea view for the majority of rooms.

Phase two will see the commissioning of the operating theatre section and specialist rooms, while the end of phase three will mark a fully operational CHPG.