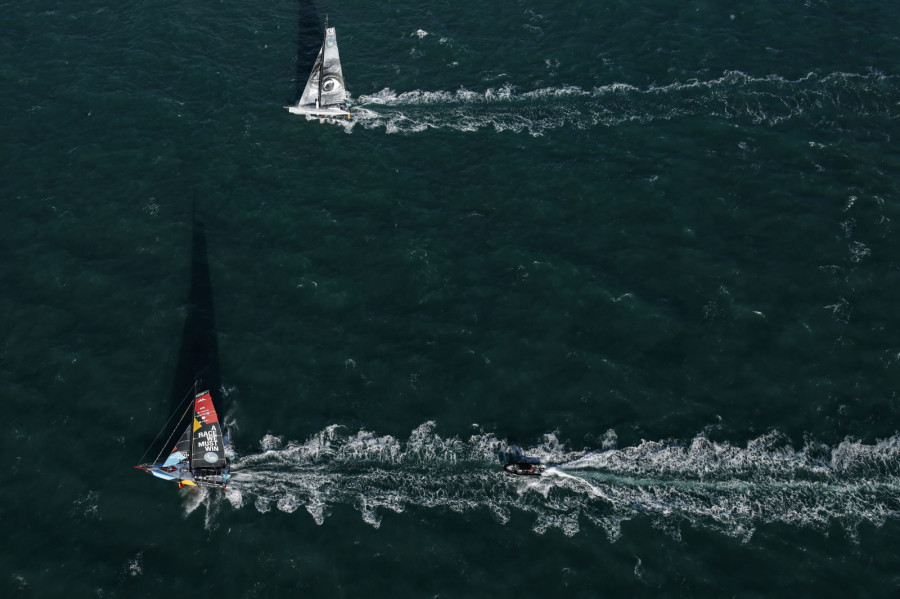 The 12th edition of the delayed Route du Rhum got underway on Wednesday, as 138 sailors, including two Yacht Club of Monaco members, set sail for Guadeloupe.

In what is a first for the Route du Rhum, which has taken place every four years following its creation in 1978, the race to the Caribbean was delayed due to dangerous weather conditions in Brittany on Sunday. But proceedings did finally get underway at 14:15 on Wednesday, with boats and fans lining the coast for kilometers down the coast at St Malo.

Monaco Yacht Club member Boris Herrmann, sailing on the Malizia-Seaexplorer, is sailing towards the front of the pack following the afternoon’s departure from St Malo. Having set off from the North-westerly seaside town, the flotilla are heading down the coast, past Île d’Ouest before traversing the Atlantic.

Professional sailor Herrmann is currently seventh, just over 37 nautical miles away from leader Louis Duc, aboard Fives – Lantana Environment. Hermann is riding for Team Malizia, founded by Pierre Casiraghi. Getting to the start line in Northern France was the fruit of 18 months of work, carried out by 250 people.

Meanwhile, another Yacht Club of Monaco member, amateur competitor Oren Nataf, sailing the Rayon Vert in the Rhum multi category, is currently in 136th. He is around 137 nautical miles off the leader.

The race is expected to last six days, with the first to cross the finish line in Guadeloupe in each category taking the prestigious prize.