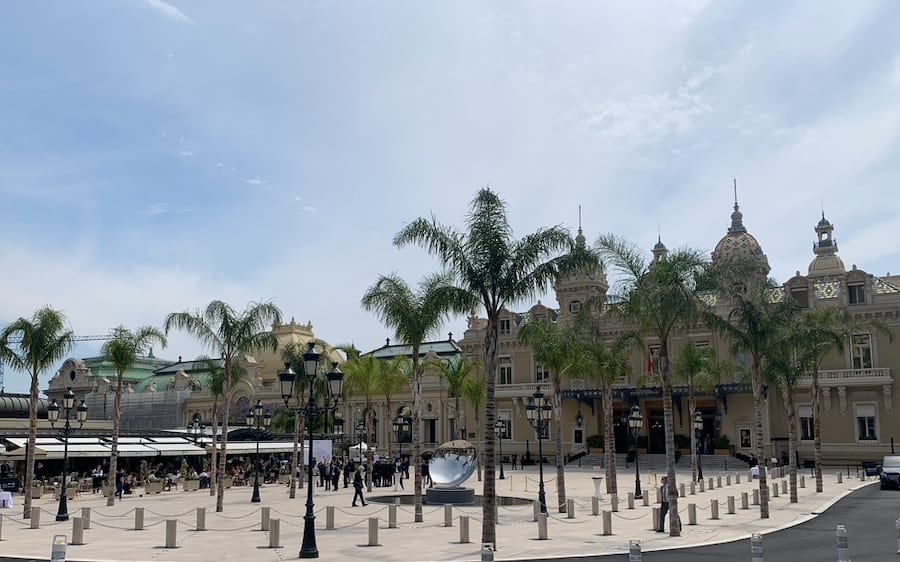 The Monaco government has announced that masks will be mandatory in popular outdoor hotspots from Wednesday, including Casino Square and the Palace Square.
During a press conference on Tuesday afternoon with Minister of State Serge Telle, Minister of the Interior Patrice Cellario, and Director of Labor Pascale Pallanca, the government revealed its latest action amid rising Covid numbers in the Principality.
Just days after Prince Albert revealed that he was strongly considering the compulsory wearing of masks in public areas, the Minister of State confirmed the mandate.
“General deconfinement in Europe and the busy summer season have created new cases of coronavirus,” said Serge Telle. “We must be very vigilant and responsible”.
Monaco has registered 133 positive cases of Covid-19 since testing began, including 113 who have fully recovered. The last positive cases in Monaco were, for the most part, people who were infected outside of the Principality. To date, only one resident has died from coronavirus.
The latest mandate follows the government’s recent decision to make masks compulsory in queues and at large venues such as Stade Louis II for the upcoming Herculis EBS athletics meet on 14th August.
As of Wednesday 12th August, people will be required to wear masks in the Place du Palais, the streets of Monaco-Ville, the Place du Casino and the area surrounding the Fontvieille shopping centre.

Photo of Casino Square by Monaco Life, all rights reserved