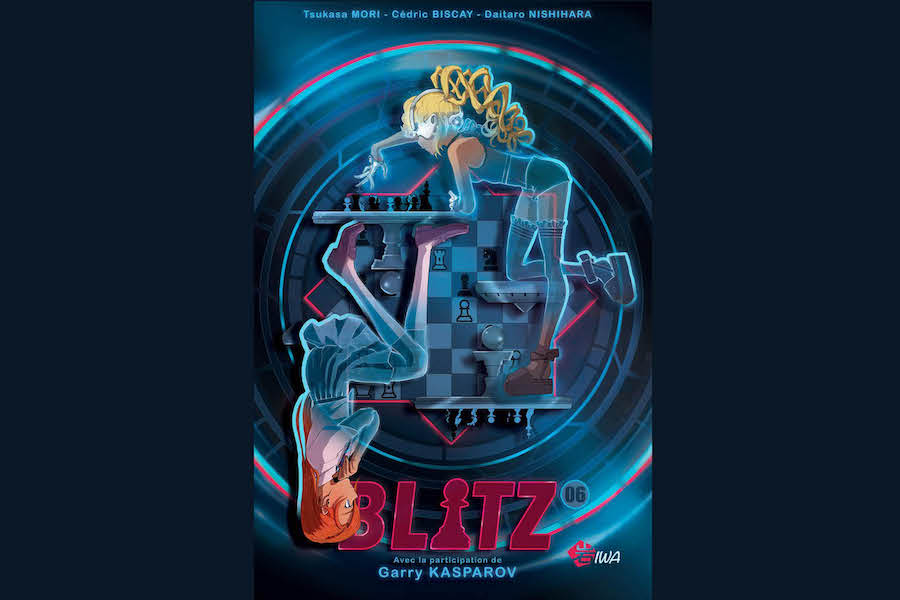 Monaco’s very own manga series, Blitz, is set to launch its sixth volume in just two years, finding huge success with an unlikely topic and putting author Cédric Biscay firmly on the map.

In a short 24 months, manga Blitz has gone from risky endeavour to bona fide hit.

The series, which combines the worlds of manga and chess, is the first manga produced between Monaco, France and Japan and has sold 50,000 copies to date in France alone.

The success is such that at Blitz’s recent focus week at Dubai World Expo, they were joined by Maxime Vachier-Lagrave, the current Blitz World Champion, and Sophie Milliet, European champ and six-time French champion. During this visit, the author disclosed a bit of insider news about the upcoming edition, a boon for fans gasping to see the next instalment.

“I have just returned from the Dubai World Expo,” Biscay said, “where I was able to see the installations dedicated to Blitz in the Monaco Pavilion. It was really great to play chess with the visitors and participate in such a great international event. I would like to take this opportunity to also announce that two great personalities from outside the world of chess will appear in Volume Six.”

The new story will be released on 25th February and follows the main characters to Kyoto, where they are involved in a national tournament. Some characters will reveal their true colours, and the main antagonist becomes clearer.

Blitz has gone from simple manga to sensation and even boasts an app, produced by Shibuya Productions, the manga’s publishers, which allows players to compete in matches with other fans or against the computer.

Blitz is special in that it also has world famous chess champion Gary Kasparov on board to help keep the chess match scenes relevant and true-to-life. Adding thrilling chess play to manga excitement, Volume Six is sure to become an instant success when it hits the shelves later this month.