For those wanting a rich and enlightening activity in Monaco, then look up towards the Jardin Exotique, where prehistoric Monaco can be discovered.

Prince Albert I of Monaco, the great-great-grandfather of the current Sovereign, was a promoter of oceans and science, but he was also fond of archaeology. The Prince founded the Museum of Prehistoric Anthropology (MAP) in 1902 “with a view to conserve the relics of primitive humanity excavated in the Principality and neighbouring regions”.

For many years, the Prince had sensed the potential of the “Observatory Cave” to the northwest but it wasn’t until 1916 (five years after he introduced the constitution to the Principality) that a construction project revealed archaeological vestiges. Over the following four years, Canon Léonce de Villeneuve, the first Director of the Prehistoric Anthropology Museum in Monaco, oversaw excavations. (The Anthropology Museum moved to its current home at 56 bis boulevard du Jardin Exotique in 1959.)

Across the year, various events, including exhibition previews and special guided visits are held for members, and when weather permits getting together on the Museum terrace with breathtaking views of the Rock.

In spring and winter, outdoor visits and discovery walks with a special archaeological and anthropological focus are regularly organised in the region, like at the Balzi Rossi Caves in the village of Grimaldi in Ventimiglia.

Members also have the opportunity to take part in Monegasque cultural and scientific heritage workshops, for 6 to 10 people, which take place in MAP’s research laboratories. These workshops, like all of the association’s events, are included in the annual membership fee: a very modest €20.

The Monaco Prehistory Association also puts on fascinating conferences by international researchers and professors, who come specifically to the Principality to share their scientific discoveries.

Dr Noisette Bec Drelon, from Aix-Marseille University, will be the next guest speaker on Friday, March 9, at 6 pm, when she will discuss European dolmens or sacred tombs. Entry is free but reservation is required (+377 98 98 80 06).

As you can see, the Association monégasque de Préhistoire provides a backstory to Monaco that you won’t find in a travel book. For more on membership, see map-mc.org.

Monaco Insider: Will you be my Valentin? 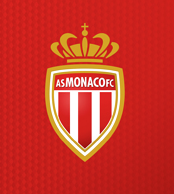