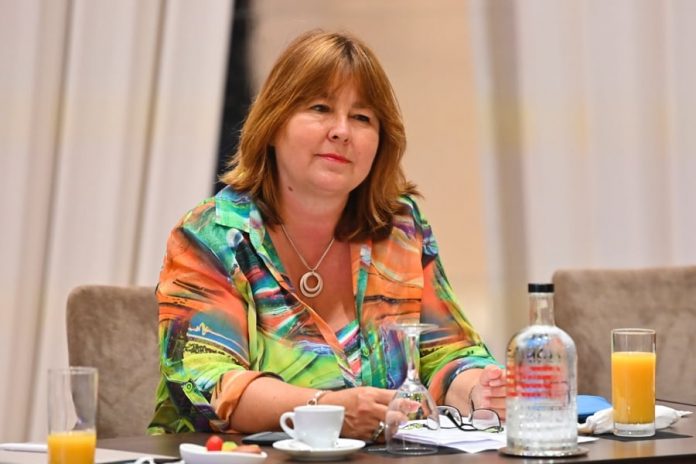 Minister of Public Works, Environment and Town Planning Marie-Pierre Gramaglia has announced she will be retiring from her post on 1st September.
After more than a decade heading up the Ministry of Public Works, Environment and Town Planning, Marie-Pierre Gramaglia will be departing her position on 1st September, making way for Céline Canon-Daigoni to take her place.
Gramaglia has been a trailblazer in the Monaco government, being the only woman currently to head a governmental department. On top of this, her job was to oversee construction projects in the Principality, a traditionally masculine field.
Gramaglia was trained at the Centre for International Intellectual Property Studies in public and private international law and also became a qualified notaire. She started her career in the private sector before turning to public service in 1993. Amongst her many roles, she was technical advisor to the Finance Department in 2005 and Director of Electronic Communications in 2008.
In 2011, she was elevated to her current position where she became known as “Madame Chantier”.
Canon-Daigoni, who is a graduate of University of Aix-Marseille and IAE Lille, followed up her undergraduate studies by going on to obtain a Master of Science at Staffordshire University.
She started out at auto parts manufacturer Mecaplast before joining the management team at the Department of Economic Expansion, then Fiscal Services from 2001 to 2010. After, she was named Secretary General to the Department of Health and Social affairs, where she simultaneously took on the role of Deputy Chair at the Monaco Institute of Sports Medicine. In 2018, she took on the job of Secretary General at the Oceanographic Institute.
Now she will overseeing the Principality’s construction projects, including the new expansion of the Princess Grace Hospital.