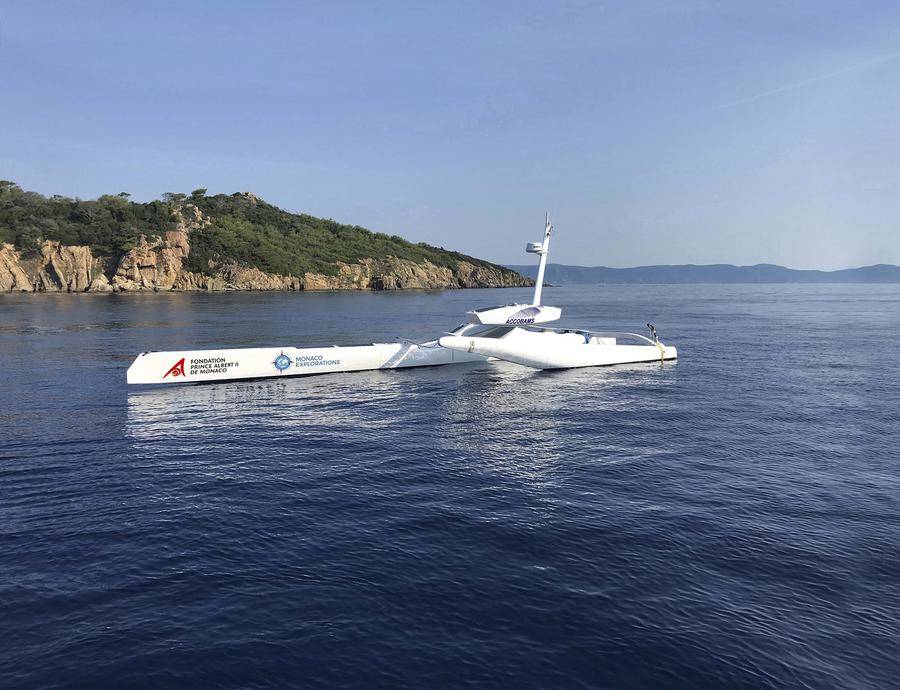 A new drone-supported sea mission has been launched by the Prince Albert II Foundation and the Monaco Exploration Society to study marine mammals and environmental impacts.

The three month long study, which will focus on cetaceans such as Sperm whales, Risso dolphins, and Cuvier whales, will be supported by two 20 metre surface drones that will track the movements of marine animals over a 2,200 kilometre stretch of sea, running along the Ligurian current which spans from Toulon to Genoa via Corsica and the Balearic Islands.

These species, who have the capability to travel to extreme deep water locations, are of great interest as they have sophisticated communication systems, making tracking and recording of their actions possible.

The state-of-the-art drones are fitted with special high-tech microphones called hydrophones for use underwater, and they allow 3D tracking of the cetaceans over a six kilometre radius going as deep as 2,000 metres. They are completely self-sufficient and “clean”.

Bertrand de Lesquen, director of Marine & Oceans Magazine, is coordinating the mission along with operational director and designer of the Sphyrna drones Fabien de Varenne. Professor Hervé Glotin from the University of Toulon will serve as scientific director.

In total, a dozen scientists will join the mission to ensure proper collection and analysation of the data collected along the way.

The mission commenced in Monaco on 20th September and will end its journey by the middle of December, when it will return to the Principality.

It is the first time that a broad moving study of this kind has ever been attempted over such a large swath of sea.