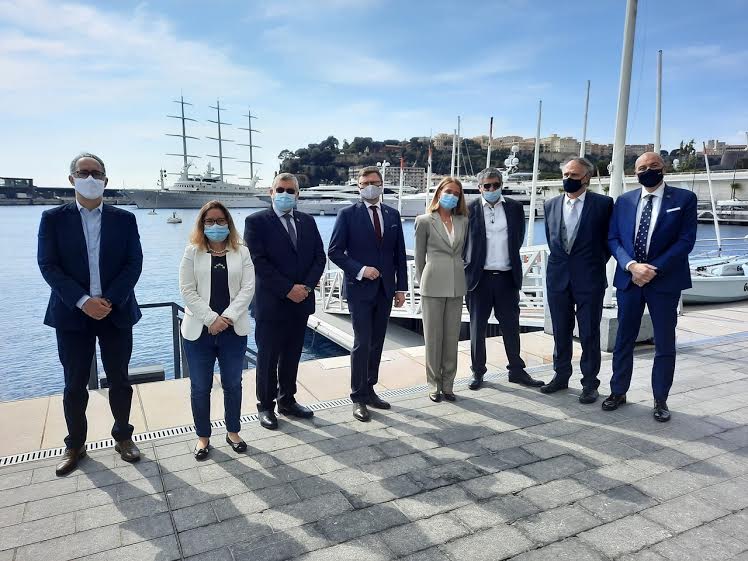 Two intergovernmental organisations dedicated to marine sciences and based in the Principality have agreed to continue working together to find ways to protect and increase knowledge of the seas.

The renewal comes as several international initiatives are being launched regarding sustainable use of the world’s oceans, such as the United Nations Decade of Ocean Science. The timely announcement also took place during Monaco Ocean Week, an event led by the Prince Albert II Foundation, the Scientific Centre of Monaco and the Oceanographic Museum to promote ocean sciences and conservation efforts.

The specifics of the cooperation agreement include working together to map the seabed, monitoring marine environment changes, obtaining data and contributing to global ocean initiatives.

The partnership is also collaborative in that the exchange of experiences, training and knowledge is reciprocal, and that technical advice is shared in order to strengthen marine policies from international conventions and organisations.

Dr Mathias Jonas, Secretary General of the IHO, underlined the complementary nature of the two organisations who, he says, are both “committed to increasing our knowledge of the oceans through regional and international cooperation”. He added that “this work will provide valuable background data for the region”.

The IHO was established in 1921 and currently boasts 94 member nations. The association coordinates activities of the national hydrographic offices in order to promote uniformity of marine-related data and documents. Additionally, they publish sea surveys and provide guidelines on the best use of hydrographic data amongst member states.

The CIESM was founded in 1919 to encourage research in the Mediterranean and Black Seas to better understand, monitor and protect the region’s marine environments. They organise workshops for marine professionals, as well as regular collaborative programmes and conferences and provide independent expert advice to national and international agencies.