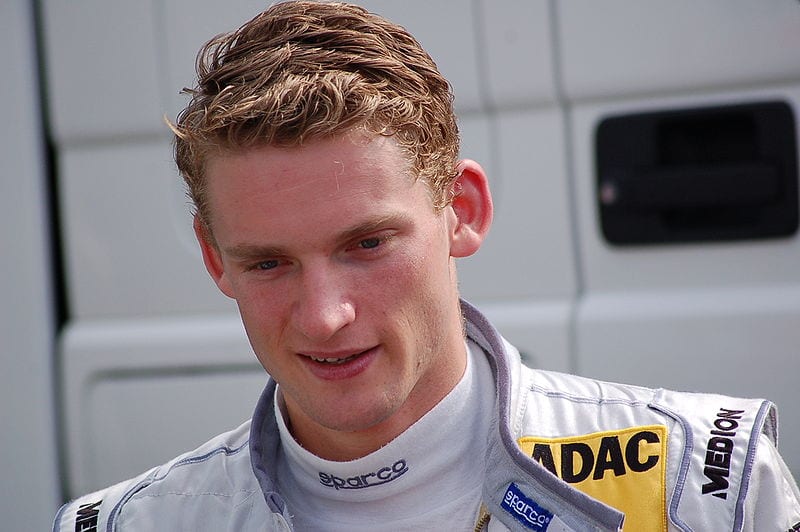 Venturi, the Monegasque Formula E pioneer, has chosen a new driver to replace Briton Mike Conway. Maro Engel, a German national, grew up in Monaco and is a childhood friend of Nico Rosberg.

Engel is an experienced Formula 3 driver and in 2008 and 2011 was champion of the German touring car competition. The 30-year-old has also competed the Macau GT Cup, and at the Nürburgring on May 29 this year.

Venturi will be at Donington Park from August 23 to 25 for pre-season tests before moving on to the season opener in Hong Kong. Formula E comes back to the Principality on May 13 next year, ahead of the traditional Monaco Grand Prix, before moving to Paris on May 20.

Venturi has staked its future on success in Formula E. 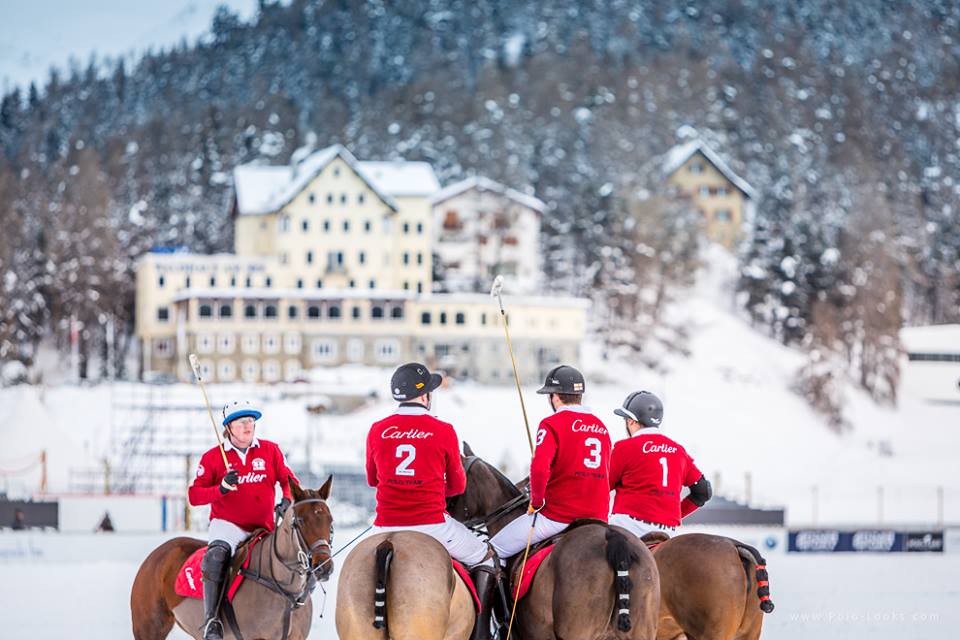 Photo: Facebook Snow Polo World Cup St. Moritz[/caption] On Sunday, March 26, the association X-Hybrid put on a performance in memory of Laura Borla, the young girl who died, along with 85 others, during the Bastille Day attack last year in Nice. Laura loved to dance. Eighty X-Hybrid dancers paid tribute for forty minutes to "a member of their family, a student, a dancer and a sister for Audrey and Lucie" at the Promenade du Paillon. When the music stopped, they raised their eyes and hands toward the sky. Moved with gratitude, Laura’s mother, Marie-Claude, said, "Laura has joined the stars and we hope she is happy. We miss her terribly, but we must move forward for her, and for our children.” Laura’s father Jacques works for SBM. And it was through this connection that a family friend, Rommy Gianni, organised a Monaco to Nice run on October 15 to raise money for the family of Laura Borla, the association “Promenade des Anges: July 14, 2016” and FENVAC (National Federation of Victims of Attacks and Collective Accidents). A “Run for Laura” JustGiving page was set up and donations were to be accepted until end of January. I met up with Mr Gianni – or should I say, finally tracked him down – whose Team Monte-Carlo won the Snow Polo World Cup in St Moritz on January 29. [caption id="attachment_14625" align="alignnone" width="960"] 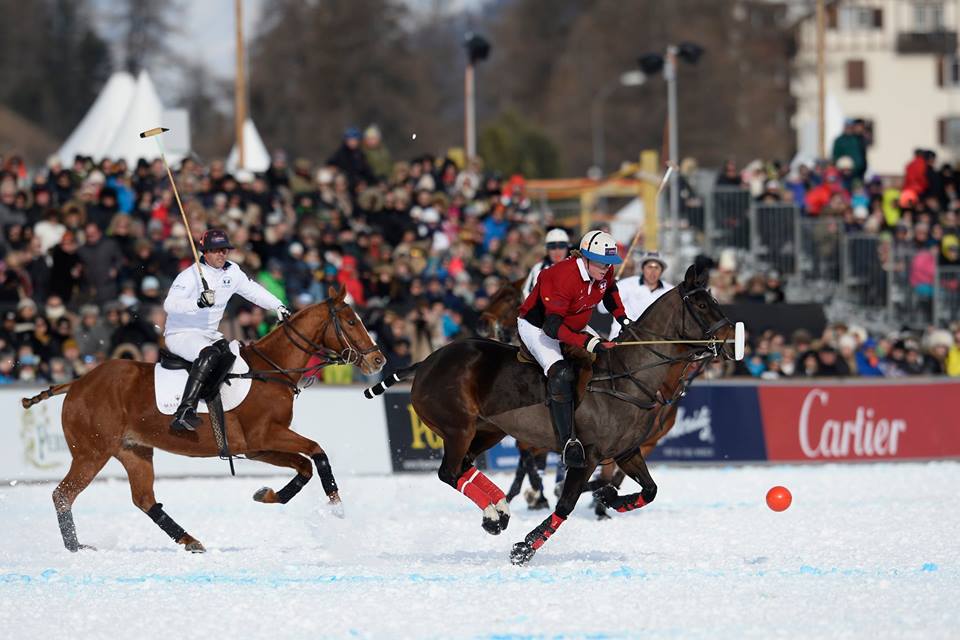 Photo: Facebook Snow Polo World Cup St. Moritz[/caption] “We have raised just under €10,000 following the Run for Laura,” Mr Gianni told me. “Berlin Jets, our faithful sponsors, have been solidly backing this project and we owe them a heartfelt thank you. Likewise, we reach out to all the individuals who supported us, as well as Rolls Royce MC, Sass Café, the BeefBar and Cipriani for helping us get together the donation to the Borla family.” The success of the “Run for Laura” initiative is due to Mr Gianni's deeply rooted connections within both the Monaco and Polo communities. Born in Rome but raised in Monaco from the age of 4, Mr Gianni was introduced to polo by his father, with whom he shared various teams from the age of 19 to 30, in 2003. “I then branched off developing my team and played in Argentina, Italy and France. Simultaneously I represented Italy at a world championship in Australia, and a European championship also.” Mr Gianni said he’s been lucky to be asked to participate in various exhibition matches around the world from Jaipur, to Brazil to Dubai. “Thanks to these opportunities, I’ve managed to nurture friendships in the polo world, which allow me to play in many different locations around the world.” He also put together Team Cartier to play in the Snow Polo World Cup (SPWC). “The team was created following last year’s Snow Polo World Cup. Dario Musso and I always play together, and in 2016 we represented Maserati beating Team Cartier to win the World Champions title. It was at that moment I decided to contact my Team Cartier rival, Chris Hyde (10-goal player) and offer him the first chance to put a team together for the following year’s championship. Chris rose to the challenge and invited Charlie Wooldridge to join.” There are four teams that play in the SPWC, and the same rules and regulations for grass polo apply to snow polo. The difference is obvious … snow, and an air-filled ball as opposed to a wooden one used on grass. “The game on snow tends to be slower and the chances of the ball bouncing off more randomly are higher, given the nature of the plastic ball and snow,” Mr Gianni explained. https://youtu.be/AejKYYtAltM Team Cartier only plays one snow tournament a year, the SPWC, riding Mr Gianni’s personal horses that live and train in Chantilly. “By December we start preparing them and getting them fitter. We then give them a week to acclimatise to the subzero temperatures in St Moritz,” he described. “My groom Vanessa is the most loving and nurturing petisera on earth and looks after them better than anyone else.” Mr Gianni is the core of the Monte Carlo Polo Team, along with professional player, Dario Mussso, with whom Mr Gianni has played for the last 20 years. Together they’ve played in Italy and Argentina, and with Mr Gianni’s first polo team, Locura, in France, as well, and now in Europe and St Moritz. “I mostly train in Monaco, and I follow a very strict training regime and diet,” Mr Gianni told me. “The benefits of such a regimental approach are invaluable to a sport like polo. I do give into temptations here and there to maintain a healthy balance with my mind, but on the whole, I follow my training religiously.” Mr Gianni shared they are looking to present a very unique event to the Principality, “it will be a first in Monaco but could be the beginning of a long lasting tradition,” he added. If his commitment to Laura Borlo’s family is an indication, any undertaking by Rommy Gianni will be with a community spirit in mind. Article first published March 28, 2017.