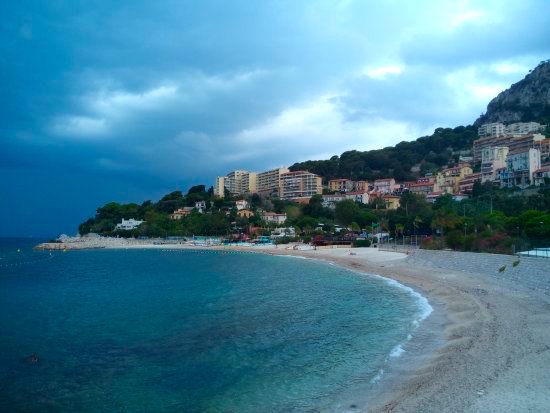 Marquet Beach in Cap d’Ail has been authorised to reopen and welcome swimmers, though Mala remains closed due to security enforcement concerns.

When the Prefecture of the Alpes-Maritimes signed the decree on Friday of last week to reopen several of the region’s beaches, swimmers and beach lovers rejoiced. In Cap d’Ail, Marquet Beach was opened on Monday, albeit with strings attached.

“Access to the sea is only authorised for swimming from 8am to 5pm,” word from the village says, while time in the water is limited to one hour in a dedicated swimming area. Unlike in some other towns, strolls along the beach are not possible, nor is sunbathing. Picnics are also forbidden for the time being.

“It is not the beach which is open, but an access to the sea,” Xavier Beck, mayor of Cap-d’Ail, reminds the public. “We did not authorise walks on the beach because there is the sentier des Douaniers is right next to it.”

Swimmers will be given access through a corridor with clearly marked entry and exit points. No more than 10 people will be allowed on the path at one time for safety. Additionally, the prefecture has offered a way to rinse off after a dip that complies with health regulations. “A shower is located at the exit and will be disinfected after each use of the push button,” they have revealed.

Mala Beach is currently still closed due to a laundry list of understandable, though disappointing, reasons.

“This decision was taken mainly for security and surveillance reasons. We have a municipal responsibility,” says Mayor Beck. “First, access to aid is much easier in Marquet than in La Mala. It’s a question of manpower, we absolutely must have a qualified lifeguard on site. The four, who will be available from Monday, will be able to provide surveillance seven days a week from 8am to 5pm on Marquet beach.

Those who violate the rules face a 4th class fine, which equates to €135. If the offender tries again less than 15 days later, the fine goes to a 5th class offence costing €1,500. In the event of a third violation within 30 days, the person would be subject to a fine of €3,750, the risk of jail time and community service.

Menton has also reopened some beaches from 9am to 7pm daily. Les Sablettes is open to swimmers only, whilst the beaches from Fossan to Borrigo will cater to walkers and runners. People may also practice non-motorised sea sports, such as paddle boarding, surfing and kayaking here. Gorbio Beach will remain closed for now.

As is the case in Cap d’Ail, no one is allowed to plant themselves on the sand and relax. Perpetual motion is key here. Until things settle down further, people can comfort themselves knowing that at least a bit of toes in the sand is better than none.