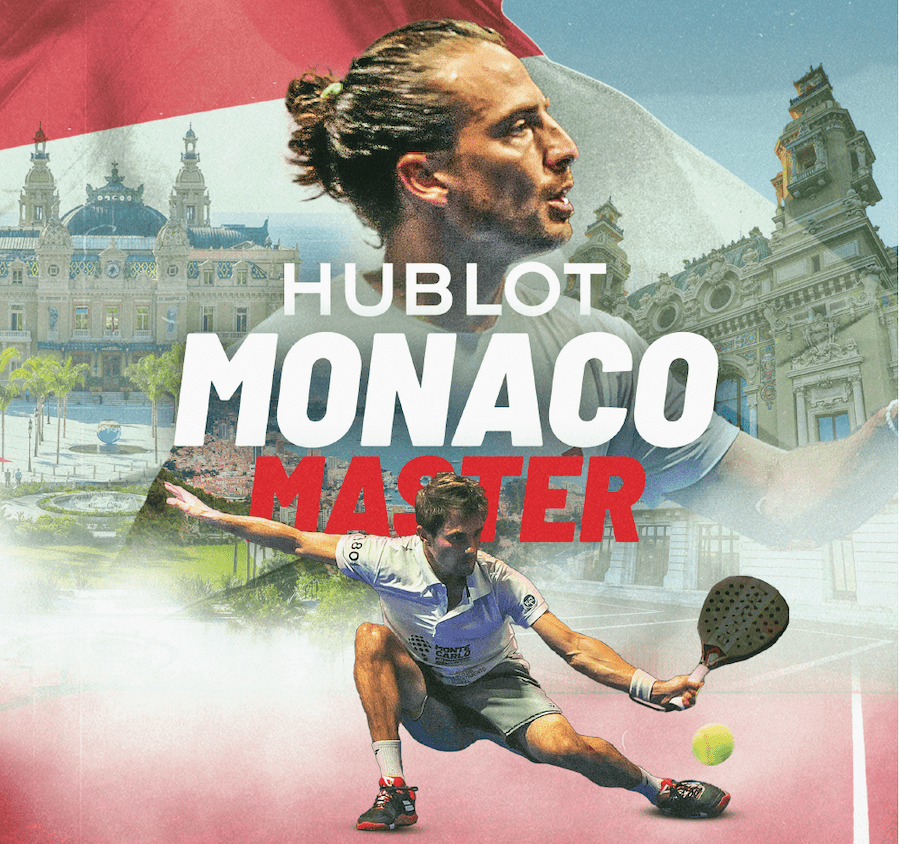 The APT Padel Tour has chosen Monaco as the latest location to host a leg on their international tournament schedule and fans of the wildly popular sport will get a chance to get in on the action.

The APT Hublot Monaco Masters Padel Tournament is coming to the Principality from 13th to 19th September at the Terrasses du Soleil at the Monte-Carlo Casino, in collaboration with the Société des Bains de Mer (SBM), featuring exciting padel action and top seeded players.

The event is organised by Monte-Carlo International Sports with the support of the Federation Sportive de Padel, who will be offering prizes to winners totalling €60,000.

Though centre court will be set up at the Casino, additional qualifying matches will be played at the Tennis Padel Soleil in Beausoleil, giving fans the chance to visit two venues.

“I would like to thank H.S.H. Prince Albert II and Mr Biamonti, President of the Monte-Carlo Société des Bains de Mer, for helping us to make history by hosting the Hublot Monaco Masters in one of the most iconic places in the world,” said Fabrice Pastor, APT President.” Thank you to everyone including the sponsors for helping us in such difficult times.”

Games played from Wednesday 15th September will be broadcasted live on the APT Padel Tour YouTube channel. The schedule will be announced on the APT website prior to the opening of the competition.

But the fun isn’t limited to the players only. This year, fans are also invited to play on centre court like the pros from 7th to 12th September. For €100, participants will be offered a one-and-a-half-hour session including use of rackets and balls. Reservations can be made online at https://tennispadelsoleil.matchpoint.com.es/Login.aspx.

Padel, also known as paddle tennis, is an increasingly popular sport worldwide. Usually played in doubles on courts roughly one quarter smaller than regular tennis courts, it is fast-paced and exciting. The balls have slightly less pressure than their tennis counterparts and scoring is the same.