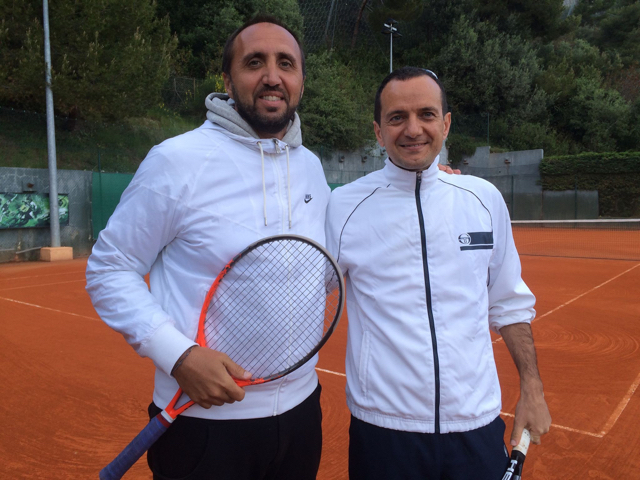 ML: Can you tell us about your Italian and American background, and how you came to be such a known figure in Monaco?
GA: I was born in Naples, and I grew up in the outskirts between Naples and Caserta, a very poor area and very different from Monaco. It’s an area where people and families struggle to reach the end of the month with enough money in their pockets. After two summer study holidays spent in England, I found out about the possibility to spend an entire year abroad with a host family in the US. After all the tests and paperwork, the most difficult thing was to convince my parents to let me go. I was 16 when I left. I made the most of my year and I fully caught the American spirit. I played sports – football and tennis in high school – but also I managed to earn a general diploma.

I came back when I was 17. My year in the US was a non-stop series of mind-blowing experiences that changed my personality and my life forever. Once back in Naples, I swept through university as I was eager to start working. When I arrived in Monaco in 2007, I invested my time in not-for-profit associations within the Italian and British communities, and I never said no to requests for help and advice. I think this made a difference with other professionals that seem obsessed with making more and more money, and their egos. Funny enough, even though I am very well known in Monaco, Italy and the UK, I am less and less known as Giuseppe Ambrosio but rather as the Eye Doctor’s husband, as my wife took up a local eye doctor practice three years ago.

ML: How did you become interested in accounting and numbers?
GA: By chance, right after university I applied to Arthur Andersen and Price Waterhouse, which later became PricewaterhouseCoopers (PwC). I was supposed to join the financial services division in Rome of Arthur Andersen, however, due to an employment letter that was delivered to me a month too late, I ended up in PwC. The Big Four is a tough place to start, but I was lucky that I was the only one that could speak foreign languages fluently, including, of course, English. This fast-tracked me on the road to partner and drove me to a three-year secondment in the UK as manager, then Madrid as Senior Manager and then Monaco where I have been living for the last ten years. Accounting can be fun if it’s done in so many different countries … I never really had a chance to be bored as I was too busy finding ways to survive professionally in a new environment.

ML: You are involved in many key Monaco projects – the Gala de L’Art de Monte Carlo, Business Tourism, ICAEW, AIIM, Forum of made in Italy, and Monaco Private Label Trusted Advisor, and, last but not least the Monaco Single and Multi-Family office international Association as president elect. Can you tell us briefly about your role?

GA: It’s true that I get asked by lots of entrepreneurs about Monaco and how it works on a regular basis, in particular UK and Italian companies are very interested and curious. I am invited to, and involved in lots of initiatives either because of my professional background, I was actually asked to act as treasurer, or simply because they target indirectly my solid personal and professional network developed in twenty years of work around Europe. In other words, by involving me indirectly they access also my friends and clients, including the wealthiest Italian and British families I work with.

ML: What is the secret of your success, both professionally and personally? Where did you learn your most valuable life lessons?
GA: It’s really difficult for me to say. Maybe the secret of my success is that I have lived and worked in many foreign countries and every single one has taught me something. Germany: hard work; the US: competition; Italy: passion; UK: professionalism; Spain: determination, Monaco: importance of non-profits.

I landed in Monaco with a unique professional path and skills that made me very quickly well known and locally appreciated. The rest is no secret, just hard work and preparation.

ML: How does sport play into your life? What does sport, and specifically, tennis mean to Monaco?
GA: I wish I could do more sport. At the moment, I can manage only a couple of hours of quality tennis with my tennis coach. This is a religious and cathartic moment for me, it contributes to detoxing my mind and body from stress. Tennis is physical and technical at the same time, and it’s the only thing that makes me tick – apparently, the only way that I can get some exercise is to chase that yellow ball! I love team sports as well, for example, football, but I stopped playing while I was in the UK when I realised that every single time I played I increased the risk of getting injured, especially during impromptu matches with friends – and without a referee. In fact, unless you are bleeding or lying on the ground with broken bones, the Brits do not consider it worth stopping, and concede a free kick.

ML: How are you involved with tennis?
GA: Well, I play most of the time with my personal tennis coach but I have played with the same person for the last ten years at Monaco Tennis Club, Arnoud Zaragoza. I always want to make the most of my little free time. In the summer, I have another coach and next year I will have played 25 years with the same person. Lello Fusco, an icon in Naples, he will be 68 next year.

I have also been professionally involved with a few tennis players as their professional advisor, which is why I appear to have a strong link with the tennis world.

ML: What are your aspirations for the future?
GA: Be there for my children, help others, help young people find their way, help more and more not-for- profit activities and clubs. I’d also like to develop the associations on which I hold board positions, or where I am President, for example, the Monaco Single and Multi-Family Office International Association. Money is important but it can’t buy you happiness. The sole meaning of life is to serve humanity. Aim for the stars, you might hit a treetop. I hit mine in Monaco.

Local News Staff Writer - October 27, 2017
Tuesday 19 December, 8.30 pm, Variety Theatre All the Art of the Cinema – Screening of Nicholas Ray’s film Rebel Without a Cause, organised by the Audiovisual Archives of Monaco Information: +377 97 98 43 26 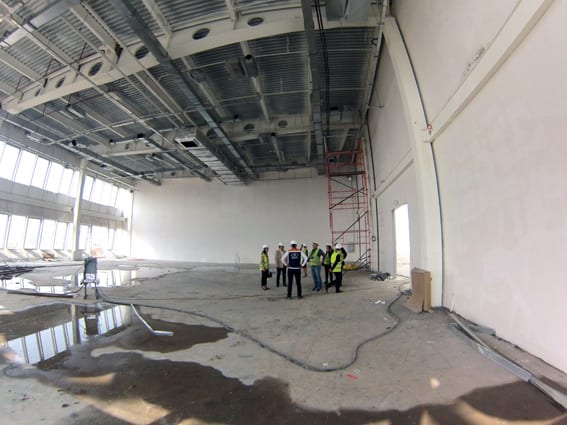 Photo: Direction de la Communication[/caption] A team from Monaco Inter Expo has made a trip to Astana, in Kazakhstan, in preparation for the Principality’s participation in the Expo-2017 International in the country’s capital. The team was able to measure the progress of the construction site and the location of Monaco’s pavilion. Members of the CEF team were accompanied by Mr Stefano Poggi, Sales Director of SONEMA, partner of the Monaco Pavilion Milan since 2015. The visit was an opportunity for SONEMA to meet representatives of the Kazakh Ministry of Communication, as well as useful private partners for the development of activities in this emerging market. The Honorary Consul of Monaco, Mr Kairat Oourazbekov welcomed the team to Almaty, Kazakhstan’s largest city, where various events were organised, including with local banks and the main food importer GreenHouse, to establish relations with other pavilion members.