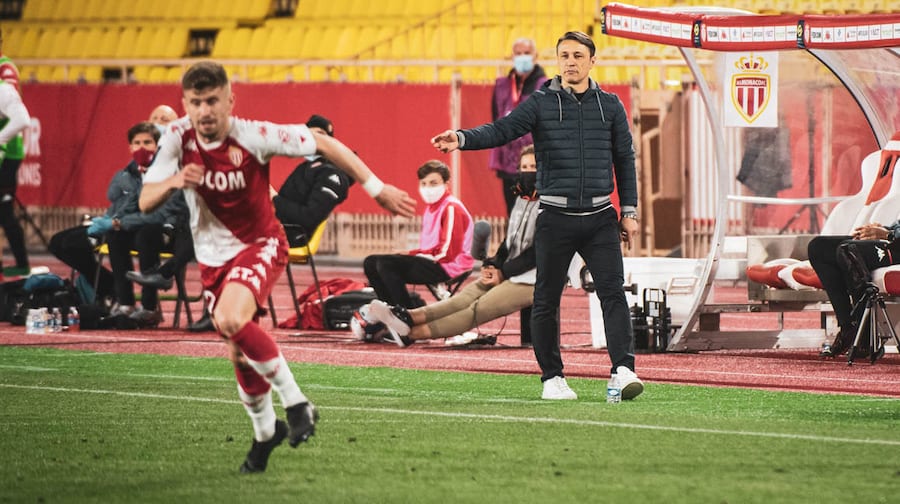 AS Monaco faced off against Olympique Lyonnaise on Sunday night in a game that saw the team’s winning streak brought to an abrupt close and ended in a nasty fight with four players sent off.
It was not their finest hour. AS Monaco, who have been riding on a high for weeks, watched their third place position in Ligue 1 reduced to a mere one point from their Lyonnais opponents, as they lost to them 2-3 in a match that went from aggressive to downright violent.
A massive brawl broke out at the end of the game, forcing the referees to red card Monaco’s Pietro Pellegri and Willem Geubbels, as well as Lyon players Mattia DeSciglio and Marcelo. Maxence Caqueret, another Lyon player, was sent off 20 minutes earlier.
It was an ugly end to a game between two top-flight contenders.
Both sides were in it to win it, and opening scoring didn’t happen until 25 minutes in when Kevin Volland knocked one between the posts. It wasn’t until nearly the one hour mark that Lyon evened up the score, with a Memphis Depay goal. This was followed 20 minutes later, in the 77th, with a free kick header goal by Marcelo.
Wissam Ben Yedder made good on a penalty kick in the 86th minute making it two to two and keeping hopes alive. The game changer, and ender, came with just one minute to go. 17-year-old Rayan Cherki was substituted in and took advantage of his time on the pitch to score a literal last minute goal, giving Lyon the 2-3 win.
“Frankly, the defeat is hard to swallow,” said player Axel Disani after the game. “We led, then we had an advantage, so really that’s hard tonight. We are still ahead of Lyon and we have three games left, so we control our own destiny.”
The loss puts Monaco five points behind top seeded Lille and four behind Paris Saint- Germain. Now it is time to put their heads back on straight, cool off and look to the future.
“We are obviously disappointed to have lost but my players did their best,” said Coach Niko Kovac. “I think we had the best chances. We missed that bit of success. We had the opportunity to score a third goal, which we missed. This is football, this is life. We are still one point ahead.”
The team have a shot a redemption next Sunday when they go up against Stade Reims on the road.