Mayweather stuns in custom Philipp Plein before his victory over McGregor 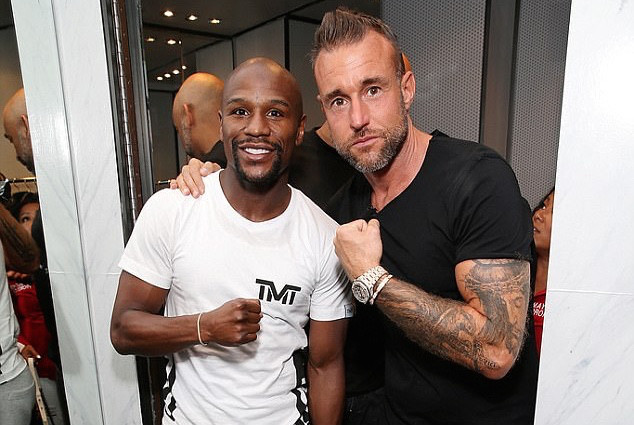 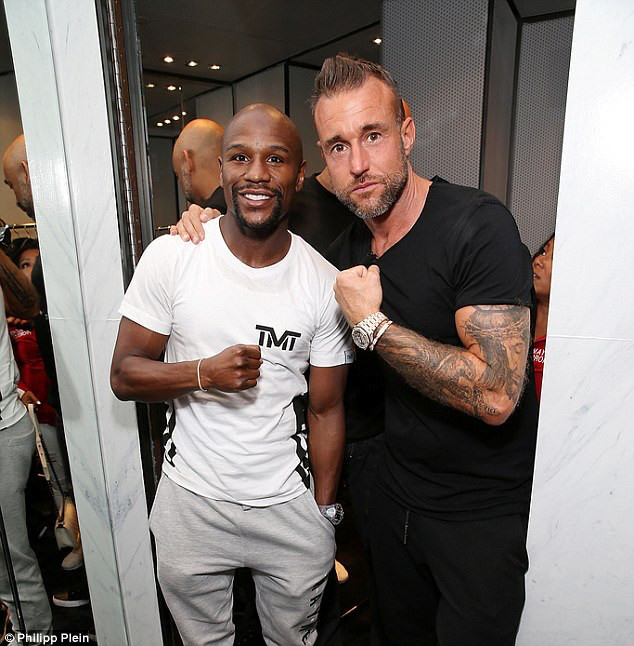 Saturday night, in the boxing event of the year boxer, Floyd Mayweather defeated Conor McGregor in their record-breaking fight in Las Vegas.

Even though I’m not a fan of the sport and don’t follow it, I have to admit I have been riveted by this one, particularly the #Fashion Fight that’s been going. Just when I thought nothing could top McGregor’s €125,000 ensemble of a custom Gucci mink coat with the Italian house’s signature snake embroidered on the back, 70s inspired brocade Gucci pants and matching red turtleneck at the pre-fight press conference, Floyd Mayweather came out blazing with German designer Philipp Plein, a regular on the Monaco scene, by his side.

With his entourage in full Philipp Plein gear, Mayweather himself sported a custom Plein robe, a collaboration between him and the German designer. It seemed inevitable that the 40-year-old boxing champion and long-time client of Mr Plein would wear one of his designs on fight night after walking in his resort show in Cannes earlier this year.

“Floyd’s gear needs to be both functional and fashionable,” said Plein. “So within the guidelines of the sport I created pieces for the fight that represent my view, my lifestyle and my taste. ”

“Luxurious and unexpected materials like python and crocodile are used instead of the classic sport and technical fabrics,” he explained of zip split sleeve detailed jacket finished off with a gold-lined hood, black face mask and cap. 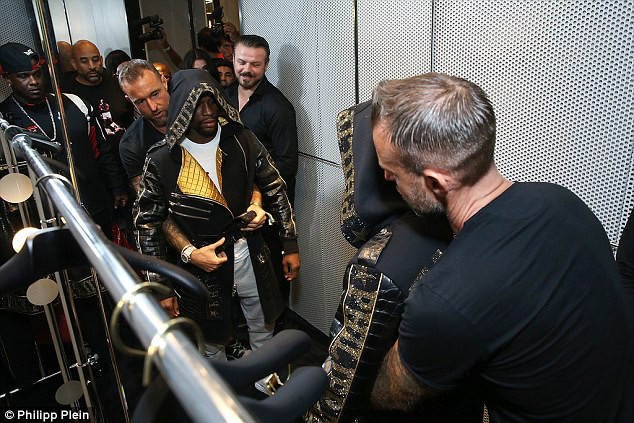 “Floyd’s classic black and gold colours are reinvented using embellishments in Swarovksi crystals,” referring to Mayweather’s TBE (The Best Ever) slogan across the back band of his shorts.

“I think it is important nowadays to develop a real relationship with the personalities who are associated with the brand, there is a real investment,” revealed Plein. “I also think that in this historic period of transparency through social media, the consumer can tell the difference between actions that are authentic and those that are just paid sponsorships.”

“Sport stars are the heroes of our times,” he added. “They are icons, and represent what a man can look up to and emulate in many ways, including style and fashion. This can only make men more and more conscious of their own style.”

Mayweather’s fight night robe is not the only thing that the pair has been working on. Currently available online and at Philipp Plein’s Vegas flagship, a capsule collection specially created to commemorate this 50th fight of Mayweather’s undefeated career features two t-shirts in gold and crystal emblazoned with the hashtag UNDEFEATED. The Philipp Plein/Floyd Mayweather collaboration will continue in 4 instalments over the next two years with future drops in the designer’s shops worldwide.

AS Monaco climbs out of relegation zone

Local News Staff Writer - December 12, 2018
The Monacoo football team has started to climb out of the relegation zone after better showings in Ligue 1.

Photo: Monaco Life[/caption] A total of nearly 100,000 police officers and members of the Armed Forces were deployed over the Christmas weekend in France as part of Operation Sentinel. The Ministry of State mobilised 54,000 police, 36,000 gendarmes and 7,000 soldiers – some 6,000 more than last year. Minister Gerard Collomb said that the security of French citizens, as well as that of tourists, was his “absolute priority”. Since 2015, more than 241 people have died in jihadist attacks in France, and the threat of further incidents remains at an “elevated” level. Six hundred and fifty churches and 45 Christmas markets received extra security over the weekend. A total of almost 7,000 Catholic masses were held on Sunday and Monday, all without incident.