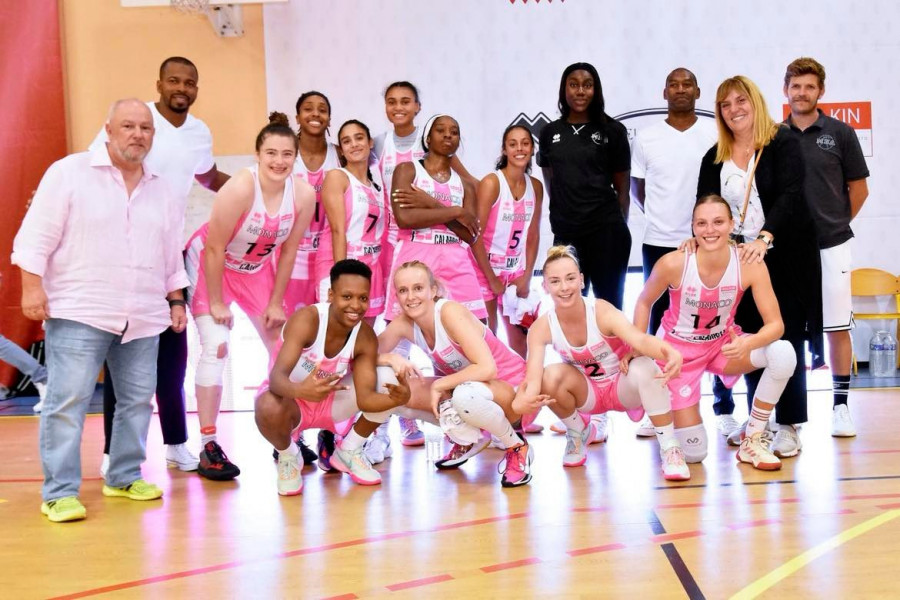 Monaco Basket Association made history on Saturday, beating the previously unbeaten Mondevile (77-73) to secure their first victory in the LF2.

Having secured promotion from the NF1 last season, the newly-professionalised Monaco Basket Association (MBA) have wasted little time in making their impact felt in the LF2. Following narrow losses against Charnay and Strasbourg, Régis Racine’s side got their first win on the board after a tense over-time victory at the Annonciade.

Ashunae Durant was the standout player for the Monégasques, registering 19 points and making eight rebounds, whilst captain Victoria Majekodunmi finished as the side’s top-scorer with 23 points.

After being taken to overtime, MBA held their nerve to take a narrow victory (77-73) and take the first step towards establishing themselves as a “full-fledged LF2 side,” which was the stated aim of the club’s president Éric Elena at the start of the season.

“It was very intense from start to finish. We remained clear-headed and focused until the end and that paid off in the end,” said MBA player Fatoumata Touré.

“An overtime in such a close match is really tricky, especially when we’re limited in terms of rotation because of injuries. We had to concentrate until the end despite the physical fatigue that we felt,” added MBA’s Adèle Dreano-Trecant.

Looking to build on their first success of the season, MBA next face a trip to Calais, before welcoming LFB side Toulouse in the Coupe de France on 8th November.