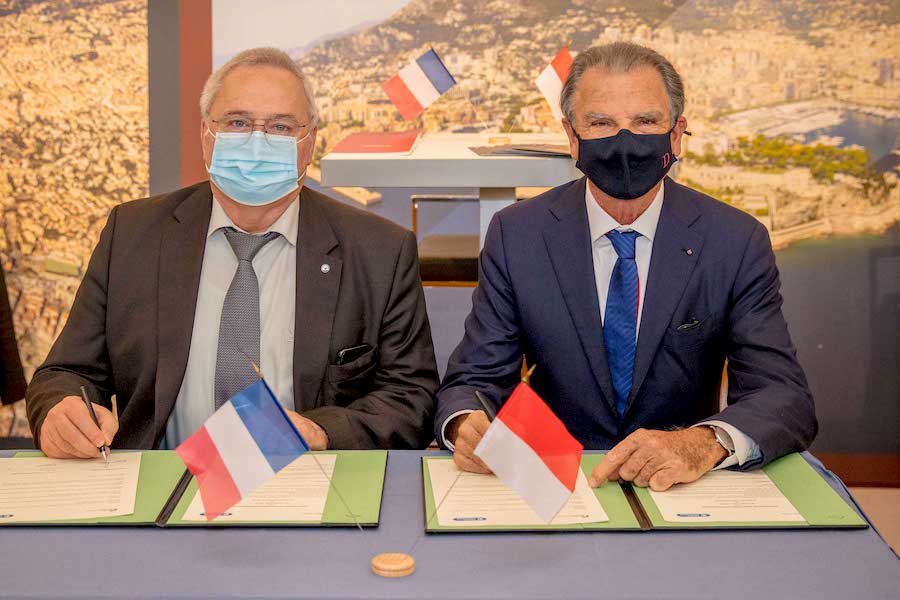 The Monaco Economic Board (MEB) and Nice Côte d’Azur CCI have signed a partnership agreement that “translated into concrete actions” at the Monaco Business Expo held last week at the Rainier III Auditorium.

President of the Nice Chambre of Commerce Jean-Paul Savarino and Chairman of the Monaco Economic Board Michel Dotta signed an updated cooperation agreement sealing relations and opening doors for future joint projects.

The two entities shared a stand at the Monaco Business Expo to relay their intentions to reinforce local ties going forward, especially in light of the uncertain times.

“This merger with the Nice Côte d´Azur CCI will make it possible to create new bridges with economic players in the neighbouring department in order to facilitate exchanges and highlight opportunities for virtuous collaboration that are not always well known. We’ll be stronger together,” said Mr Dotta after the signing.

Meanwhile, MEB Chief Executive Officer Guillaume Rose and General Director of Nice Côte d’Azur CCI Jacques Lesieur held a conference on ‘why and how to promote companies internationally’, during which the two men highlighted the respective strengths of the adjoining regions, as well as the potential for future growth. Joint endeavours were discussed, such as coordinating crosstown welcoming delegations, trade fairs and economic missions. This idea of collaborative efforts holds water as many who are unfamiliar with the area think of Monaco and the French Riviera as one in the same.

In order to jumpstart this ambitious new agenda, a networking session was organised at the yacht Club of Monaco allowing more than 50 local entrepreneurs the opportunity to have an informal meet and greet to discuss future projects.