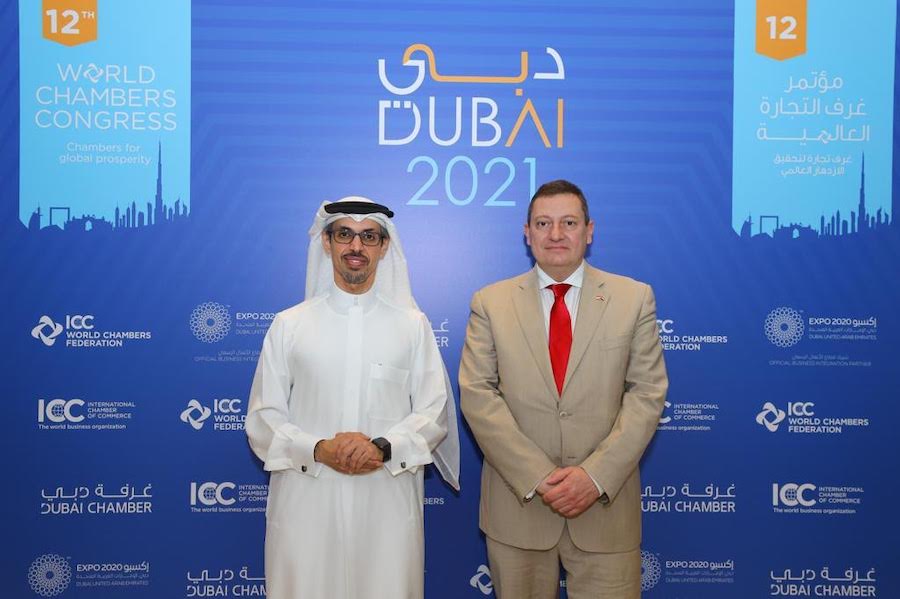 The World Chambers Congress, held in Dubai last week, was a huge success for the Monaco Economic Board, which took the opportunity to strengthen contacts and prepare for future missions.

Organised by the International Chamber of Commerce (ICC), the World Chambers Congress is a biennial event that brings together over a hundred chambers of commerce from around the world, attracting more than 1,200 participants both on site and virtually.

The Monaco Economic Board (MEB) took advantage of the chance to mix and mingle with decision-making representatives from other nations at this event, which took place in Dubai from 23rd to 25th November.

The MEB is a member of the ICC and is registered with them as a chamber of commerce.

The delegates were able to meet with key counterparts during the conference, notably with those from the Russian Chambers of Commerce in Moscow, Saint Petersburg, and Kazan, as well as from Serbia, France and Belgium. They were also able to meet with Kevin Hin, former President of the Junior Economic Chamber of Monaco and current Secretary General of the Junior Chamber International.

The event gave the Board an opportunity to concurrently begin organising their upcoming mission to Dubai scheduled for 25th to 29th January to open lines of business in the Gulf countries.

In this context, they met specifically with the Dubai Chamber of Commerce and Industry, the Dubai Multi Commodities Centre, which is touted as the first free zone in the Emirates, the companies Equiom, Altiqa, Three Towers and Key Strategies, specialising in international business development and all based in both Monaco and Dubai, the economic authorities of the different states making up the United Arab Emirates and the management of the Monegasque Pavilion and in particular Albert Croesi.

Meetings were set up in anticipation for the upcoming trip where the MEB will alternate between appointments with the major economic players in the Gulf region and events at the Monegasque Pavilion at the Dubai 2020 Universal Exhibition.

Exceptionally, at the request of the Emiratis particularly interested in the prospect of receiving a delegation of Monegasque companies, a webinar will be carried out in advance of their arrivals, to present the companies to the various Emirati institutions so that they can find the counterparts most relevant to their individual needs. Many expatriate members of the Principality who reside in Dubai will also be involved in this mission.

Top photo: Guillaume Rose with Hamad Buamim, Président of the Chambre of Commerce and Industry of Dubaï, credit DR