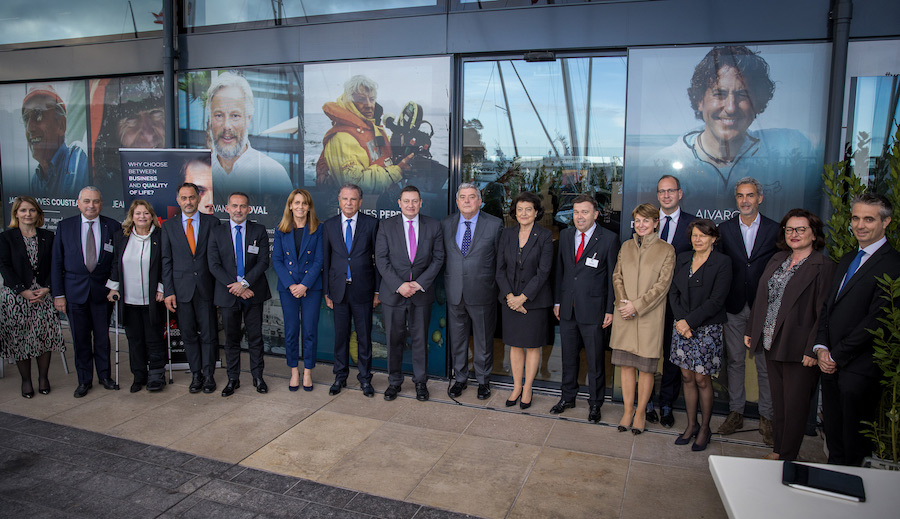 The Monaco Economic Board held their General Assembly Meeting this week, taking a look at 2021 in review and the prospects for this year, as well as celebrating their 40th Meeting of Members.

Monday was a big day for the Monaco Economic Board. The Yacht Club of Monaco was the scene for their annual General Assembly Meeting, where Minister of State Pierre Dartout was in attendance, as well as a 300-person strong gathering for the 40th Meeting of Members.

The General Assembly featured Executive Director General Guillaume Rose and his deputy Justin Highman speaking about the accomplishments of last year, despite the pandemic. The rise of hybrid and virtual events allowed business-as-usual to carry on in many cases, opening doors to future events held this way, despite restrictions being lifted.

In 2021, the MEB held e-missions to India and MEBinaires dedicated to business destinations in collaboration with the diplomatic and consular corps of Monaco. They also dedicated meetings to Africa, in partnership with the Monegasque Entrepreneurs Club in Africa and those centred-on tourism and the importance of female business leaders.

As the year wore on, more opportunities for face-to-face meetings arose including conferences and economic missions, notably to Florence and Antwerp, together with operations to attract business to the Principality in Dubai, Madrid, Milan, Naples and London, as well as during the Monaco Yacht Show, during the CleanEquity conference and at the Monaco Business fair.

Looking ahead in 2022, there is plenty in store. A delegation from Vietnam is expected on 4th May, another from Djibouti on 9th May, and on 13th June, the Conference of the Presidents of the Parliaments of Small European States is being held.

On 20th June, the MEB will hold a conference with the Director of IMSEE, Monaco’s official statistics agency, Alexandre Bubbio and Chief Economist of Allianz Ludovic Subran.

The next missions abroad will take the MEB to Montreal and Toronto from 18th to 24th September, then to Madrid from 13th to 15th October. Trips to London and Paris are also expected later in the year.

The Monaco Economic Board has expanded of late, surpassing the 550-member mark, prompting President Michel Dotta to say, “It is very exciting for us and we will do everything to ensure that this dynamic and this great confidence that you place in us translates in the most concrete way possible for the prosperity of our country and yours.”

Minister of State Dartout rounded out the General Assembly meeting by highlighting the three objectives that the Principality should pursue to maintain its attractiveness, namely to know how to innovate, diversify its economy, and cultivate excellence.

After the General Assembly, over 300 economic players met for the 40th Meeting of Members at the Yacht Club.

After a presentation of new MEB projects for the year, two presentations by Claudia Batthyany, Project Manager of ‘Monaco, capital of advanced yachting’ and Marc Lionel Gatto, General Coordinator of myGlobalVillage, an international network dedicated to innovation of which the MEB is a member, the guests were invited to meet and develop their business networks.