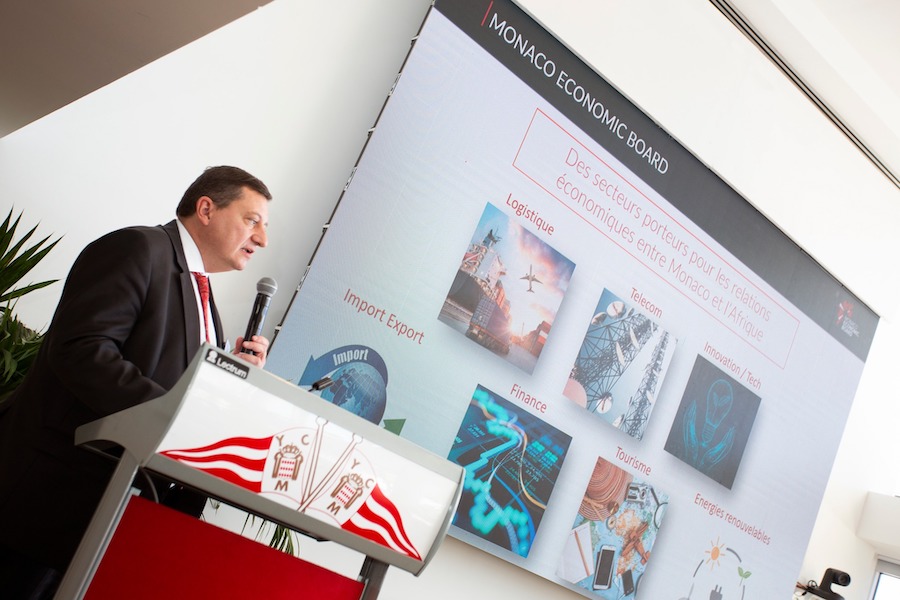 The Monaco Economic Board and the Club Monegasque Entrepreneurs in Africa recently held the first Africa Day conference, underscoring the desire of both sides to take advantage of opportunities and strengthen already close ties.

Hundreds of business leaders gathered at the Yacht Club of Monaco on 29th June to take part in talks and round tables focused on doing business in Africa.

The event, called Africa Day, was organised by the Monaco Economic Board (MEB) and the Club Monegasque Entrepreneurs in Africa (CEMA), and it attracted Monegasque companies and high-level businesspeople all interested in the same goal: to open up more trade with the Dark Continent.

On the agenda of the day, which was themed ‘Green and Digital Africa’, were challenges, digital expansion, and relationship building. Led by CEMA President Frederic Geerts and MEB Executive Director General Guillaume Rose, the many actions taken to reinforce business relations between the Principality and this continent were discussed at length.

Trade opportunities with Africa have been brewing and are now starting to see fruition. In the last few years, promotional and trade missions have been organised to Burkina Faso, Mali, Tunisia, the Democratic Republic of Congo and Gabon. A trade mission to Djibouti is being considered following a successful MEBinar with a delegation from this country in May. More recently, MEB members are also being offered new chances to build relationships, namely meetings with visiting ambassadors to the Principality.

Frédéric Genta, Monaco’s Country Chief Officer for the Digital Transition and Attractiveness, opened the event, with Jean Castellini, Minister of Finance and the Economy, closing the proceedings. Both drew attention to Africa’s potential thanks to digital technology. Additionally, Isabelle Rosabrunetto, Minister of Foreign Affairs and Cooperation, outlined the many targeted actions taken through cooperation.