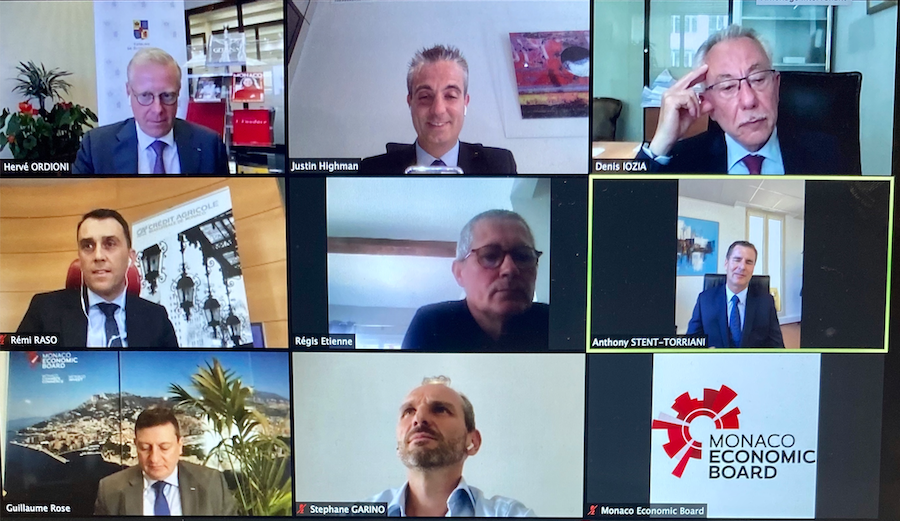 Despite the setbacks caused by the recent pandemic, the Monaco Economic Board is using technology to continue its missions to promote the Principality and its economic activities.
The Monaco Economic Board (MEB) hasn’t let a little thing like a global health crisis slow them down. The association has been using digital technology to continue working toward the development and economic promotion of the Principality with a series of webinars and videoconference meetings with other Chambers of Commerce.
The first of these webinars was organised on 9th June, discussing the topic of life after Covid-19 in Monaco. Several key players from the financial sector joined in adding gravitas to the talks. Around 150 people attended the webinar, with participants all over the world including from China, the United States, Germany and Russia.
Guillaume Rose, the Executive General Director of MEB, opened the webinar by saying that, “Covid 19 has relatively spared the Principality. The economic crisis it is about to cause around the world will inevitably have a big impact on our future. Monaco has no shortage of assets, thanks to its small size, its flexibility, its strong resilience to crises and to its diversified economy.”
The webinar was interactive with a series of questions and answers and the guests bringing their expertise allowing for 80 minutes of vibrant discussions. The success of this first webinar has inspired the next, which will be on the topic of international trading and will take place on 24th June.
Virtual meetings are also being planned with members of MEB partners in order to keep lines of communication open and to set up virtual online B2B meetings. A meeting with businesspeople from the Siberian capital city Novosibirsk is scheduled soon and is a follow up on an actual meeting held last February. Both sides are enthusiastic about the possibilities these kinds of meetings can achieve.
The organisation is moving with the times and finding ways to make things happen in these challenging times. They believe that by, “Adapting, moving forward, supporting and promoting the activity of its members, the MEB is doing its best to hold its own in a new situation that forces all of the Principality’s economic players to innovate.”