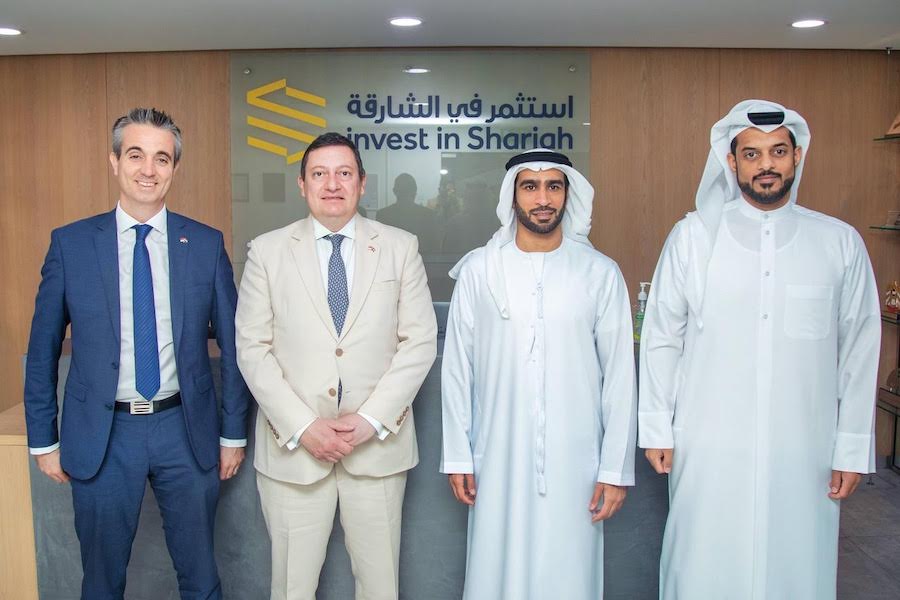 The Monaco Economic Board made a grand showing at the Dubai International Boat Show alongside other local yachting players to promote the Principality’s many advantages and to explore new trade opportunities.

The show, held between 8th and 13th March, saw a presence from the Yacht Club of Monaco, Cluster Yachting Monaco, and other local companies linked to the sector.

The Monaco Economic Board (MEB) used the opportunity to meet again with players from Dubai whom they already had formed ties with during previous trade missions as well as to tap into new potential trade partners. The Expo 2020 in Dubai opened doors that allowed Monaco to have a high-profile pavilion on the site and gave people who knew little to nothing about the Principality a chance to learn about the benefits of working and doing business here.

Cluster Yachting Monaco organised a conference in the Monaco Pavilion on Yachting Design and Sustainability that drew key yachting professionals. The MEB was also there to speak to companies interested in setting up in Monaco.

Sharjah is widely recognised as the UAE’s cultural capital, as well as the industrial and nerve centre for education. The Emirates are also fast becoming known as a pioneer of sustainable development and logistics initiatives with its three ports and airport, and as an R&D and innovation hub.

MEB was also hosted by Hassan Al Hashemi, Vice President of long-time partner the Dubai Chamber of Commerce, to continue the working relationship and plan new projects, with MEB inviting the Dubai Chamber to bring a delegation to Monaco in 2023.

Michel Bouquier, the man behind Monaco Private Label, enabled key stakeholders in Monaco to meet prestigious figures in the Emirates at one of his recruitment dinners and MEB also organised a networking dinner for the 40-plus Monegasque entities and their local partners to consolidate ties and make new contacts.

For Guillaume Rose, the trip was “an opportunity to bring to fruition ties already established and create new ones to steer Monaco trade towards the economic fabric of one of the most dynamic cities in the world.”

MEB is preparing its next Trade Missions to Venice in May and Madrid in October.