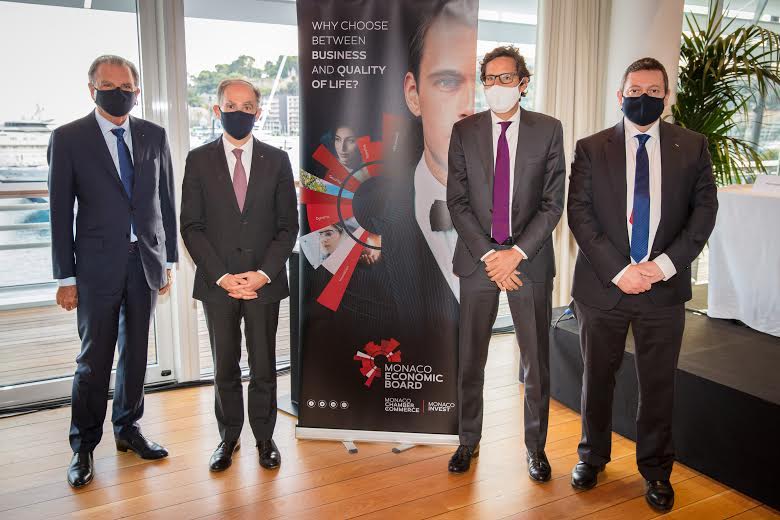 The Monaco Economic Board (MEB) took stock of a difficult year at its annual General Assembly meeting earlier this week and discussed how it plans to help with economic recovery.

The MEB met on Tuesday for its GA meeting at the Yacht Club of Monaco after Covid-related delays had prevented them from gathering sooner.

President Michel Dotta opened the meeting with words of optimism for the future, referring back to another challenging time before the pandemic, in the not-too-distant past. “During the 2008 crisis, Monaco showed resilience (…) Today, building on previous experience, our institutions, Government and National Council, together, demonstrate exceptional responsiveness.”

In all, more than 60 operations were carried out both at home and abroad including economic missions, welcoming delegations, targeted promotion and prospecting operations, conferences, training courses and workshops with member companies. Internationally, the MEB met with both public and private potential partners working to form alliances with entities as diverse as those in cultural, scientific or sporting fields.

As the continuation of this work for 2020 did not exactly go to plan with travel curbed worldwide due to the global epidemic, the MEB turned to a more technologically savvy approach.

Hosting “MEBinars”, or webinars put on by the Board, they worked with local businesses to take stock of the main sectors of activity in the Principality as well as to allow businesses to benefit from video-conferences where leading economists and businesspeople gave presentations, including Ludovic Subran and Jean-Pierre Petit.

Now the MEB is taking things one step farther and has scheduled an e-mission meeting with the Chambers of Commerce from four major Russian cites: Moscow, St. Petersburg, Rostov and Novosibirsk. The e-meetings will give business owners on both sides an opportunity to meet and form potential alliances. There will be translations to assist both sides in achieving their goals, allowing the players to have a free and easy dialogue with each other.

In addition, the MEB has also produced several surveys to help the Government analyse feedback from the field on the situation of companies or on teleworking.

The MEB has also set about organising several meetings with partners to set goals for the upcoming year. Guillaume Rose said that the MEB would move as quickly as possible and would join in the digital transformation of companies, supporting the teams of Frédéric Genta, Interministerial Delegate in Charge of the Digital Transition.