MEB resumes economic missions in show of "recovery and optimism"

MEB resumes economic missions in show of "recovery and optimism" 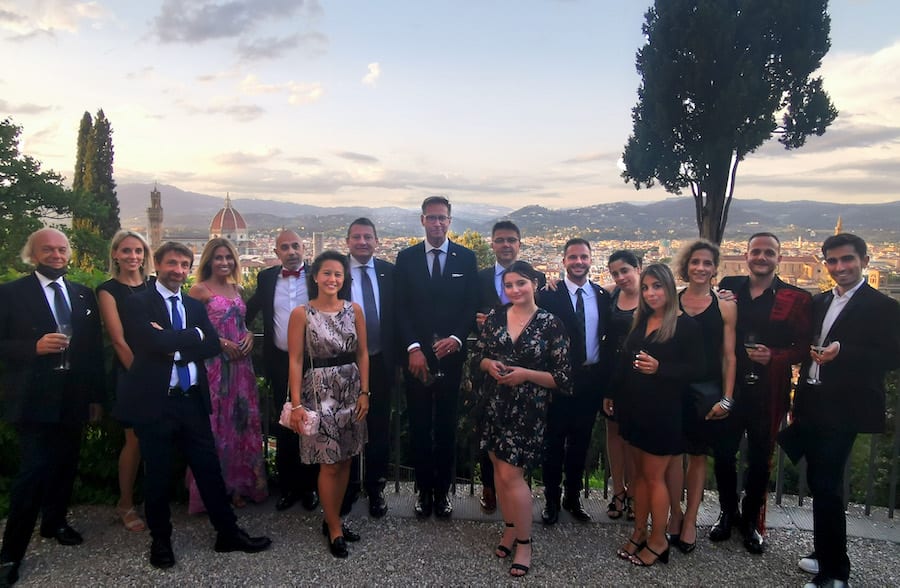 After a quiet pandemic year, the Monaco Economic Board and its members have hit the road again, this time heading to Florence, Italy for an economic mission.
From 12th to 14th July, the Monaco Economic Board (MEB), with the help of the Embassy of Monaco in Italy, organised an economic mission in collaboration with the Consulate of Monaco in Florence, the Club of Ambassadors of Destination Monaco, the Florence Chamber of Commerce, Cofindustria Firenze and the Promotion Office of the Principality of Monaco in Italy. It is part of a particularly close economic relationship between the Principality and its “other” big neighbour.
“Italy is the leading customer and the leading supplier (excluding France) in terms of trade with Monaco. This economic dynamism can be explained by the close links between the two countries: geographical, historical and cultural proximity,” said the MEB in a statement.


For many years, the Monaco Economic Board has been organising operations in Italy in order to intensify these exchanges. For this, it naturally relies on the Embassy of Monaco in Italy and the local Chambers of Commerce. But it also has a valuable network: the Club of Monaco Destination Ambassadors, a club of first-rate Italian economic decision-makers with a strong link to the Principality, supported by the Prince’s Government and the MEB. This network, with more than 400 members and present in 13 cities, allows Monaco to shine at the highest level and aims to offer new business opportunities between the two nations.
In this context, the MEB has organised promotional operations or economic missions to Turin, Milan, Naples, Rome and Venice.
July’s delegation, led by Executive Director General of the MEB Guillaume Rose, was made up of around 10 Monegasque leaders operating in the sectors of banking and finance, ICT, e-commerce, business services, energy and insurance.
On Wednesday 13th, two memoranda of understanding were signed by the MEB and its counterparts from the Florence Chamber of Commerce and Cofindustria Firenze at the Florence Stock Exchange.
Other highlights included visits to Villa Bardini which overlooks Florence, the Nana Bianca incubator and the Gucci museum.
“This economic mission was a real breath of fresh air for our members who, like us, have been stranded by the pandemic,” said Guillaume Rose. “It sends a strong signal of recovery and optimism for companies in the Principality who are thirsty to find new development possibilities.”
The MEB has a series of economic missions planned for the second half of the year to destinations including Antwerp, Saint Petersburg, Amsterdam and the Monaco Pavilion at Expo 2020 Dubai.


Top photo provided by the MEB