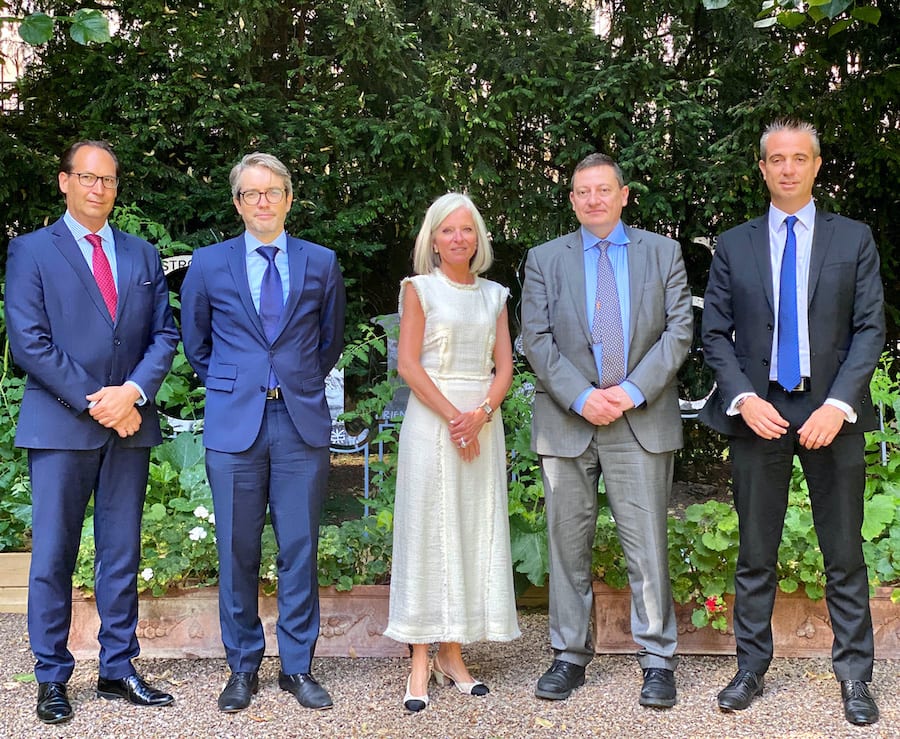 MEB leaders have travelled to Paris to meet several key partners and prepare for operations scheduled for the end of the year and 2021, with the aim of facilitating Monaco’s recovery.
On Wednesday 9th July, MEB CEO Guillaume Rose and Deputy CEO Justin Highman held meetings with the Chambers of Commerce and Industry of the Île de France region and then that of Paris. After visiting the various sites, the teams discussed the economic mission in the French capital, a mission initially planned for March this year and which will finally take place in the first half of 2021.
The following day, MEB leaders were welcomed at the Canadian Embassy in France and Monaco by Ambassador Isabelle Hudon and Chief Commercial Delegate Nicolas Le Page, then by the General Delegation of Quebec with Michèle Boisvert and First Counsellor for Economic and Commercial Affairs Julien Cormier.
A webinar devoted to Quebec and an ambassador’s lunch were discussed for the end of the year. Meanwhile, an economic mission to Canada is scheduled for the second half of 2021, which will come as welcome news to entrepreneurs in the Principality.
Mr Rose and Mr Highman also visited the offices of the Japanese foreign trade organisation JETRO. Discussions took place with its Deputy General Manager Yoshihiko Kanai in order to define the contours of cooperation within the framework of the economic mission that the MEB is preparing in the Land of the Rising Sun in the first half of 2021.
The aim of all of these events, the dates of which will be announced shortly, is to give full play to the coordination of the economic, cultural, scientific and sporting entities of the Principality abroad.
Other meetings with counterparts such as Business France were held to promote the Principality to investors.
Finally, Guillaume Rose and Justin Highman met Christophe Barraud to set up an operation in Monaco in 2021. The Chief Economist and Strategist at Market Securities is best known for being ranked by Bloomberg as the best forecaster in the world on American, Chinese and Eurozone statistics during the 2010s.
“More motivated than ever, the Monaco Economic Board puts all its energy and networks at the service of its members in order to provide them with horizons and opportunities for recovery,” said the MEB in a statement.