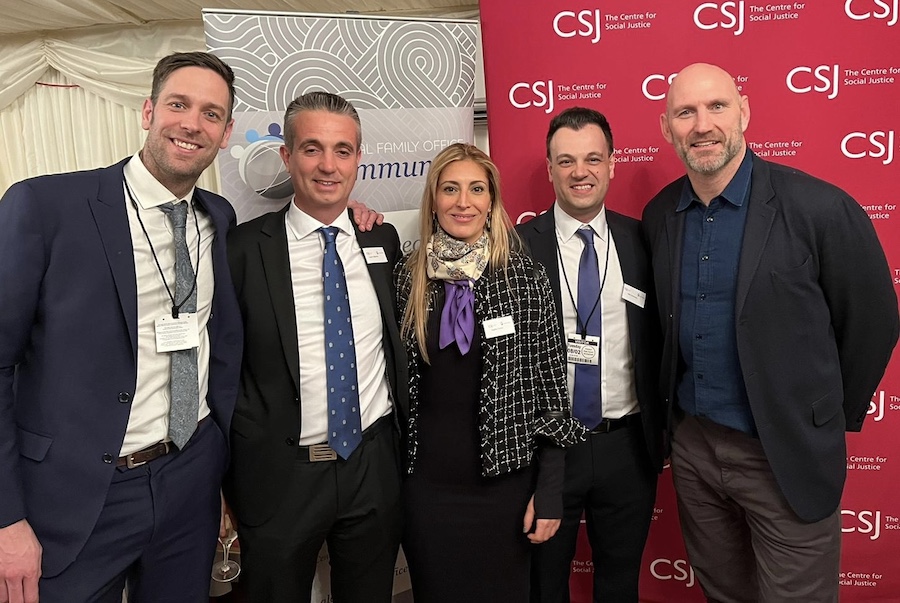 The Monaco Economic Board spent two days in the English capital, renewing ties and creating new bonds for future investment and collaborative opportunities.

As a huge international financial centre and the largest in Europe, London’s appeal has not been dampened by Brexit or Covid. The Monaco Economic Board (MEB), knowing this full well, took time out on 8th and 9thFebruary to visit the British capital, going to an invitation-only family office event at the House of Lords organised by Vahe Vartanian, Founder and Managing Director of the Global Family Office Community.

The Monegasque delegation, led by Deputy Director General of the Monaco Economic Board Justin Highman, allowed the MEB to reconnect with prospective investors, entrepreneurs and potential future residents.

On the first evening, former English rugby team captain Lawrence Dallaglio, OBE Order of the British Empire, spoke about a cause near to his heart, namely, the Centre for Social Justice, which aims to put the poorest and most disadvantaged communities of the UK on the radar of British politicians. The talk opened up friendly discussions and established new contacts.

Additionally, meetings with Evelyne Genta, Ambassador of Monaco to the United Kingdom as well as with the Principality of Monaco’s promotion office in London, were organised in order to prepare future joint actions for the coming year.

Justin Highman also visited the headquarters of the international art gallery Hauser & Wirth with those in charge of the new space in Monaco located at Monte-Carlo One, Laetitia Catoir and Federica Beretta. New members of the MEB, the gallery is looking at becoming a promotional events partner with Monaco and in its various sites around the world.

The MEB also is setting up an on-site economic mission dedicated to Monegasque companies in 2022, truly signalling a return to business with the English capital after the past difficult two years.