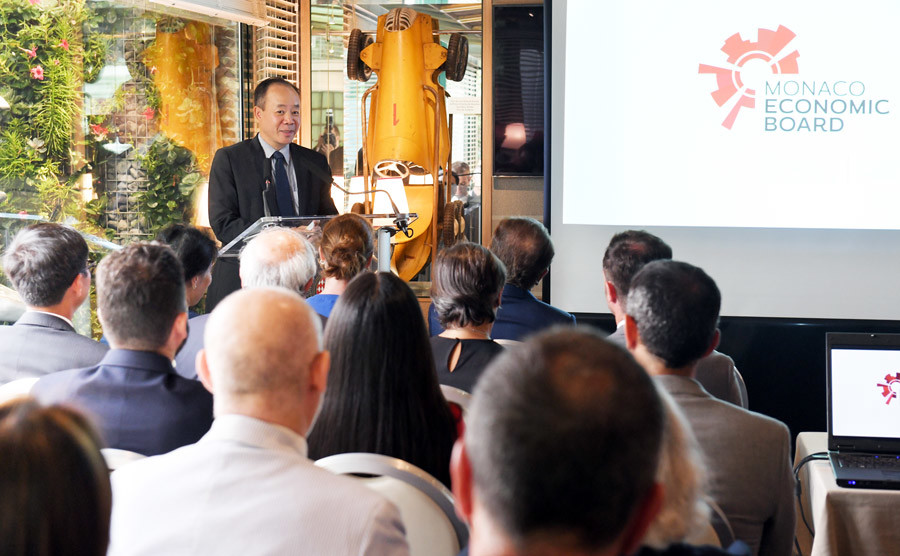 With the Monaco Economic Board’s economic mission to Vietnam approaching in November, about fifty economic players from the Principality attended an Ambassador’s Lunch on Tuesday, July 10, and heard about the south-east Asian country’s phenomenal growth and potential for inward investment.

His Excellency Mr Thiep Nguyen, Ambassador of the Socialist Republic of Vietnam to France and Monaco, spoke about the economic attractiveness of his country which is today inhabited by 91 million people.

Regarding business opportunities for Monegasque entrepreneurs, the Vietnamese Ambassador pointed out that finance, renewable energy and health were promising sectors. He added: “The Principality of Monaco is known in Vietnam. Its vivacity, its attractiveness and especially its history are models to follow.”

At the end of the meeting, Mr Djivan Djierdjian, Executive Director of SIAMP – CEDAP, a member company of MEB that has been working in Vietnam since 1998, also came to testify about the potential of the country. The MEB tour of Vietnam will accompanying the official visit of HSH Prince Albert II. 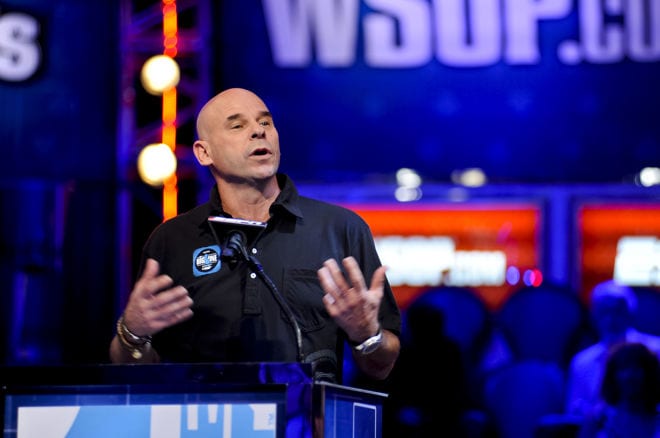 Guy Laliberté, the founder of One Drop, a non-profit organisation whose mission is to help improve access to safe water[/caption] The €1 Million Buy-in Monte-Carlo One Drop Extravaganza confirmed its first 35 players this week. Kicking off on October 13, some of the world’s richest individuals will sit down to play the Big One for One Drop, the charity poker tournament, at the Casino de Monte-Carlo, according to pokernewsreport.com. The One Drop Extravaganza will likely go down in history as the most expensive tournament series ever. It will certainly be the first to feature a poker tournament with a €1 million buy-in and, with seven other events scheduled (excluding satellites) with buy-ins from €10,000 to €100,000, players attending the Extravaganza are going to have to dig deep into their piggy banks. Unlike in 2012 and 2014, when the Big One for One Drop formed part of the World Series of Poker (WSOP) schedule, entry to this year’s event is by invitation only. Guy Laliberté, the founder of One Drop, a non-profit organisation whose mission is to help improve access to safe water, said he initiated the change to bring “fun and innovation to charitable giving”. Even the live satellites on the day preceding the €1 million buy-in event are invitation-only – with Laliberté expecting a large number of businessmen, philanthropic, and celebrity recreational players to attend in order to “enjoy the game, the networking opportunities and the incredible VIP experiences”. The One Drop tournament itself will be played over three days. Day 1 gets underway at 2:00pm (CET) on Friday October 14 with players each having a starting stack of 5 million chips and blinds starting at 6,000/12,000 (ante 1,000). Unlimited re-entries are allowed until the start of Day 2 (Saturday October 15 at noon), and the tournament will conclude on Sunday October 16 – with the winner likely to eclipse the prizes won in 2012 by Antonio Esfandiari ($18,346,673) and in 2014 by Dan Colman ($15,306,668). In addition to the tournament action, high-stakes cash games will be running eighteen hours a day with limits ranging from €25/€25 up to €1,000/€2,000. The cash games on offer will include the standard fare of NL Hold´em and PL Omaha, with Open-Faced Chinese Poker available for those who like to gamble. Just in case the stakes are not high enough for some players, there will also be a €1 million buy-in cash game on the last day of the event. Prince Albert has given his backing to the event. In a statement released to the media, His Serene Highness – who has his own charitable foundation to address environmental change – said: “I am pleased that Monaco has been chosen to host the 2016 edition of The Big One for One Drop, one of the most innovative charity events. After only two editions, The Big One for One Drop has raised more than $10 million for water, a cause that I hold particularly dear. I wish an even greater success to the third edition of The Big One,” Prince Albert said.

Local News Staff Writer - January 13, 2019
The Pact renews the response of the international community to the challenges of large-scale forced displacement in support of host countries and refugees.