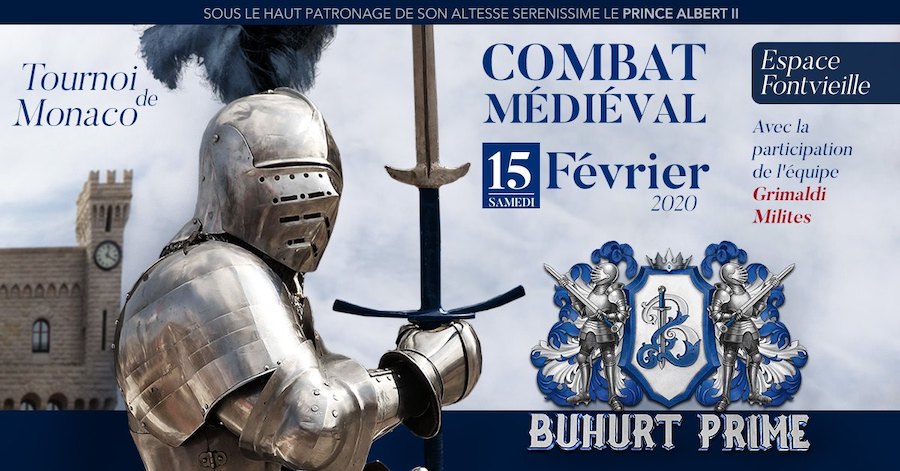 Buhurt Prime, the final tournament of the Historical Medieval Battle season, comes to the Big Top in Fontvieille to determine which team is the best of the best.

In order to get a clear understanding of what a major event this is, think of Buhurt Prime as the Champion’s League for Medieval fighting teams. Twelve teams meet on the battlefield using completely authentic and historically accurate replicas of medieval armour and weapons in a fight to the “death” to determine the ultimate winners.

Monaco’s local team, the Grimaldi Milites, will be joined by top teams from the United Kingdom, Denmark, Poland, Ukraine, and Czech Republic for all out action on 15th February.

In addition to the competition, there will be a medieval fair offering replicas of knight’s actual weapons, jewellery, toys and leather accessories, a photozone where aspiring knights, princesses and jesters can get a picture of themselves in period garb, and an interactive zone where experts teach visitors how to shoot a bow and arrow. There will be special kid-friendly armour and weapons made just for the younger guests to give it a go, as well.

Scarpa wines, who is partnering in the event, offers a glass of wine to visitors as they meander around the scene, as well as wine tastings where their special edition wines will be on sale.