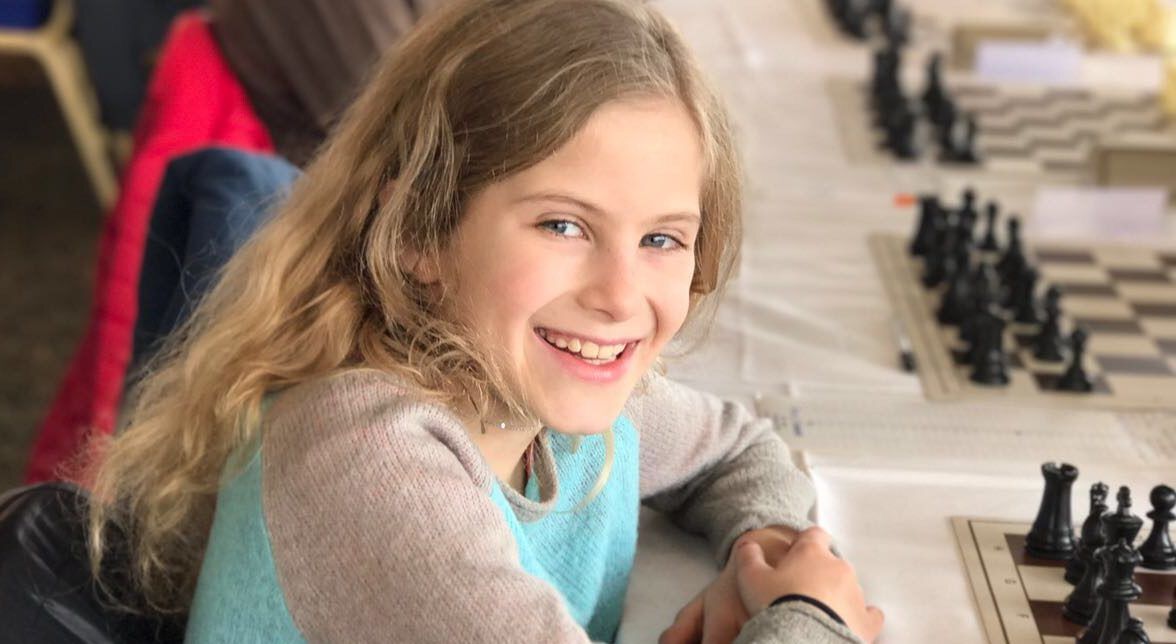 Fiorina Berezovsky lives with her parents and three older siblings in Monaco. She attends the Ecole de la Condamine where her favourite subject is Maths, but Art comes a close second. “There are lots of subjects I really like,” Fiorina, who turns 10 in August, told Monaco Life. “I have this one teacher, she’s really nice and gives us candy when we work well.”

Like many other girls her age, Fiorina gets up at 7 am, starts schools an hour and a half later, and then finishes classes at 4:30 pm. Unlike other girls her age, she is a national chess champion and spends a great deal of her free time, an hour or two per day, practicing for upcoming tournaments, either with exercises or with a trainer. 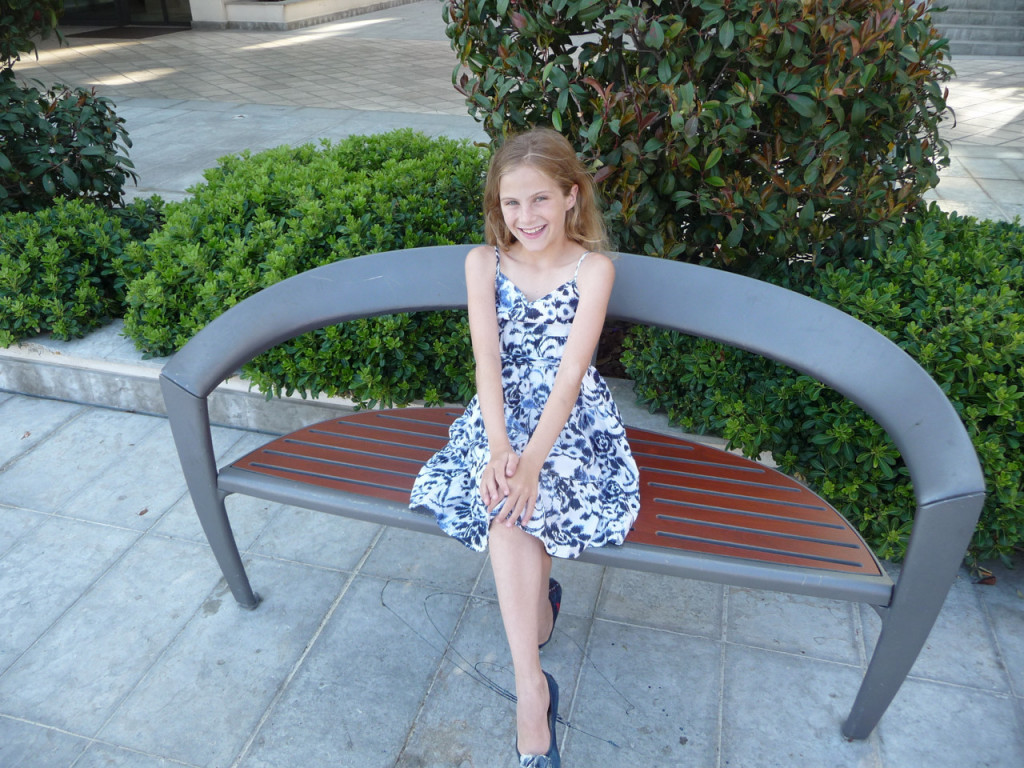 She comes by her talent naturally. Her father, who holds an international chess title, met her mother – Monaco’s Women’s Chess Champion – at a chess tournament in Ukraine. Fiorina’s two brothers and sister also play the chequered board game.

In fact, there are around a hundred people in Monaco’s Chess Federation – Le Cercle d’échecs de Monte-Carlo, or CEMC – although some live in neighbouring France or in Italy, and the Monaco chess championship is held annually.

This year, there was a collaboration between the CEMC and the Monaco association Peace and Sport. Young Fiorina, accompanied by her father Igor, attended the not-for-profit’s annual White Card event, which invites top-level sports personalities to be “Champions for Peace” to flash a white card for the official launch photo with Prince Albert.

After the group shot at the Yacht Club, His Serene Highness engaged the Principality’s young chess champion in conversation. “Prince Albert asked me which tournament I just did, and I told him it was in Cannes. Then he asked me if I did well, and I replied yes, because I scored five and a half out of seven – and that was good because it was my first time playing an Open, so there were boys and all ages and sometimes the boys look really confident but you just have to focus on your position. But it’s scary when they are really big.”

Fiorina has been playing chess for three and a half years. “I still get nervous the first two rounds because it’s new and I don’t know what’s going to happen.”

She used to play with at tournaments with her brother, Jonathan, who’s now 11. “I liked it when he did the tournaments with me and if I would lose he’d tell me it’s okay. But now I see lots of people who play at the same tournaments. Sometimes they give me the evil eye, but usually they’re friendly. We wish each other good luck and after the match, we’re friends.”

Fiorina, who says chess “exercises your brain”, started playing the board game around the age of 6, she entered her first competition and won. “Winning felt good, and I liked it. And it just happened to be the qualifications for the French championship. “If you don’t get qualified you don’t go.”

Fiorina, who speaks five languages – English, French, German, Russian and Ukrainian – played in Baku for Women’s Olympic Team of Monaco and was the youngest player to ever win a game.

“I won two games out of five. There were only about 3 or 5 kids and the rest were grown ups.

It feels weird sometimes to play with the grown ups. You don’t know how good they are, but you still have to try. Some of them are really experienced and some have just started.”

Fiorina admitted that she feels sad if she doesn’t win, but then learns from her mistakes and gets better. “Compared to my first tournaments, I’m much older now and have lots more experience so I play much better. I looked back at one of my games a few months ago and I saw that my moves were really bad.”

Her experience continues to broaden, having played in tournaments in Belfort, France – where she placed seventh in the French Championship for her age category after nine matches over five days – Cannes and Greece, and this year, an advantage of living in a small country like Monaco, the chess whiz will go to Brazil for the Children’s World Championship. But it was in Baku, Azerbaijan, last September, at the 42nd Chess Olympiad where the Monaco team player really made her mark as the youngest ever participant in the event, which was organised by the Fédération Internationale des Échecs.

“You need to battle when you play chess. You have to attack. And I like attacking but sometimes you have to defend and that’s when it gets interesting,” she said smiling. “When there are so many variations to calculate and when you just don’t know what’s going to happen.”

But it’s not all about chess. Fiorina takes drama on Wednesday afternoons – “I really like theatre because I can act a lot and I like chess because it’s fun to play and you have to think” – and likes to relax by playing on her phone, eating, or doing gymnastics.

Fiorina likes living in Monaco. “It’s really pretty and I like that it’s small so if you get lost it’s not that hard to find your way. I also like to go to the beach or the pool at the weekend.”

The water lover even did two years sailing for kids but her passion is chess. “I think I’ll always play chess. There’s the World Chess Championship and the Chess Olympiad, every two years, and I want to be a champion.”

A first for Monaco as Constance Paefgen goes to Yale 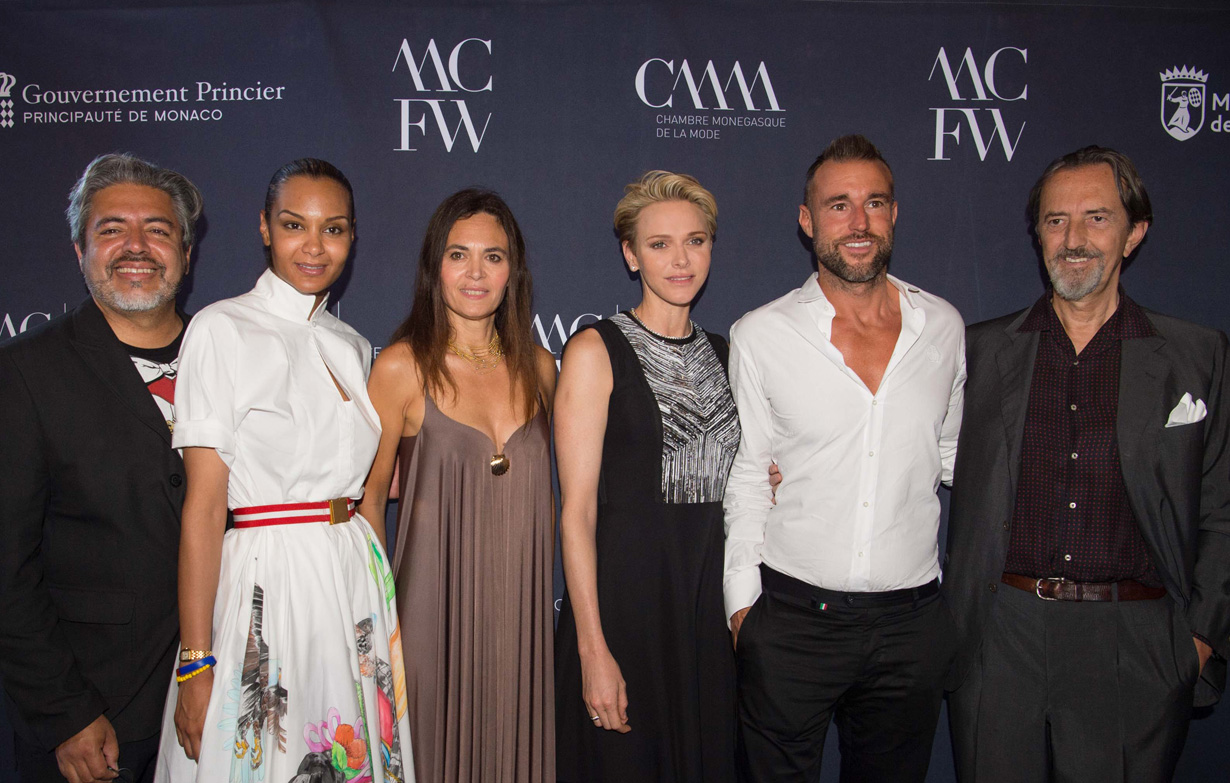 MCFW© 2016 Edition, (L-R) Marcos Marin, Stella Jean, Federica Nardoni Spinetta (President of Chambre Monégasque de la Mode), Princess Charlene, Philipp Plein and Giovanni Gastel Photo: ©Kasia Wandycz/Palais Princier[/caption] The famous revolutionary Italian designer Chiara Boni will be the runway special guest at the next Monte-Carlo Fashion Week, now in its fifth edition. From Thursday, June 1 through Saturday, June 3, 2017, the Monte-Carlo Fashion Week (MCFW©) will take place in the Principality under the High Patronage of HSH Princess Charlene of Monaco. The Monaco event dedicated to international fashion will be held at the new Fashion Village of Fontvieille in Monaco, and run over three days, with runways, presentations, conferences and lifestyle events geared to the international fashion community. MCFW© is organised for the fifth consecutive year by the Chambre Monégasque de la Mode, with the continuous support of the government, the City Hall and the Tourism Office. With each new edition the MCFW© grows in prestige thanks to the participation of relevant names in the international fashion arena, and a parterre formed not only by international celebrities who often frequent the Principality, but also buyers, retailers, department stores, international journalists and social influencers. The Executive Organising Committee of this highly anticipated event agreed to support the Princess Charlene of Monaco Foundation, which was launched in December 2012 by the Princess with a primary objective to save lives by putting an end to accidental drowning, especially among children. Its mission is to raise public awareness about the dangers of water, teach children to swim while learning safety measures through the “Learn to Swim” and “Water Safety” programmes. The Monte-Carlo Fashion Week 2017 will be held during the Italian National Day on Friday, June 2, and will celebrate Made-in-Italy with an exceptional guest, Chiara Boni, the renowned and revolutionary Italian designer. She will have the honour of closing the runway on Friday, June 2, with her collection Chiara Boni-La Petite Robe. The three-day programme includes the opening Gala and Awards Ceremony on Thursday, June 1, at the legendary Oceanographic Museum of Monaco. Article first published March 8, 2017.