Meet the new Ambassadors from Costa Rica, Lesotho and Mauritania

Meet the new Ambassadors from Costa Rica, Lesotho and Mauritania 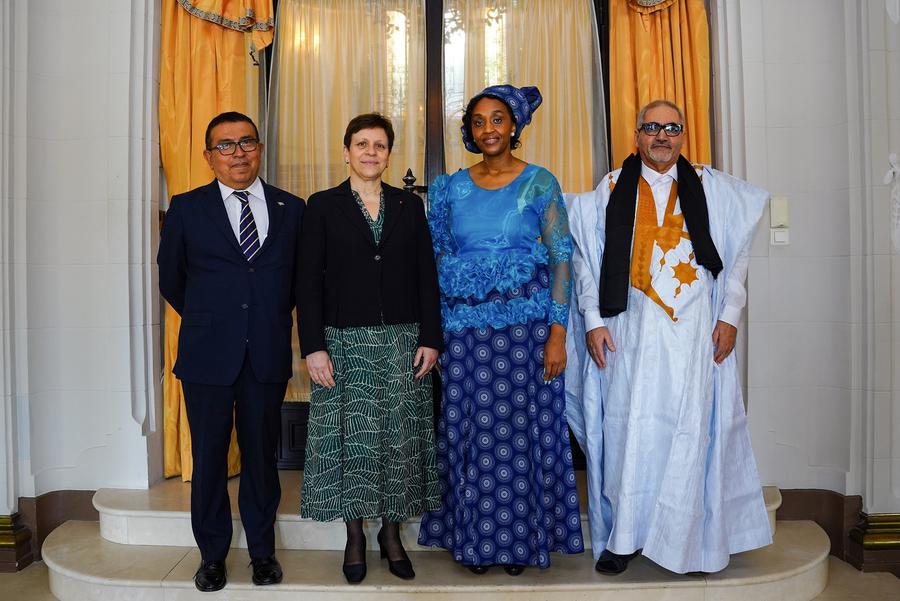 The three new diplomats were greeted by Isabelle Rosabrunetto, Director General of the Department of External Relations and Cooperation, where after meeting with Prince Albert II to present their Letters of Credence, were then ushered to the Hôtel Hermitage where they were given a welcome luncheon.

Ronald Flores Vega joined the Ministry of Public Works and Transport of Costa Rica in 1979 and held various positions related to transport planning, the environment and urban planning until 2013. He then became a Parliamentary Advisor to the Legislative Assembly from 2006 to 2010. He is currently serving as Ambassador Extraordinary and Plenipotentiary of Costa Rica to Italy, since 2018.

After beginning her career in diplomacy in 2000, Senate Barbara Masupha was Chargé d’Affaires of Lesotho in Italy then Permanent Representative to the United Nations from 2011 to 2013 before occupying the position of consultant in research, development of politics and international relations from 2014 to 2020. She is currently Ambassador of Lesotho to Germany, France, Russia, Poland, the Holy See and Austria.

Ahmed Bahiya has more than three decades of experience in the fields of education, scientific research and executive administration in Mauritania. Secretary General of the University of Nouakchott in 2009, he also served as Minister of Secondary and Higher Education from 2009 to 2011 then Minister of State for National Education, Higher Education and Scientific Research. From 2013 to 2019, he became Chief of Staff to the President of the Republic of Mauritania. He is currently Mauritanian Ambassador to France, Portugal, Monaco, Andorra and the Holy See.