A long-disputed work attributed to Michelangelo is about to take up residence this summer at the Cathedral of Monaco. From 7th July until the end of September, art lovers and historians are free to visit the piece entitled Crucifix of the Holy Spirit.

According to art expert Professor Antonio Forcellino, Michelangelo carved a wooden cross for the Priory of Santo Spirito in Florence in or around 1496. The cross remained in the choir until 1607, when it was moved to the sacristy. This is where things get a little hazy. At the start of the 18thcentury, all mention of the crucifix disappears in church records, despite full inventories being carried out regularly until the 1800’s.

Fast forward to 1963 when, upon the 400thanniversary of the artist’s death, art historian Margrit Lisner puts forth the possibility that a cross that had lived unnoticed in the convent’s corridor was Michelangelo’s missing piece. The explanation was plausible, as inventories were only taken of certain parts of the priory, and a discreet cross in a hallway would go largely unnoticed.

The dispute raged on as to its authenticity for many years. Today, it is accepted as a work by Michelangelo, after passing through the hands of many art experts and church historians, but a touch of mystery still remains.

To see for yourself, mark your calendar for 7th July at 5:30pm, when the official unveiling ceremony takes place at the Cathedral.

Youngsters sing from Monaco to Malawi 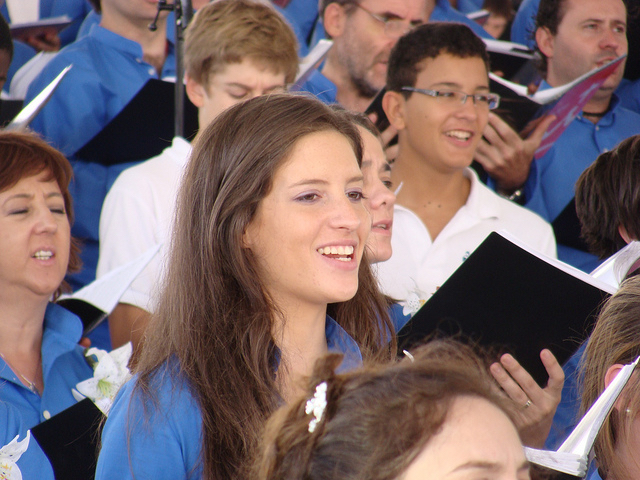 Photo: Rui Fernandes[/caption] On Monday, March 20, at 8 pm, the musical production "Let's Sing for Young People in Malawi" will take place at the Théâtre des Variétés. Janine Pezzuoli-Grinda, particularly appreciative of the approach of young pupils of the Second International Option class at the Lycée Albert I and their professor Marie-Claude Riley, has brought together 25 singers from the Monegasque association "Si On Chantait" to hold a musical show. This will raise funds for a non-governmental organisation working for children's rights in Malawi, one of the poorest countries in Africa. "Thinking Future-Keeping Girls in School" is an educational programme led by the African Network for Prevention of Child Abuse and Neglect to enable young girls, and soon young people, not to leave school to marry prematurely. The initiative is part of the PEACEJAM program, organised by the Directorate of National Education, Youth and Sports. On this occasion, high school students are invited to come together around noble causes and projects of a humanitarian character. Through this programme, students also have a tremendous opportunity to participate each year in an exchange with a Nobel Peace Prize laureate. Tickets (€10 or €7 for students) will be on sale before the show or now from pupils, as well as Mrs Pezzuoli-Grinda at 06 07 93 51 62.