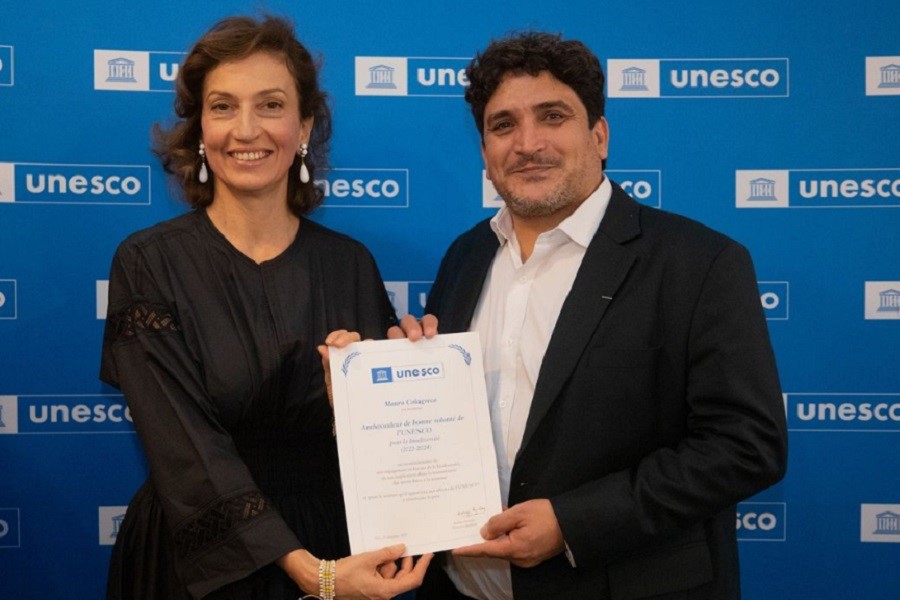 Mauro Colagreco, the three-starred chef from local restaurant Mirazur, now has another hat to wear as a new UNESCO Goodwill Ambassador.

He’s got three Michelin stars to his name and his Menton restaurant was voted Best in the World in 2019. Now, through his interests in biodiversity and ecology – Mirazur became the first restaurant in the world to achieve a plastic-free certification in 2020 – 46-year-old Colagreco has become a Goodwill Ambassador for the United Nations Educational, Scientific and Cultural Organisation (UNESCO).

The appointment did not happen overnight. In fact, it has been two years in the making, and started when the famed chef contacted UNESCO to set up a biosphere-related project involving circular restoration. The project, a working farm in every sense, is set to be up and running next year.

“It is a circular restoration program,” Colagreco told France 3. “It will be a farm with three poles: agricultural (second half of 2023), catering and training (from 2024). It was while participating in several conferences that UNESCO discovered our work and offered me the job. I am very happy, very honoured.”

The Italian-Argentinian will hold this unpaid position for two years, with the possibility of renewal. The job is offered only to those whose lives and values reflect those of UNESCO. He is the 99th ambassador and the first chef to hold the title.

The choice is not unwarranted. Colagreco’s Mirazur uses produce grown in his own garden, has eliminated single-use plastics, and has a fish maturation room he uses when the daily catch is not as strong as it could be. His efforts prove he is an ardent advocate of finding better and more environmentally-friendly ways of doing things.

In a press release, UNESCO said, “As Goodwill Ambassador, Chef Mauro Colagreco will have the role of promoting the organisation’s actions in favour of biodiversity. As part of [its] mandate for science, UNESCO notably created the ‘Man and the Biosphere’ program in 1971, which aims to restore a balance between human beings and their environment. There are today 738 UNESCO biosphere reserves throughout the world, which represent more than 1.3 million km² of protected areas.”