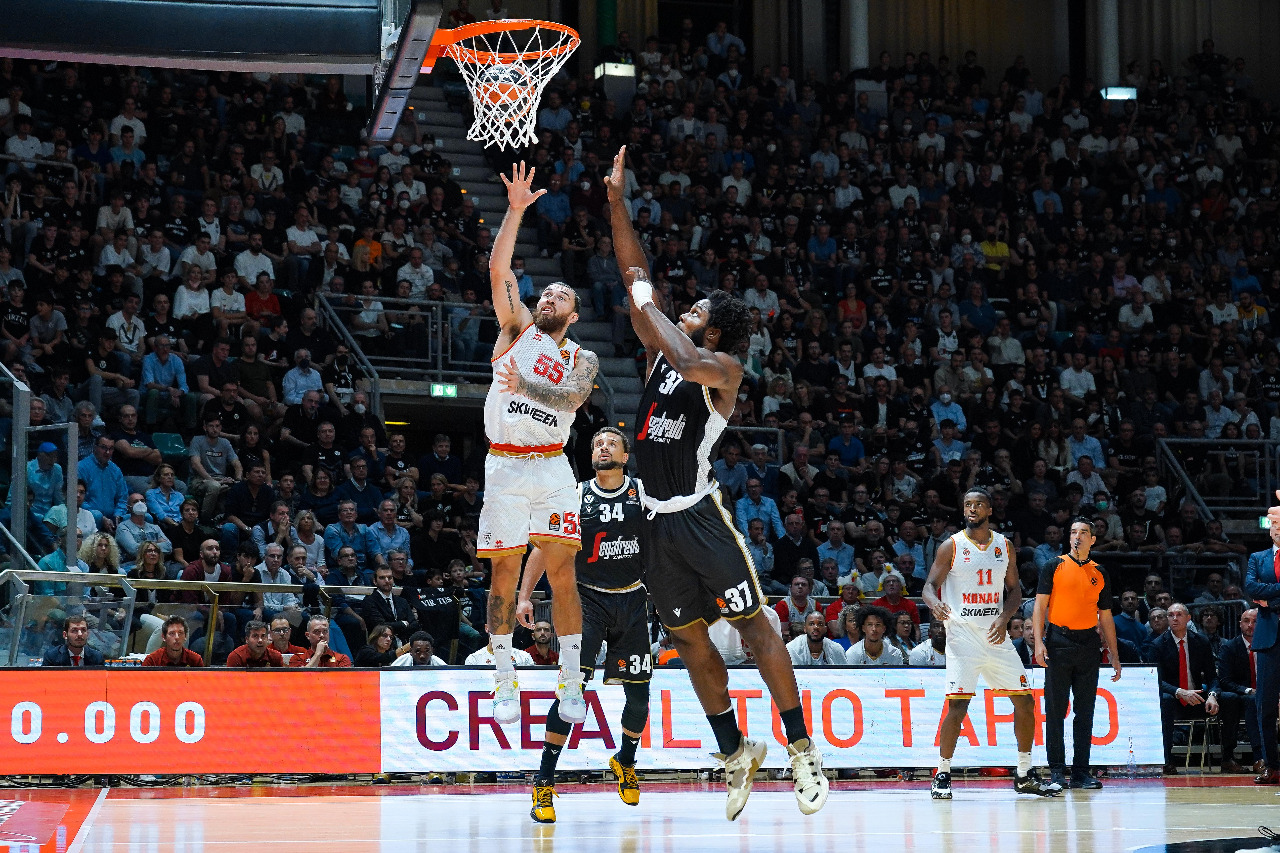 AS Monaco Basketball sauntered to a comfortable victory against Virtus Bologna (66-83) in their opening fixture of the new Euroleague season as they look to once again reach the playoffs.

Virtus Bologna may be new to the Euroleague, but just like Monaco last season, they have grand plans of reaching the playoffs in their first Euroleague campaign in almost 15 years. The quality of their side reflects that, meaning that the Roca Team couldn’t be under any allusions as to the difficulty of the task that awaited them in Italy.

The first quarter of the tie reflected Bologna’s ambition as they matched Monaco toe-to-toe. However, now in their second season, Monaco have experience on their side, and their superior game management, and skill, showed in the middle two quarters.

Throughout the encounter, the Roca Team displayed a staunch rear guard, limiting space and opportunities for their opponents. Only in the final quarter, when the game was already beyond them, did they finally manage to hit the 20-point mark.

However, Bologna’s defence caused the visiting Monégasques plenty of difficulties. Mike James (26), the hero of last year’s glistening Euroleague campaign was one of few players to have any joy against a resilient Italian back-line, scoring six points in the first quarter to ensure parity at the break.

However, Monaco quickly took the ascendency in the second quarter, and thereafter didn’t relinquish control of the game until the result was guaranteed. Elie Okobo (13) and James were the orchestrators of Monaco’s dominance as they went on an 11-point unreplied run (18-25).

Bologna were just trying to stay in the game and did so through some excellent three-point shooting in the second quarter. However, it was clear that any drop in efficiency from the Italians would see them lose the tail of their opponents.

There was no let-up from Monaco going into the second half as ‘The Mike James Show’ came to town. The American point-guard, who had been Monaco’s most surefire source of points throughout the night, took complete control of the game.

Not only was he scoring, but he was also providing and Okobo and Alpha Diallo (15) were the main benefactors of his imperious playmaking display. By the end of the third quarter, Monaco’s 18-point lead was insurmountable for Bologna.

Although the Italian side had more joy in the final minutes as Monaco eased up, the result was already guaranteed. A comfortable away victory in the Euroleague opener sends out a clear signal that they are more than capable of replicating last year’s heroics.

Post-match, Diallo said, “We played a great match, with a great collective effort throughout the 40 minutes. We know that Mike [James] can make the difference, me too, and the other guys. We really played together as a team, and we have to continue in this direction. Everything started with the preparation. We worked hard and it is paying off.”

Monaco have a tight turnaround and next face Gravelines-Dunkerque in the Betclic Elite at the Salle Gaston Médecin on Sunday. 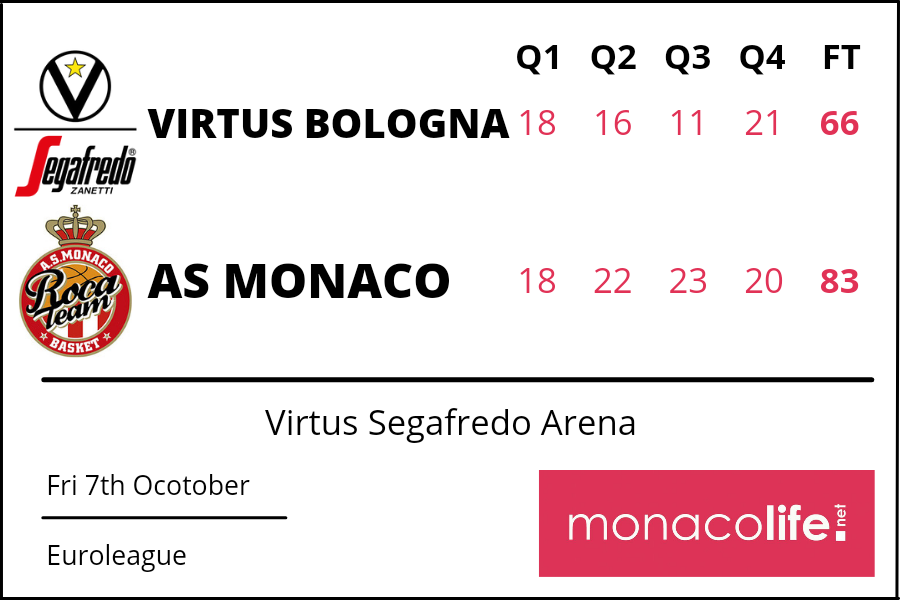