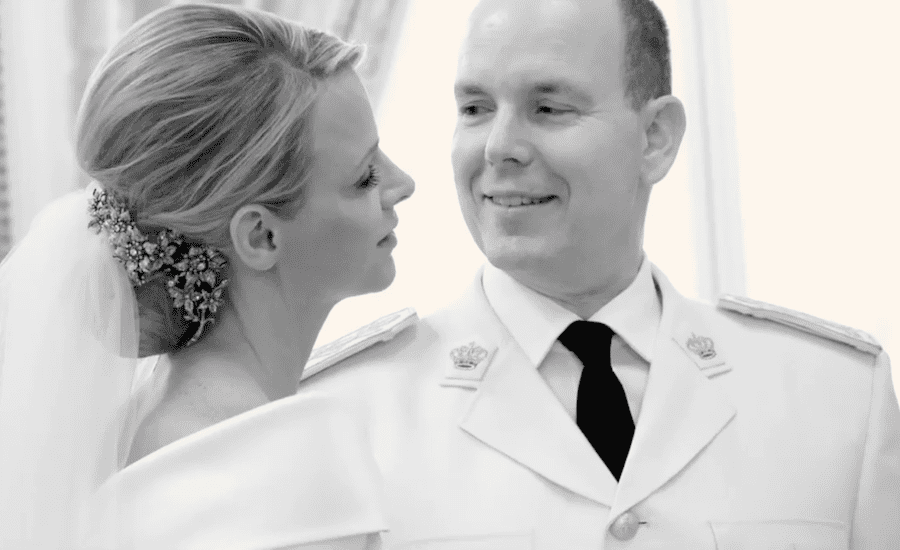 The 10th anniversary of the marriage of Prince Albert II to Charlene Wittstock is coming up on 1st and 2nd July and it will be celebrated with a 10-part mini-series chronicling their lives together.
The Prince’s Palace has released a video teaser of the upcoming mini-series on their social media page, highlighting the couple’s best times over the past decade of marriage.
“Their Serene Highnesses Prince Albert II and Princess Charlene will celebrate the 10th anniversary of their marriage on 1st and 2nd July. To celebrate this event, a 10-episode mini-series recalling the ceremonies and festivities of the summer of 2011, the couple’s personal journey, their meeting and their family life with their children, will be broadcast on the Palace of Monaco’s social networks from 1st July at 6pm,” said the Palace.
Princess Charlene has been suffering with an ENT (ear, nose and throat) infection which the Palace says has prevented her return to Monaco from her native South Africa, where she has spent the past several months.
According to reports, she will not be returning for the 10th anniversary because of operations to treat the problem.
Though she has not been seen in Monaco since January, the couple was recently reunited in South Africa when the Prince visited her with their twins, Hereditary Prince Jacques and Princess Gabriella.