France’s new Interior Minister, Bruno Le Roux, has announced that the total number of vehicles set on fire “directly” to mark the passing of the old year and the arrival of the new was 650, compared to 602 a year ago.

However, beyond these raw numbers is a different reality. The total number of cars destroyed by fire in France on New Years Eve and the early hours of Sunday, January 1, was 945, taking into account that fire also destroyed motor vehicles parked in close proximity to those “directly” set alight.

However, the Minister tried to put the matter in a more favourable light when he announced on Sunday that the number of cars set on fire in this annual French ritual has fallen by 20 percent over the last five years. A spokesman for the Ministry said that there had been no intention to mislead the public, and that some of the cars concerned had been only slightly burned.

Opposition parliamentarians have attacked the minister for employing the same tactics that have been used by the government to artificially reduce the official unemployment figures.

Mr Le Roux, who led the Socialist Party in France’s National Assembly from 2012 until 2016, replaced Bernard Cazeneuve, who was named Prime Minister on December 6 after Emmanuel Valls stepped down to run in the French Presidential election later this year. (Feature image: Richard Hopkins.)

Local News Staff Writer - December 6, 2018
The two governments welcome the partnership, which is fully in line with European programmes for cooperation on innovation and digital security. 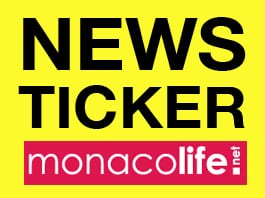