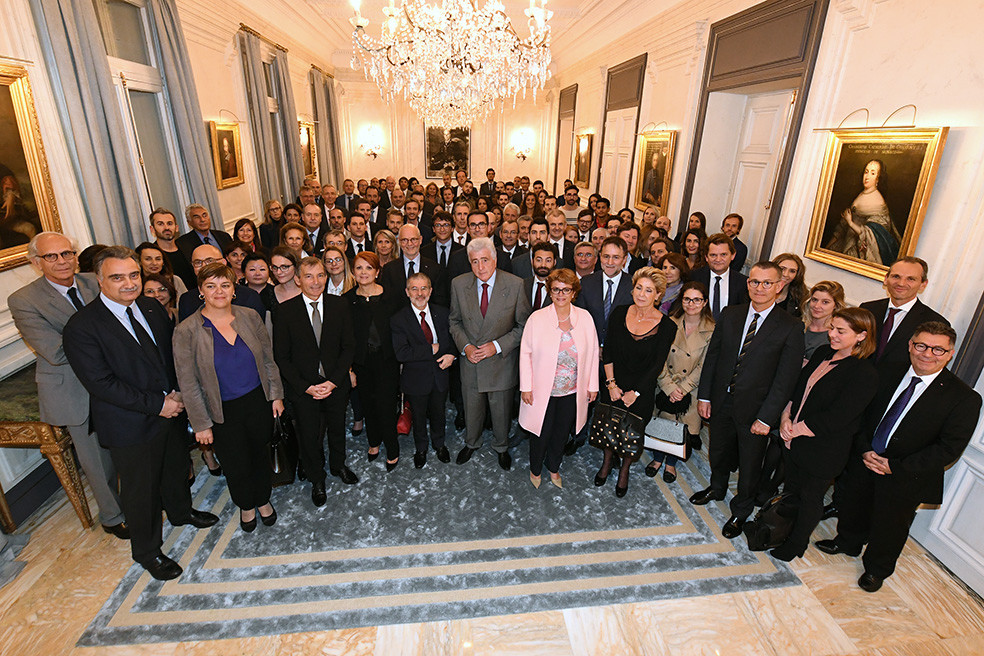 Minister of State Serge Telle hosted the heads of companies that are signatories of the Memorandum of Understanding relating to the integration of young Monegasque and resident graduates into working life.

Also in attendance at the event, which took place at his residence on Thursday, October 19, were Government Ministers, the Executive Unit of the Graduate Integration Commission, a number of young graduates who have found a job thanks to the Commission for the Integration of Graduates (CID), as well as leading personalities.

Created in February 2010 by the Prince’s Government, the Graduate Integration Commission works in response to the express wish of the Sovereign Prince to preserve in the Principality the intellectual wealth of Monaco’s youth and to facilitate the return to Monaco of expatriate graduates.

HE Serge Telle warmly thanked the representatives of the 145 companies that agreed to make this partnership for youth such a successful reality. He also paid tribute to the quality of work provided by the Executive Unit, which after seven years of operation, has helped more than 1,000 young graduates to received an individualised interview.

The Minister of State reiterated the need to stay active in the integration of graduates. An example of this approach was the holding in January at the Auditorium Rainier III, the sixth “professional discovery afternoon” for students in the final classes of the Principality.

The focus of the January event was on the sectors generating employment in Monaco: the hotel industry, health, banking professions, public accounting, yachting, the profession of bank lawyer, IT related to new technologies, the Monegasque civil service, engineering and construction.

Thanks to all these initiatives, coupled with those of the Employment Service, young people in the Principality are making every effort to build their futures. 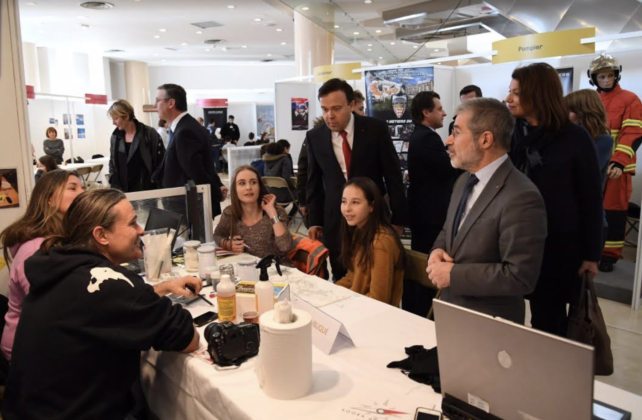 Meals on wheels gets a boost with new car

A refrigerated Renault Kangoo was recently acquired by the Monaco City Council thanks to the generosity of the Rotary Club.