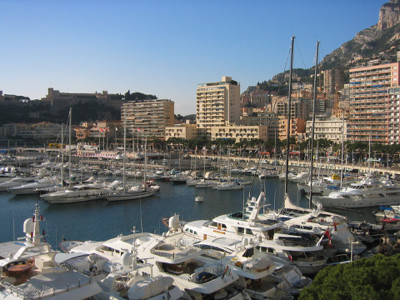 Serge Telle, accompanied by Robert Colle, Secretary General of the Government, received journalists on the afternoon of Monday, September 4, to discuss a number of themes.

For tourism – Although the figures for August are not yet known, the Secretary General confirmed the good results of tourism for the summer season with an occupancy rate estimated at 85 percent. For the month of July, the average price of a night stayed at 386 euros, the same as in 2016, and the occupancy rate for the month was 78.72 percent.

On another theme, Mr. Telle said that the problems associated with the Gardens of Apolline were an absolute priority for the Government: “We are not in a logic of economy but in a logic of action,” he said referring to the problems associated with water pipes and drainage. Families have been rehoused temporarily and rent holidays implemented as repair work continues on the buildings, which house Monegasques.

He said that every effort was being made to find appropriate solutions. He said that an expert was appointed to rule on the causes of the malfunctions, the responsibilities, and an assessment of the financial damage suffered by the State. Remedial work will continue in parallel with the assessment of damages and costs. He said that a special account had been opened to keep track of expenditures.

Pupils received at National Council by its...

Photo: Facebook Conseil National de Monaco[/caption] On the eve of the Easter weekend, and as part of their Civic Education, about 20 fifth-grade students of CM2 École de Fontvieille were received by President Stéphane Valeri and Marc Mourou, President of the Commission of Education and Youth, at the National Council. Sitting in the chamber where the elected representatives normally sit, the students listened with interest to a presentation on the role and functions of the elected council. At the end of the meeting and after answering their questions, the President referred to the importance of elections in the Principality. He said he would invite the future class delegate to return to the National Council for an official photo session.