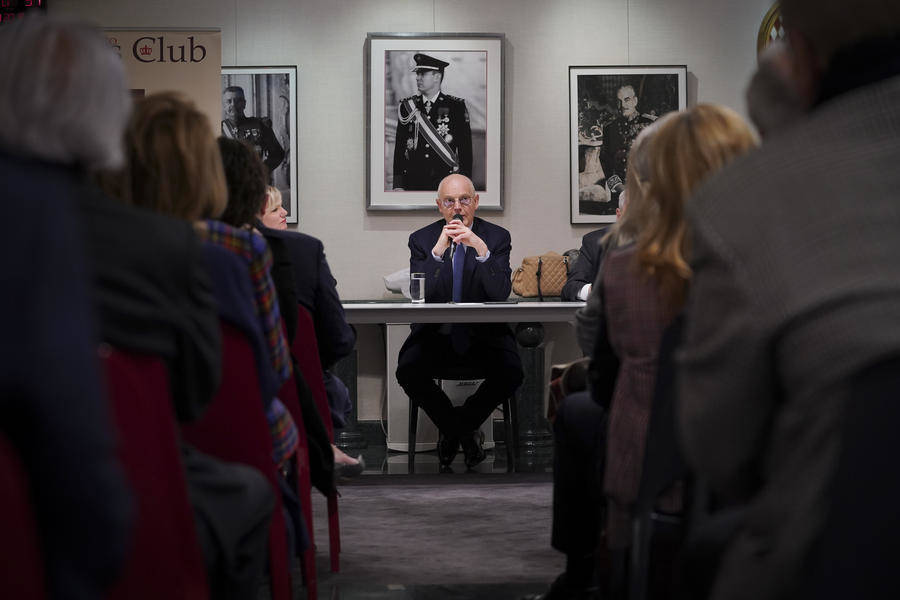 The Minister of State was the guest of the Monaco Press Club on April 11. In front of the press and communication professionals gathered at the Automobile Club, Serge Telle recalled the importance of the media in a democracy.

“There is no public policy without journalists to report on it,” he said.

Asked about the various topical issues, the head of the government gave an update on the negotiations of an association agreement with the European Union.

“I have no doubt about the need for our companies to have access to the big market and the freedom for Monegasques to work in any European country. But that will not happen under any conditions,” he said.

The challenge today is to negotiate an agreement that takes into account the specificities of Monaco and the famous “red lines” set by Prince Albert II, and preserves certain rights reserved for nationals.

“It would be unthinkable that the Monegasques, minority in their country, can not be protected in a territory of two square kilometres,” said Serge Telle.

Asked about the date of signing the memorandum of understanding, the Minister of State said, “We are doing a lot of work but it will probably be difficult to be ready in June. In a negotiation, you have to be master of time and keep control of the clocks.”

During this meeting with the Monaco Press Club, the Minister of State returned to the National Plan for Housing and the tiny percentage of vacant state apartments. Serge Telle has finally announced the lines of reflection underway in favour of the housing of French assets of Monaco in neighbouring municipalities as well as issues related to the energy transition and Smart City.