Minister of State praises valuable and necessary work of the press

Minister of State, Serge Telle, accompanied by members of the Government, extended his New Year greetings to the editors of the main local and regional media on Monday, December 15 at the Yacht Club’s Sunrise Deck.

Mr Telle made reference to the elections to the National Council, due to take place in February, took stock of the Government’s central policies and the priorities for the coming year.

The Minister of State, in the company of Minister of Finance Jean Castellini, Minister of Environment Marie-Pierre Gramaglia and Minister of Interior Gilles Tonelli, also spoke of his commitment to the work of the media: “I believe more than ever in the need of the press at a time when, like you, I know that everywhere the press is criticised and its need disputed.”

He also touched on the other major challenge faced by established media, the business model turned upside down by the arrival of social networks.

“I want to tell you how much I am convinced of the importance of your mission and the desire for excellence that drives you.” 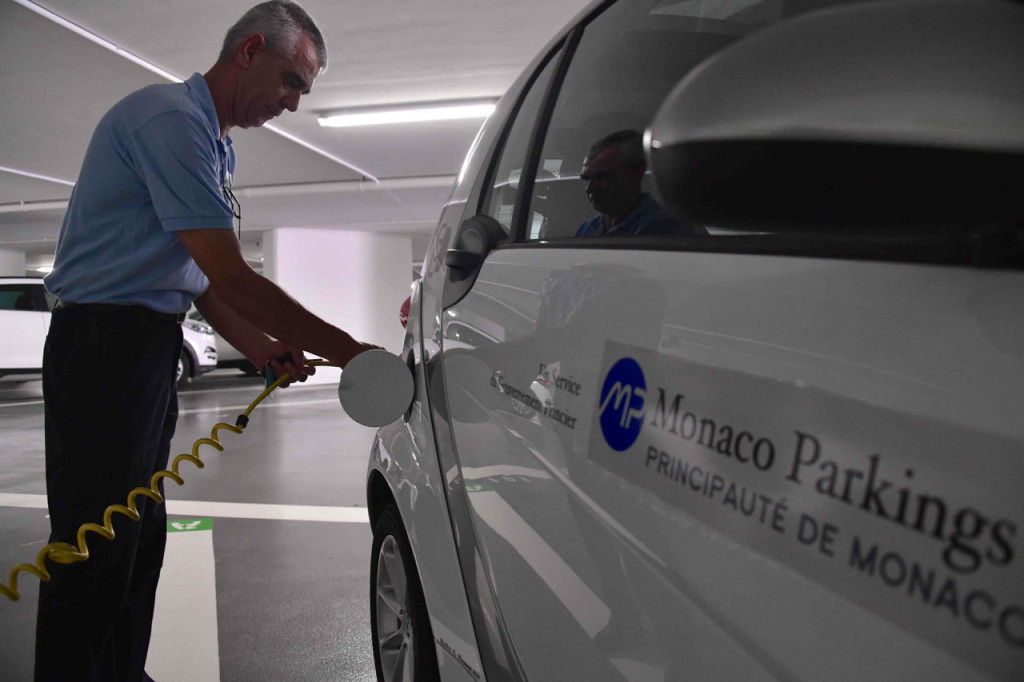 The ISO 9001 and ISO 14001 certificates for Monaco’s Parking Department have been validated for the seventh consecutive year. ISO – the International Organization for Standardization – is an independent, non-governmental international establishment with a membership of 163 national standards bodies. Essentially, “International Standards make things work” by giving world-class specifications for products, services and systems, to ensure quality, safety and efficiency. The ISO 9001 standard covers the Quality Management, issues such as client listening (satisfaction surveys, complaints …); management of processes (human resources, service to users …); supplier evaluation; involvement of staff; and continuous improvement of the system. Also instrumental in facilitating international trade, the ISO 14001 for Environmental Management relates to control of any significant environmental impact, use of resources, assessment of suppliers, amongst other criteria. After five days, the auditor noted among the service’s strong points a clear strategy to help protect the environment, such as using less energy and environmentally-friendly products for lighting, the use of management tools that allow optimised information management, and pricing policy and subscriptions in line with environmental policy. The auditor also stressed the commitment of management to provide the best parking management, the involvement of personnel, the quality of parking equipment hardware, especially video, which offer a sense of security and a very good culture of environmental awareness. In 2011, the Public Parking service was the first Governmental department in the Principality to obtain double certification. In different languages, ISO would have different acronyms (IOS in English, OIN in French for Organisation internationale de normalisation), therefore the organisation’s founders settled on the form ISO, derived from the Greek isos, meaning equal.

The Guépratte. Photo: netmarine.net[/caption] As part of Monaco’s National Day 2016, which falls on Saturday, November 19, the frigate Guépratte of the French Navy is making a stopover in Monaco. A detachment of 16 sailors, including the honour guard on board, will participate in the Taking of Arms and the parade on Saturday. This 125 metre-long combat vessel is commanded by Captain Claire Pothier. The crew is composed of 15 officers, 85 naval officers and 53 master quarters and sailors. Through its capacity for action and information gathering, it's able to preserve and enforce France's interests in maritime areas outside Europe and participate in crisis resolution. The Guépratte can also be integrated into a naval task force and be called upon to support an intervention force, protect commercial maritime traffic, carry out humanitarian missions or support special operations. Moored at the Rainier III dock, the frigate will be open to the public on Saturday, November 19 from 8 am to 6 pm (except noon to 1 pm). Five group visits per hour with 10 to 15 people per group, with no need to make a reservation. No bulky bags will be accepted. Article first published November 16, 2016.