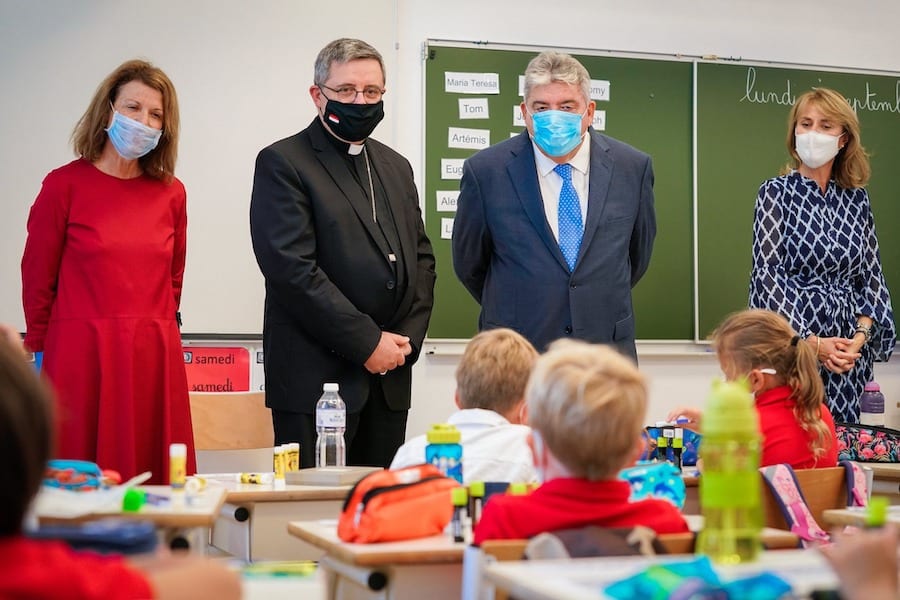 Monaco’s new Minister of State Pierre Dartout has wasted no time jumping in with both feet. He spent Monday making the rounds, visiting local schools as well as stopping in at the Public Security offices.

Minister of State Pierre Dartout took time with Minister of the Interior Patrice Cellario and Director of National Education Isabelle Bonnal to attend the opening day of the Lycée Albert 1er, speaking to the students embarking on their final year at the institution.

He then went with his retinue in the afternoon to visit the François d’Assise-Nicolas Barré School where they were joined by Monseigneur David, the Archbishop of Monaco, and spent some time with students in the Grande Section class before moving on to meet with the pupils and teachers from the CP and CM1 classes.

The minister spoke to the children and asked how they felt about returning to school and the new rules they are expected to follow. The children, by and large, expressed their contentment at being allowed to return to the classrooms and to be able to see their friends again.

Minister Dartout made a special point of congratulating the students and staff in their efforts to keep the schools safe by following health regulations. There are 518 teachers and 5,774 pupils enrolled in the Principality this year.

That same morning, the minister took a detour with his entourage and stopped in at the Public Security offices. Richard Marangoni, Director of Security, met with them along with the heads of several divisions.