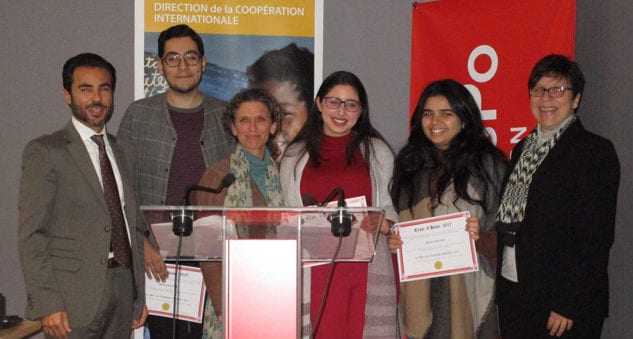 A Winter School, organised by the Department of International Cooperation (DCI), was held last week on the Middle Eastern and Mediterranean Menton Campus of Sciences Po Paris to make first-year students aware of the importance of international cooperation.

From January 16 to 20, the DCI brought together several of its high-level partners to work with some 100 students from nearly 40 different countries on the theme “Humanitarian crises and refugees”.

The objective was to provide students with an opportunity for reflection on international humanitarian law, the reality of the humanitarian crises in Africa and the Middle East, prevention of genocide and war crimes, and access to basic services for refugees, including health, nutrition, and education.

Gilles Tonelli, Monaco’s Minister for Foreign Affairs and Cooperation, opened the teaching week, stressing that “Students from Sciences Po, coming from some 40 different countries, are future public and private decision makers. It is our duty to make them reflect on the difficult realities of humanitarian crises and to inform them of the actions of the Princely government to help the victims.”

The results of the “Challenge solidaire”, a team competition to train students in the setting up of development projects, were announced at the official closing ceremony of the Winter School, in the presence of Isabelle Rosabrunetto, of the Department of Foreign Affairs and Cooperation. Among the projects in competition three have been awarded prizes and will be implemented in 2017, with the support of the DCI, to support vulnerable children in Morocco.

Local News Cassandra Tanti - February 16, 2021
The Scientific Centre of Monaco is exploring a new type of Covid screening as an alternative to the widely-used nasal tests, forming part of a larger study of this world-first alternative.