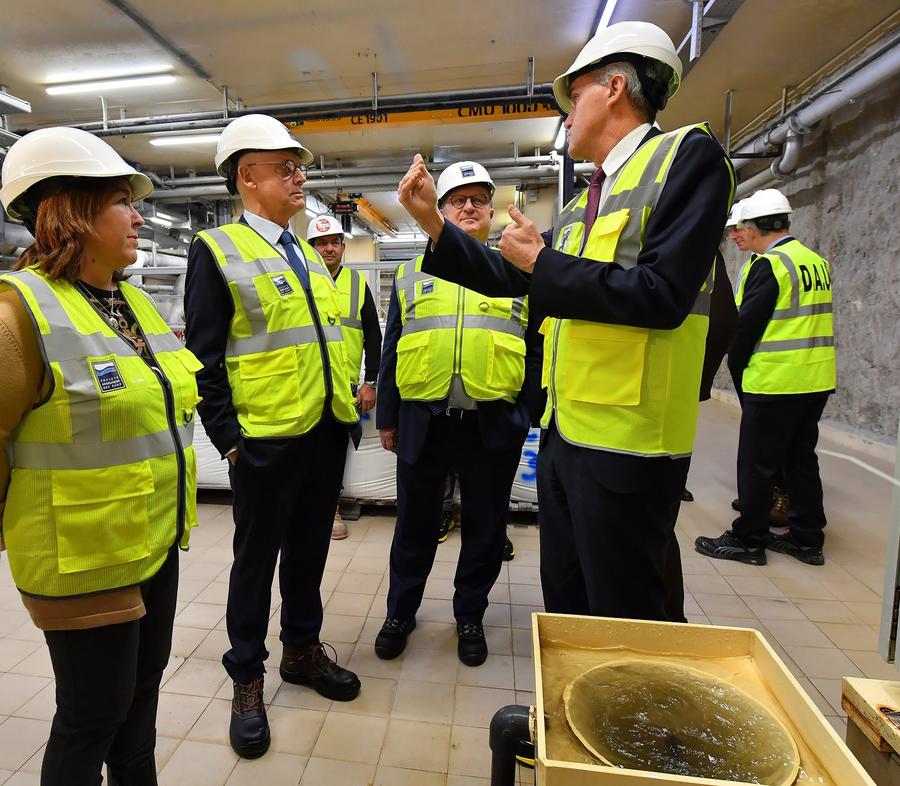 The government has visited the site of the €32 million wastewater plant in Fontvielle, a key element of the Principality’s sustainable development policy.
The Minister of State Serge Telle and various delegates visited the Waste Water Treatment Plant (UTER), which is still under construction, on Tuesday 7th January.
The Monaco plant not only treats the Principality’s wastewater but also a wider catchment area including Beausoleil and part of the Cap d’Ail and Turbie territories.
The factory is located in the heart of the Fontvieille district in ‘Le Triton’, an industrial building of 10 levels, built in the immediate vicinity of the Urban and Industrial Waste Incineration Plant.
As part of the renewal of the SMEAUX public service concession contract, signed in 2015, extension work had been planned on the UTER to increase its processing capacity by 30% and to cope with changes in flows in the years to come.
The work required the removal of the two parking levels of the Triton and the installation of advanced and innovative technology called MBBR (Moving Bed Biofilm Reactor). This biological treatment makes it possible to meet the most demanding discharge standards.


The safety aspect of the site was particularly taken into account during all the work. In order to treat the volumes of additional stale air, an activated carbon deodorisation was implemented. Although the site is 80% complete, the purification performance has already been achieved in the majority of cases.
The completion of the works is estimated for the month of September 2020, ahead of the initial schedule set at the end of the year.
The project, worth € 32 million, was funded half by the State and SMEaux. According to the government, it is important that wastewater is treated in Monaco in the most efficient way possible, despite the space constraints in which the factory is located – serving as a model of integration in an urban environment.