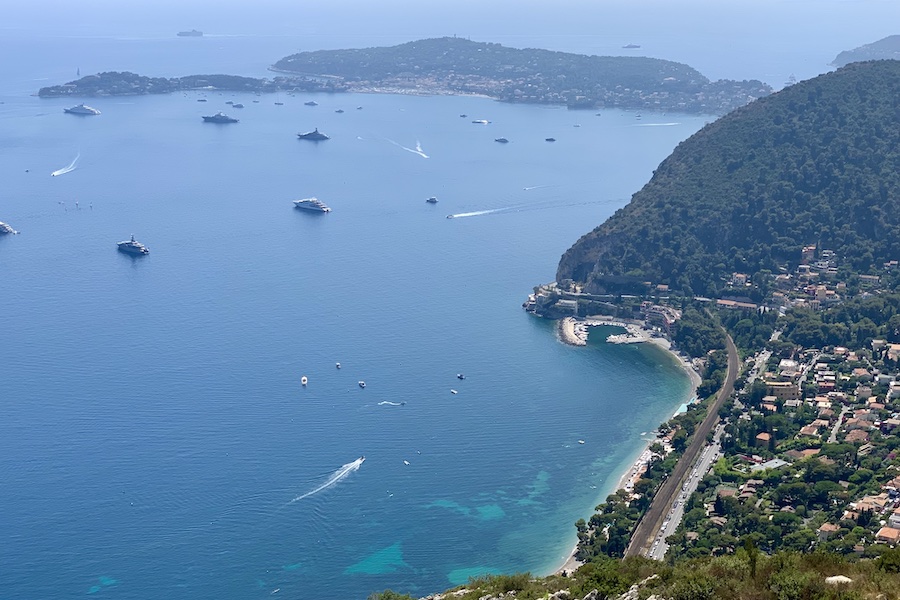 The French Riviera has had a fantastic summer, according to the Regional Committee of Tourism Côte d’Azur, with occupancy rates as high as 90% and a jump in visitors and economic benefits, with numbers easily reaching pre-pandemic figures.

The local tourism board, the Regional Committee of Tourism Côte d’Azur (CRT) has released the statistics for tourism in the region thus far this year, with encouraging results.

In June 2022, hotel occupancy in the Alpes-Maritimes reached 80%, the best since 2000, and 75% in tourist residences. By the next month, the hotels had hit 85% and 83% in residences, which are the highest numbers seen in a decade. These rates are indeed impressive, but it was August that has stolen the show with a huge 90% occupancy rate, almost that of 2019 and 2021 combined, thanks in part to the bank holiday weekend mid-month, which was sold out. As the month is not yet over, the rates are expected to exceed the 2019 figures, marking an excellent return to normal. The first half September is set to hit 75% occupancy rates, another good sign.

The coastal regions fared extremely well, but the inland regions also saw a 5% leap in occupancy over 2019. It is believed this is due to an uptick in sustainable tourism focused on the great outdoors, a policy the CRT has encouraged.

“After two years marked by the health crisis and a tense international context, tourist attendance for this summer season 2022 marks a virtual return to normal on the Côte d’Azur,” said Alexandra Borchio Fontimp, President of the CRT Côte d’Azur France. “The CRT Côte d’Azur France and all of its partners are delighted with these results, which consolidate a recovery in activity that was already well underway in the spring.”

With Nice Côte d’Azur airport’s 107 destinations, 88 of those being from outside France, people from abroad have returned in droves. The numbers aren’t quite back to pre-pandemic figures but reached an impressive 85% of the norm.

This year, the North Americans returned, alongside the British, Belgians, Irish, Dutch and Scandinavians. Those coming from Russia and Asia were far lower than past years, reaching only 20% of usual.

The French also returned, with a full quarter coming from the Paris region, and another 25% from the south, excluding the Alpes-Maritimes.

The return of high-contribution foreign customers, notably the North Americans and Middle Easterners, has enabled the strong rebound in hotel turnover, which was full in the middle of the season. Tourism spending largely benefits restaurants and shops located near accommodation and other visitor hubs.

The average daily spend per tourist was roughly €65 for French visitors and €100 for those from other places. This translates to nearly €6 billion for the area.

“The exceptional results of this summer 2022 show the effectiveness of our action plan and the resilience of our destination, which knows how to create and seize opportunities to, all together, preserve and revitalise tourism on the Riviera. The role of the Côte d’Azur France Regional Tourism Committee is to continue to diversify the origins of our visitors throughout the year by making them discover the singularity of our territory between sea and mountains and our tourist offer geared towards sustainable tourism. Mission accomplished for this beautiful season!”