In 1999, the MEB held its first economic mission to Tunis, accompanied during a trip by Prince Albert. Since then, three other missions have been held in Monaco and Tunisia, allowing Monegasque entrepreneurs to discover quality local partners, encouraging them to invest in Tunisia.

During the latest visit, a Business Forum with UTICA – the Tunisian Union of Industry, Commerce and Handicrafts – has led to the signing of a cooperation agreement with the MEB.

The delegation is made up of 35 people, representing 18 Monaco entities, operating in transport, plastics, ICT, insurance, trading, coffee machines and health.

Tunisia, which is a symbol of democratic transition in the region, has always been able to count on the Principality. Today, the country is returning to growth – 2.5 percent expected in 2017 – led by tourism and agriculture, which have regained their dynamism supported by a policy of diversification of the economy.

Tunisia is a favoured destination conducive to the development of Monegasque enterprises. 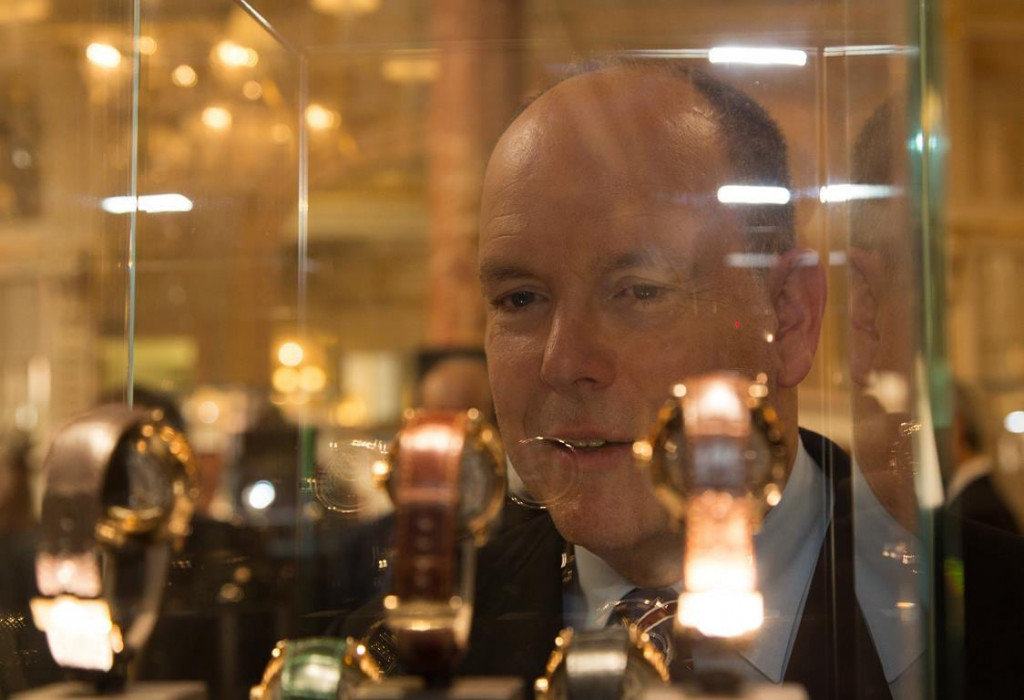 HSH Prince Albert at Top Marques Watches 2016. Photo: Top Marques[/caption] Leading Luxury Swiss watch brand TAG Heuer has confirmed its participation at Top Marques Watches & Jewellery, opening during Yacht Show week in Monaco. The famous watch brand, which belongs to the distinguished LVMH group, will be exhibiting its latest timepieces at the third edition of the Principality’s prestigious watch event being held in the Hotel Hermitage Monte-Carlo from September 28 to 30. TAG Heuer is just one of a number of exclusive watch and jewellery brands to have been confirmed for the ‘Pop-up’ show, which opens in the splendid Salle Belle Epoque next Thursdayduring the Monaco Yacht Show. Organisers also revealed on Thursday, September 21, that the patron of the show - HSH Prince Albert - has donated an exclusive timepiece by luxury Swiss watchmaker Breguet for the event’s fundraising auction in aid of Monegasque association Monaco Disease Power. Prince Albert’s extremely generous prize is one of a number of exclusive items that will go under the hammer at the Top Marques Watches & Jewellery Cocktail Party being held on the opening evening of the show. Guests to the invitation-only party in the Salle Belle Epoque will also get the chance to bid for a Franck Dubarry watch as well as art work from three major galleries in the fundraising auction for Monaco Disease Power, an organisation which supports the families of children with physical disabilities or mental illness. Managing director Manoj Bairstow said: “We are overwhelmed by the generous donation of our patron HSH Prince Albert, as well as our other big-hearted partners and exhibitors. Monaco Disease Power works tirelessly to help those in need and we are delighted that through Top Marques Watches & Jewellery, more families will be able to benefit from much-needed respite in the association’s wonderful centre.” Other brands to be represented at the Principality’s only event dedicated solely to Haute Horlogerie and Jewellery include Swiss horologer Franck Muller, ultra-high-end watchmaker DeWitt and Greubel Forsey, creator of one of the rarest current-production timepieces, the Quadruple Tourbillion. New collections to be showcased include women’s watches by Hesjy, a brand launched this year in Switzerland and Nunzio La Vecchia, more famously known for his revolutionary electric supercar the Quantino, which will be on display outside the Hotel Hermitage Monte-Carlo throughout the event. Heading up the list of luxury jewellery are four of Monaco’s most elegant brands: HRH Jewels, Sandra Biloe Joallierie Monaco, Elena Sivoldaeva and Jasre, the latter two exhibitors who are returning for their third year. Also returning to the show with a stunning Faberge egg “Empres II” is talented artist Isabelle Arpagian who specialises in creating unique artworks for historical castles, private homes and major art collectors. 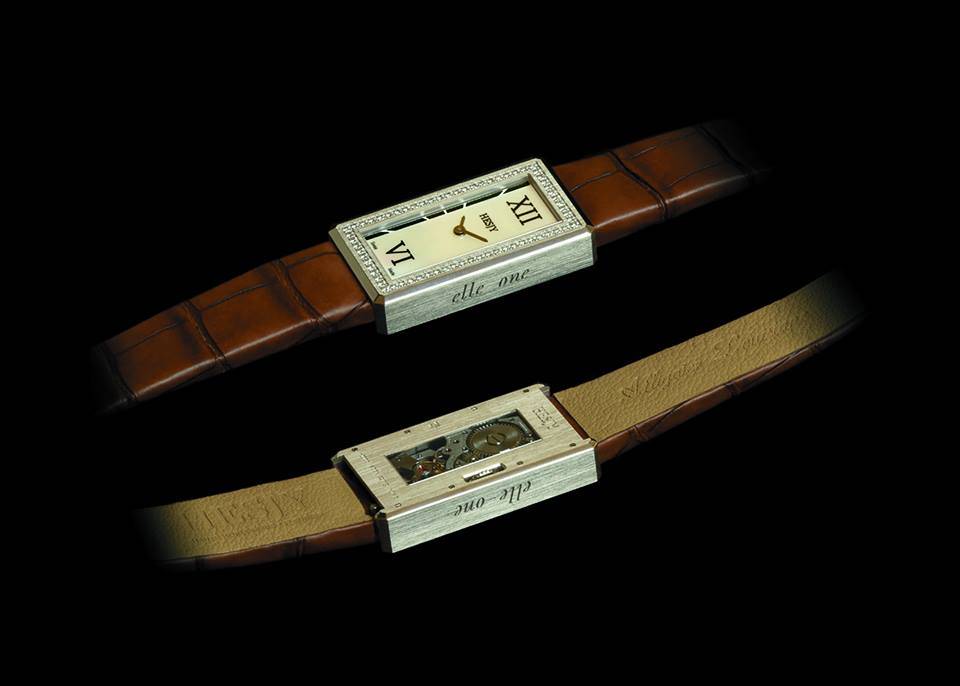 TO BE Organic is never a question...

Local News Nutrition for Naughty People - September 19, 2017
As you may have heard Monaco, we have a new organic store in town! Yuppie! The shop on rue St Charles was taken over by new owners last year, who decided to expand with a new store in the shopping arcade behind L´Estoril. Now if you didn’t know of the existence of this shopping arcade, pas de problème. I’ve been living in the area for the past 8 years and I’d never set foot in the shopping arcade until recently when I went and checked out TO BE – the organic (bio) store. Set right behind Avenue 31, the closest car park is Larvotto or take the 5 or 6 bus and get off at Larvotto. Go through the arcade to the back of the building and turn left and you will find TO BE at the bottom right hand side. What’s new inside A great selection of fresh fruit and vegetables, most of which is local. The owner was proud to say that they get a lot of their produce from “La Brigue” which is around 40 km inland from Monaco. The advantage of eating local is that the food will not have to travel far between the earth and your plate, meaning that it will retain most of its nutrients and have a low carbon footprint. Eating local also means eating seasonal foods, a great way to support your health. I never really paid much attention to this fact until I studied Ayurveda, one of the world's oldest whole-body healing systems. According to Ayurveda, “Nature provides the ideal harvest for each season to keep us strong, healthy, energised and focused”. I used to eat the same type of food all year around like salads, berries and leafy greens and wonder why the heck I would always get so cold in winter. With Ayurveda, the type of food you eat is recommended in summer for its cooling effects and vice versa. So last year I decided to give into eating seasonal produce over winter instead and guess what? I never got cold! You’ll notice that as the weather gets colder, we naturally crave winter vegetable soups, nuts, grains and high fat foods such as meat and fish. Our bodies need this type of fuel in winter and it’s wise to give into what it craves and to buy what’s in season. “La nature est bien faite” as we say in French! [caption id="attachment_21952" align="alignnone" width="640"] 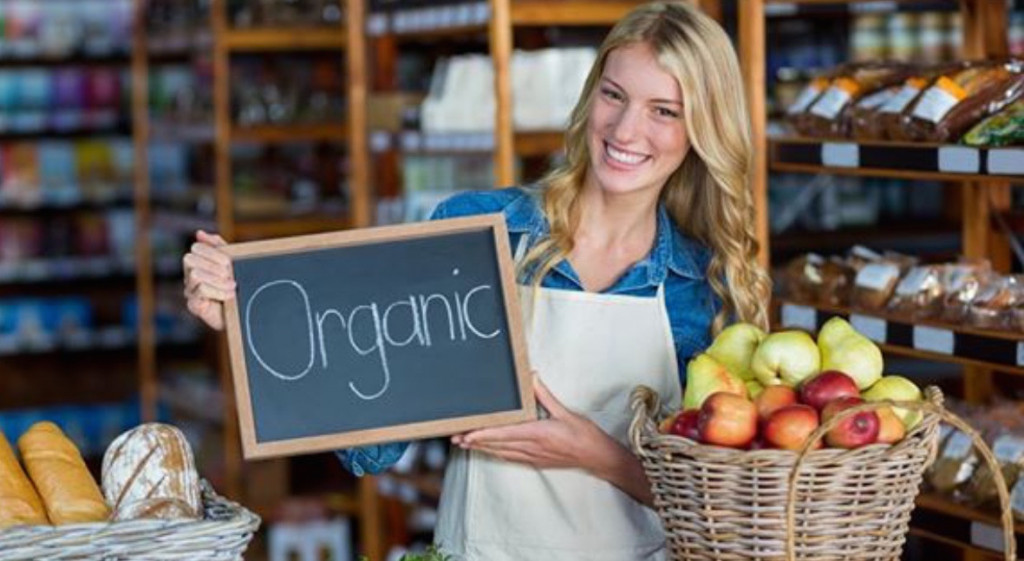 Photo: Facebook ToBe Monaco[/caption] Beyond the fruit and veg Beyond the seasonal fruits and vegetables, TO BE also has a great selection of seeds, nuts and whole grains. I believe it’s the only place in Monaco, much to my delight, where I’ve managed to find hemp seeds. Hemp seeds are vegan and a natural source of protein that can be added to smoothies and salads for example. As they are unprocessed, digestion is much easier than most protein powders, like whey, for example. In other aisles Finally, you’ll find a good selection of teas, Manuka honeys and other winter warming stuff at TO BE, as well as a small selection of organic meat, chicken and fish. The shop, open Monday to Saturday, 9 am to 7 pm, is family-owned so depending on when you go, expect to either be served by mom, dad, their gorgeous daughter or one of the employees. I’ve been told that some of Monaco's top athletes have already picked up a few groceries here so if it’s good enough for them, I think it's good enough for the rest of us, too. Article first published September 19, 2017.Maddy is the Founder of Nutrition For Naughty People, aimed at helping individuals find a better balance between the things that keep them healthy and the things that make them happy! Any questions? mk@nutritionfornaughtypeople.com. (Feature image: @viktoriakhatib)