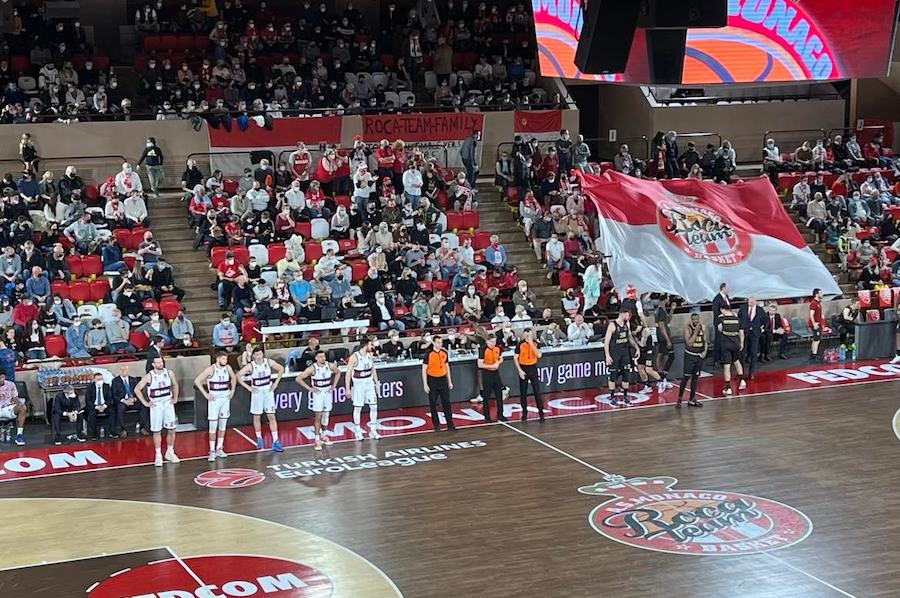 Three games in as many days yielded contrasting results for AS Monaco Basketball. Out of the French Basketball Cup, they can now concentrate on securing an increasingly likely Euroleague play-off spot.

Victory over Spanish side Baskonia on Friday rarely looked in doubt (78-68). Whilst the usual suspects (Donatas Motiejūnas, Mike James) underperformed relative to their recent high standards, more peripheral players stepped up when needed most.

Will Thomas finished as top scorer on the night with 16, whilst Dwayne Bacon (14) and Donta Hall (10) also impressed. Hall, who had 100% accuracy on the night, has a particular knack of getting fans to their feets, his emphatic dunks and impressive defensive blocks punctuate games like exclamation marks.

Alpha Diallo (10) also impressed, and in light of a quieter performance from James, also took up the role as playmaker. The match was decided during another spectacular second-quarter (24-13), as Sasa Obradovic’s men managed the game through the second-half.

Monaco’s star performer on the night Thomas told Monaco Life that he believes the side are in a good position to secure the play-off position. “We are in a better rhythm, a better mood as a team. The guys are playing really well together on both ends of the floor.” The American continued, “I think it’s in our hands (play-off qualification). We just need to win the next two games, or at least just one of them and we’ll see what happens.”

As Obradovic pointed out, however, his side isn’t over the line just yet. “We have two games to go. These will be two finals.” A trip to Milan and a finale at home to Alba Berlin stand between Monaco and a Euroleague play-off spot. Should they secure it, it will be an impressive feat for a team that are making their debut in the top division of European basketball this season.

Monaco didn’t fare as well in the domestic cup competition. Playing their second game in less than 24 hours, there was understandably a great degree of squad rotation. However, it was Paris Lee (16) and Hall (12), both of whom were prominent in the game against Baskonia, who were pivotal against Bourg-en-Bresse as the Roca Team secured their semi-final place in Angers (74-65).

Danilo Andjusic (12) and Yakuba Outtara (10) were also impressive, the performance of the former was especially noteworthy given that it was his first match back following injury. Victory ensured that Monaco would play a gruelling third match in as many days. Those hours in transit and on the court eventually caught up with them.

A second-half collapse, and subsequent overtime mauling saw Monaco fall out of the competition at the doors of the final (86-73). Having constructed a 12-point lead during the opening two-quarters, Obradovic’s men lost control of the match after half-time, and although Outtara took the game to overtime in the dying seconds, it wasn’t enough. Monaco had run out of steam, their exhaustion reflected in the 16-3 scoreline in the overtime period. Although undoubtedly disappointed not to reach next month’s domestic cup final, the Roca Team’s season is far from over.

On course for the play-offs in their domestic division, Monaco could also put themselves on the brink of European play-off qualification with a win in Milan on Wednesday.

?The @ASMonaco_Basket Euroleague play-off chase approaches its climax. The first in a run of 3 crucial games has just tipped-off in the Salle Gaston Médecin. #Rocateam #Euroleague pic.twitter.com/WzDBFC2jbZ 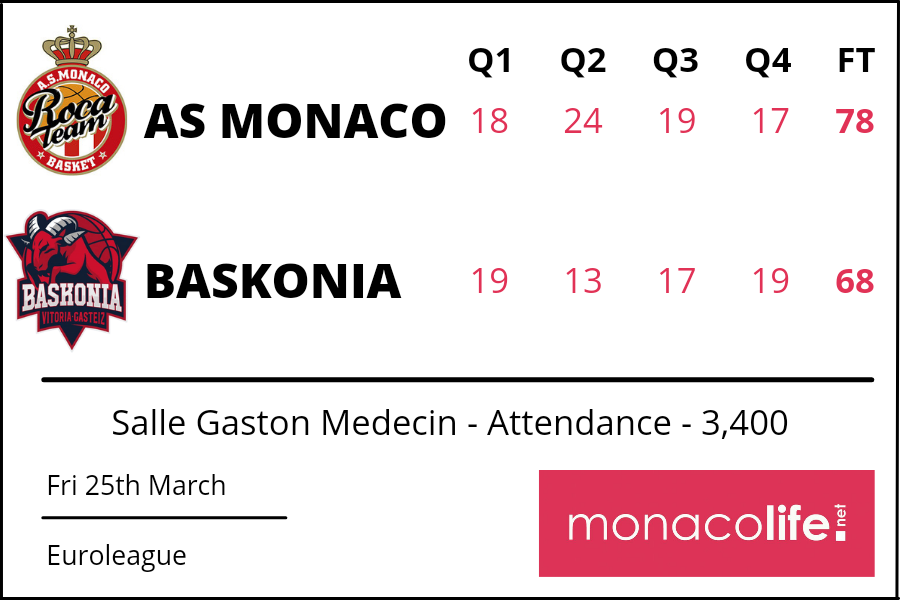 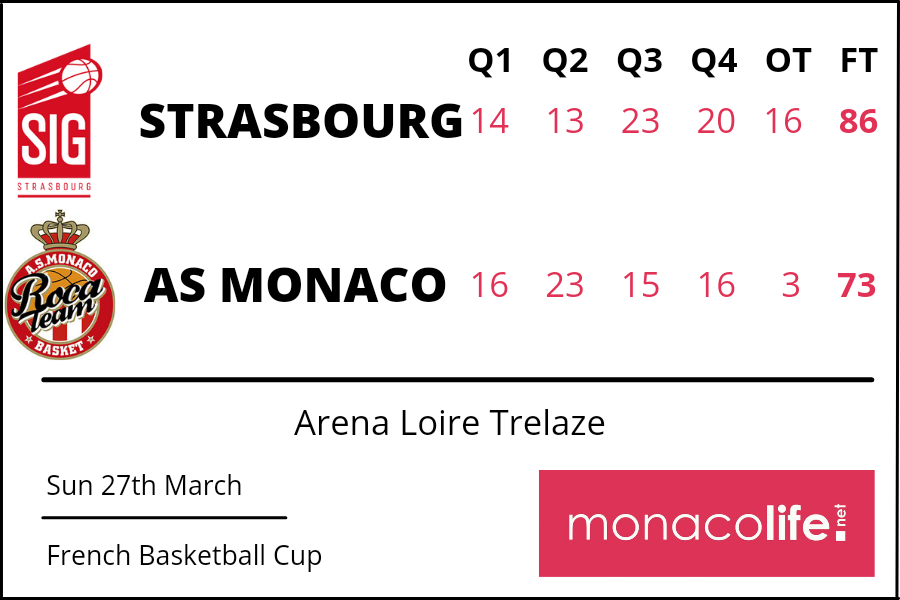 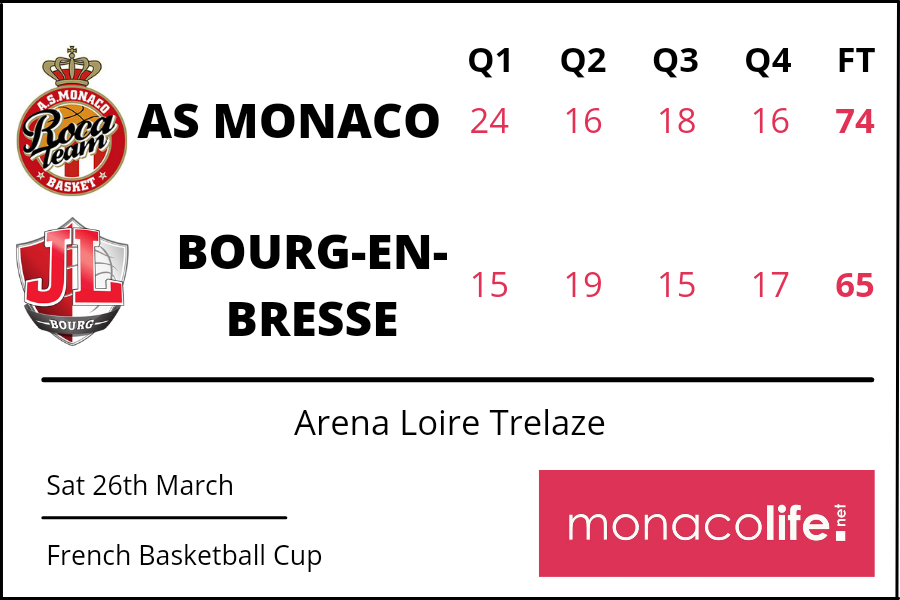