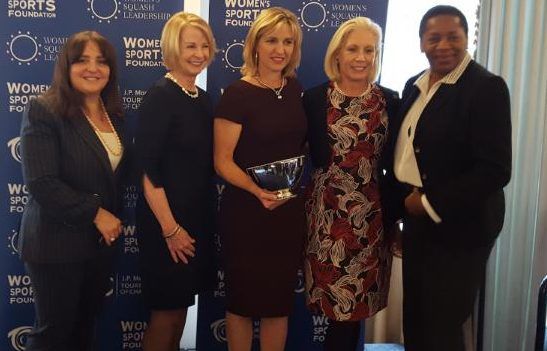 Ambassador Isabelle Picco, Permanent Representative to the UN, was invited to present the topic of the Role of Sport for Development and Peace in the UN Agenda, during the Fifth Tournament of Champions Women’s Leadership Award Programme on January 23. Many top athletes were present.

In her speech, the Ambassador recalled that the first General Assembly resolution in the field of sport was adopted almost 25 years ago. She added that the Assembly adopts a resolution every two years on the importance of the Olympic ideal, which this year at the Olympic Games in PyeongChang, Republic of Korea, takes on its full significance.

She highlighted the work of the Member States, UN Agencies and Programmes, as well as that of the International Olympic Committee, promoting the development of important cooperation activities with the United Nations system.

The benefits of this event were donated to the Women’s Sports Foundation, created in 1974 by Billie Jean King, a true visionary, whose unwavering commitment is now paying off. The Tournament of Champions” was established in 1993 and is now held every January in the heart of Grand Central Station.

Oliver Mura. Photo: Philippe Fitte[/caption] JCI’s outgoing president Oliver Mura opened the event, followed by Director of Business Network Events 2017 Laetitia Mikail, who explained that, in addition to the obvious sporting attractions of international stature in the Principality – the Grand Prix, the Rolex Monte-Carlo Masters and the Herculis track and field meet, Monaco is home to 70 sports associations and 38 sports federations. Genevieve Berti commented that “sport is a universal language” and that the Government’s Communications Department is responsible for all the PR for AS Monaco Basketball, and with a budget of €1.5 million per year, they want the team to be known internationally as a Made in Monaco product. She added that while sports unite people in values and solidarity, when you are a small country like Monaco, you must look to the outside. Ms Berti also pointed out the long history of basketball in Monaco – AS Monaco was created in 1924 – with the Harlem Globetrotters playing in Monaco and the US American Dream Team, including Michael Jordan, practiced in the Principality prior to the Barcelona Olympics in 1992. NBA Legend Magic Johnson, a frequent visitor to Monaco, celebrated his 25th wedding anniversary at the Yacht Club last year. [caption id="attachment_26577" align="alignnone" width="640"]

Dr Ilhani Aygun (President of the AS Monaco Basketball Partners Association and President and CEO SSI-Monaco Space Systems International Monaco), Oleksiy Yefimov (General Manager of AS Monaco Basketball) and Geneviève Berti (Director, Government Communications Department). Photo: Philippe Fitte[/caption] This international appeal is the reason for the creation of the AS Monaco Basketball Partners Association. As its president, Dr Aygun, said, “This association will give us a voice in the world of basketball, to attract more sponsors which will financially support the club and provide sustainable long-term success.” Success seems to be a key word for AS Monaco Basketball, also known as Roca Team. GM Oleksiy Yefimov painted a clear picture: “Four years ago, Monaco’s basketball team was in the 3rd French Division and less than 100 people would come to a game. Last weekend, the match was sold out with 3,000 fans in attendance and we now lead the Pro A Division.” Riding on a wave of victory, Roca Team has won nine consecutive games and is looking for number 10 this Saturday, December 23, at 7 pm, when they play ESSM Portel in Salle Gaston Medecin – a game which will be complete with cheerleaders and a Kiss-Cam. [caption id="attachment_26601" align="alignnone" width="640"]

Sergiy Gladyr, Paul Lacombe and Amara Sy.
Photo: Philippe Fitte[/caption] As is fitting just before Christmas, this weekend’s match will join in the spirit with a collection of new toys for children and adolescents for the French non-profit charity, Secours populaire. AS Monaco Basketball and the National Basketball League count on the generosity of fans in this holiday season: receptacles will be placed at the entrance to the Salle Gaston Medecin to accept gifts. Wednesday’s Business Time event was partnered with EFG Bank, Your Private Driver, Studio Gentile, Monaco Receptions, Gordon Blair and Athos Partners. [gallery td_select_gallery_slide="slide" size="large" ids="26576,26585,26581,26602,26579,26593,26600,26598,26597,26596,26595,26594,26592,26591,26589,26587,26586,26582"] Business Time is a quarterly event in French and English dedicated to Networking in Monaco to highlight an example of excellence in the Principality, with the exceptional participation of recognised speakers. For more see the website. 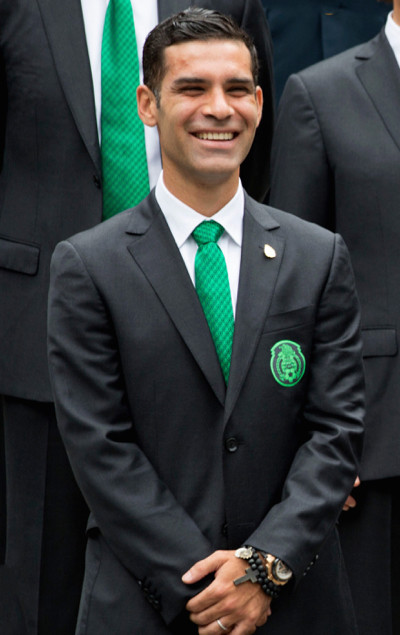 Rafael Márquez July 2014. Photo: Comida con la Selección Nacional de Futbol/Presidencia de la República Mexicana[/caption] Former AS Monaco player Rafael Marquez is suspected of having been involved in a vast network of drug trafficking. All his property in the United States has been frozen, according to the US Treasury. Raul Flores Hernandez is the alleged leader of the network, which involves 22 Mexican citizens and 42 other “entities”, according to the American authorities. Mexico has seized property belonging to Mr Hernandez and his network, known as the Flores drug trafficking organisation, including the Grand Casinos in the Guadalajara region of western Mexico. US authorities point out that these sanctions come after several years of joint investigations with their Mexican counterparts. Rafael Marquez has denied involvement. He said: “I categorically deny any relationship with this organisation and with the events in question.” He said he was trying to clear his name, adding that he had voluntarily presented himself to the Mexican Ministry of Justice. Rafael Marquez played for AS Monaco from 1999 to 2003, during which time the team became becoming champion of France, in 2000. He then joined FC Barcelona, where he still plays.